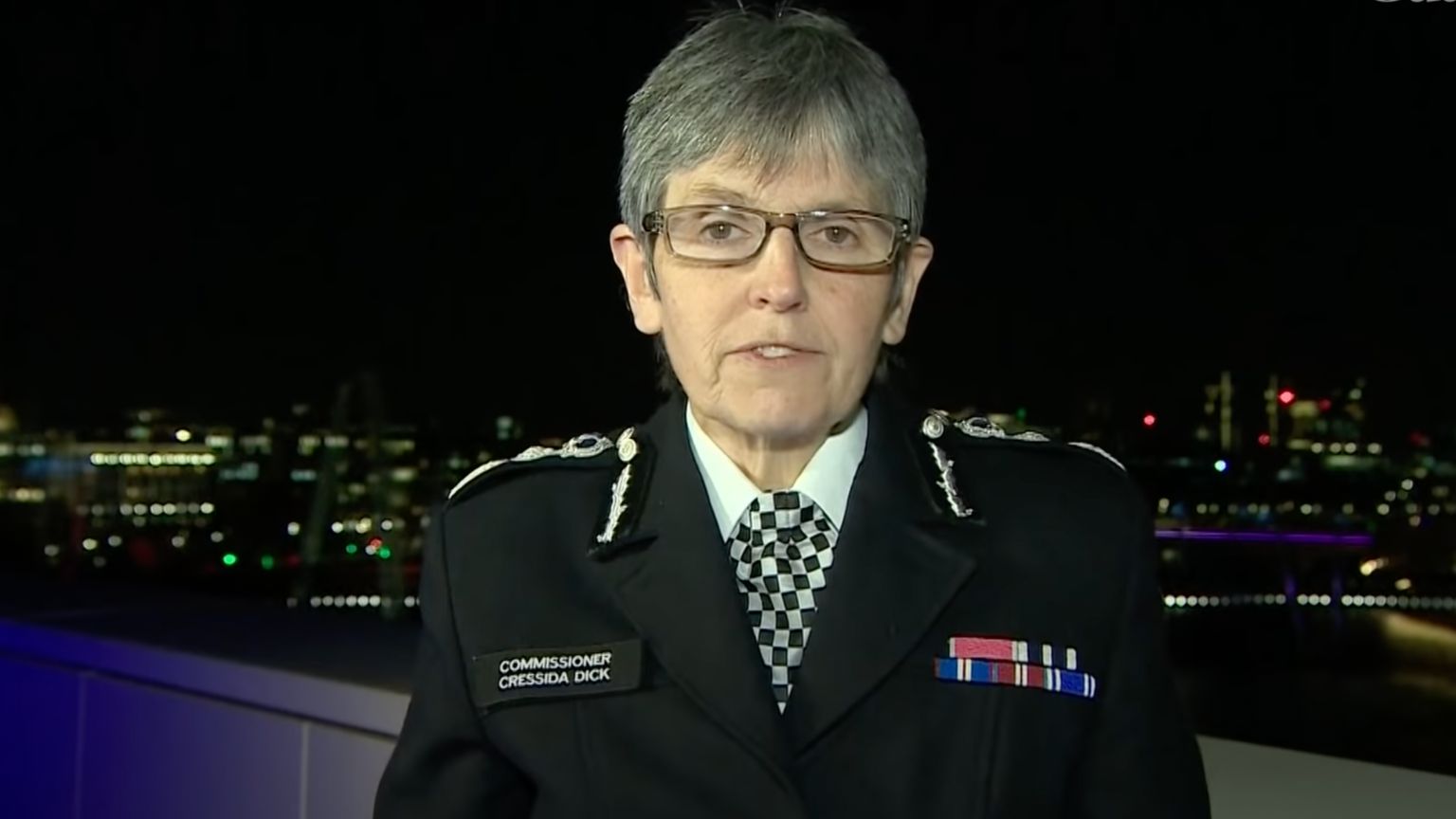 Dame Cressida Dick, the controversial London Metropolitan police commissioner, is on her way out after handing in her resignation.

But, on her way out, Dick suggested that one of the highlights of her career was her support for increasing the power of the surveillance state in London.

“This Met is looking to the future and is ready for threats to come. Officers are better equipped and better informed as we take advantage of mobile and other technologies and forensic capabilities, and introduce better uniform and safety equipment,” Dick said in her resignation statement.

“We are delivering enormous transformational change, improving our systems and trialing innovative and state-of-the-art technology including live facial recognition and faster ways to capture and examine digital information,” she added.

It’s not yet known whether her successor will be as favorable of the invasive technology but, as of late, civil liberties in the UK are being dealt with blow after blow.

During her term Cressida Dick attacked critics of facial recognition use in law enforcement, saying they are ill-informed and use highly inaccurate arguments.

Still, the Met went ahead and launched the technology.

“I and others have been making the case for the proportionate use of tech in policing, but right now the loudest voices in the debate seem to be the critics, sometimes highly incorrect and/or highly ill-informed,” she said. “And I would say it is for the critics to justify to victims of crimes why police shouldn’t use tech lawfully and proportionately to catch criminals.”

The commissioner went ahead to bust what she called “myths” surrounding facial recognition by the police.

She said that the Met’s facial recognition technology doesn’t store biometric data and does not have an ethnic bias. Dick also said that human police officers will always be responsible for making decisions. She argued for the system further by saying the Met has been open and transparent about it.

The commissioner also argued that privacy came over safety.

“Speaking as a member of public, I will be frank. In an age of Twitter and Instagram and Facebook, concern about my image and that of my fellow law-abiding citizens passing through LFR [live facial recognition] and not being stored, feels much, much, much smaller than my and the public’s vital expectation to be kept safe from a knife through the chest.”

Her comments were criticized by civil liberties and digital rights groups.

Liberty said that her language was “misleading and dangerous,” adding that facial recognition technology undermined the safety of people “by handing extraordinary power to the state to control our movements and behavior.”

Big Brother Watch noted that Dick ignored a report by Prof Pete Fussey. The independent review of the trials of the Met’s LFR system found that the system was verifiably accurate in only 19% of the cases.

The groups said: “It’s unhelpful for the Met to reduce a serious debate on facial recognition to unfounded accusations of ‘fake news’. Dick would do better to acknowledge and engage with the real, serious concerns.”