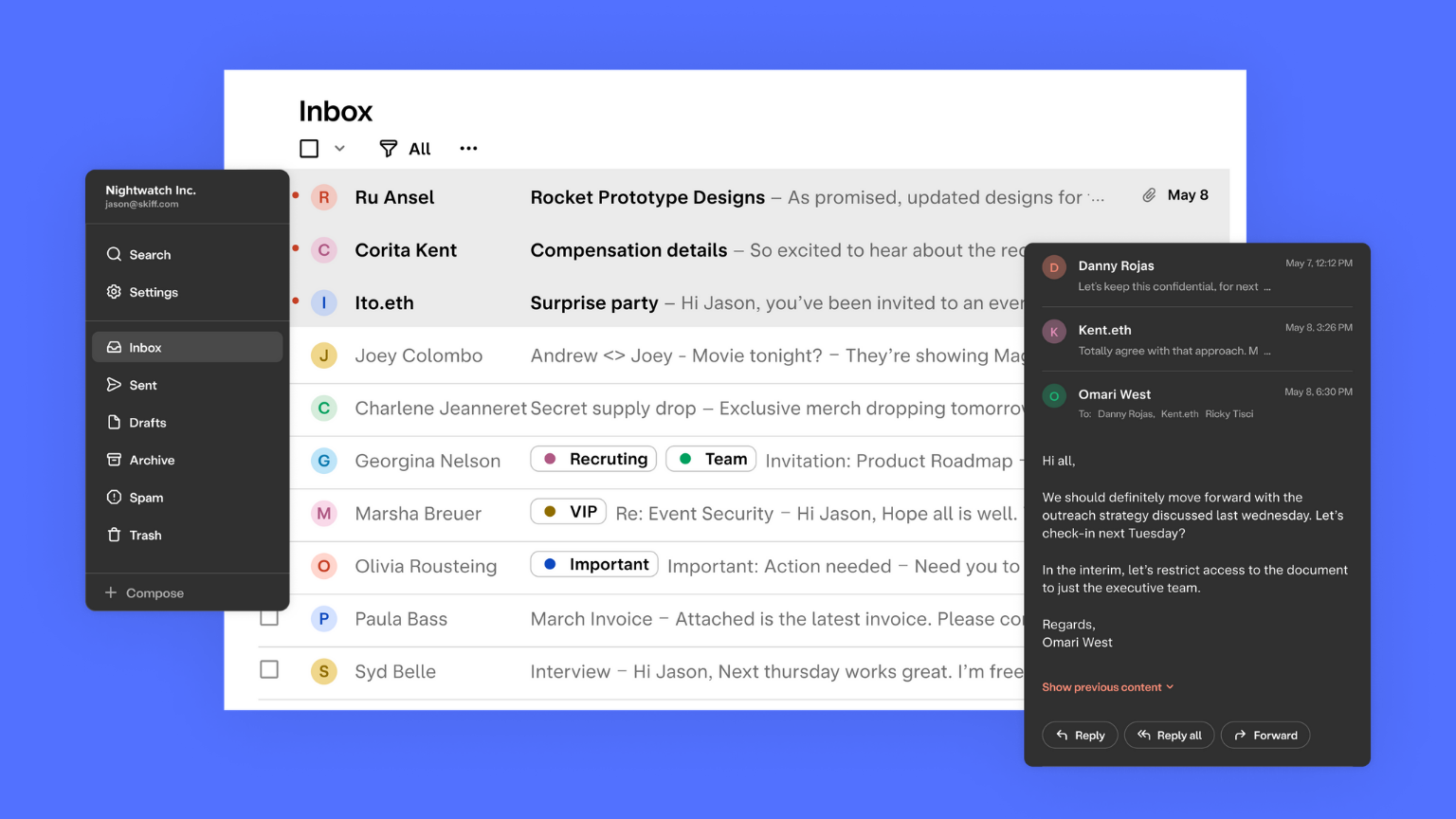 Skiff, an end-to-end encrypted office collaboration and workspace company, has created an initial alpha build of the email arm of the business.

This is one of the email services that have lately sprung up in a bid to gain traction (as alternatives to the likes of Gmail), whose focus is on security and privacy.

Skiff Mail makes sure to stress the importance of encryption, which secures communication between participants and makes all other parties, including the service itself, unable to access this content. 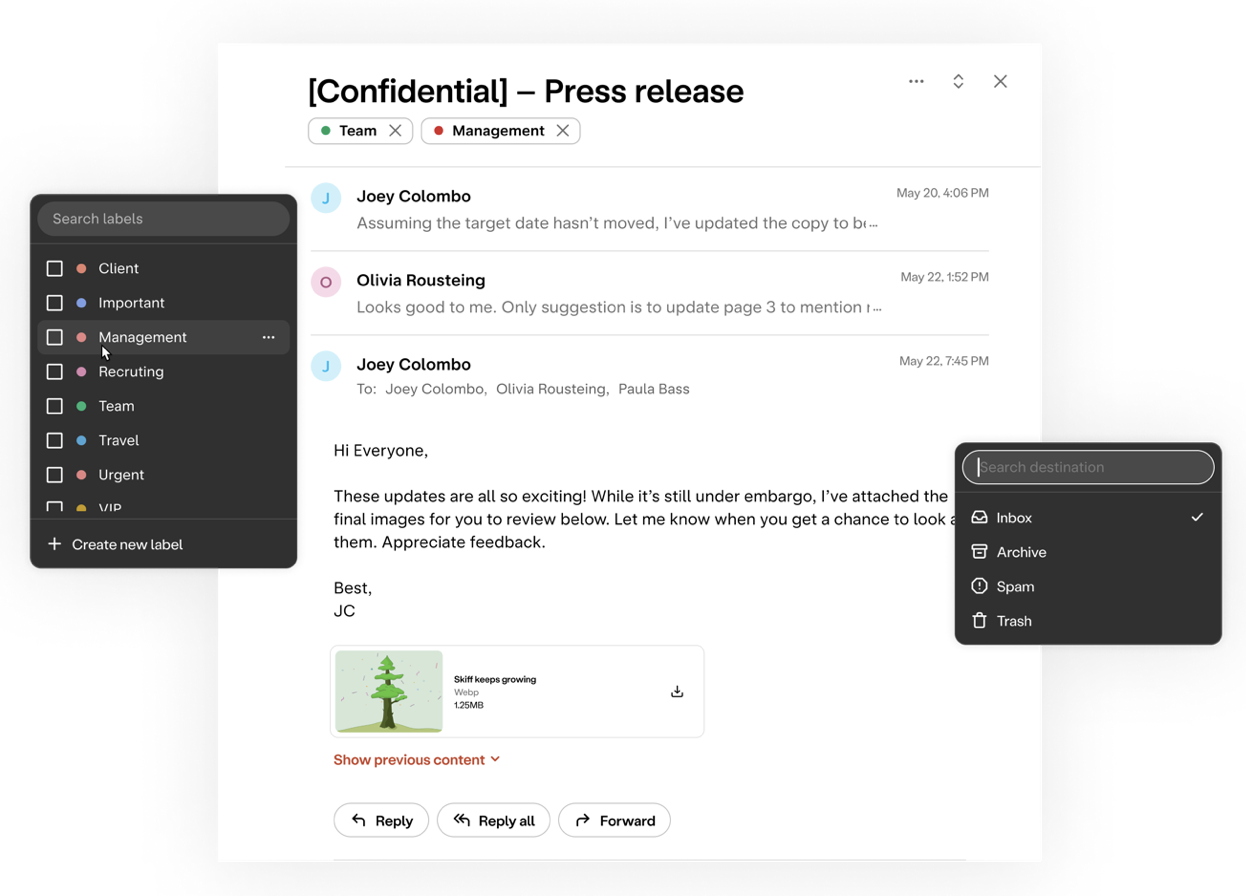 A way to ensure trust in these promises is to open source software and make the code available and verifiable to everyone, which Skiff says it has been doing since day one.

Some of the features include what its makers call “the first-ever end-to-end encrypted productivity suite” with docs, email, and the possibility of remote collaboration. There is also the search function that takes place on people’s devices (client-side), meaning that encryption is not compromised.

In addition, content is synced across multiple devices thanks to the mobile app versions of Skiff.

Users of existing email services like Gmail, ProtonMail, or Outlook can migrate to Skiff Mail in a process that’s said to be easy and private. 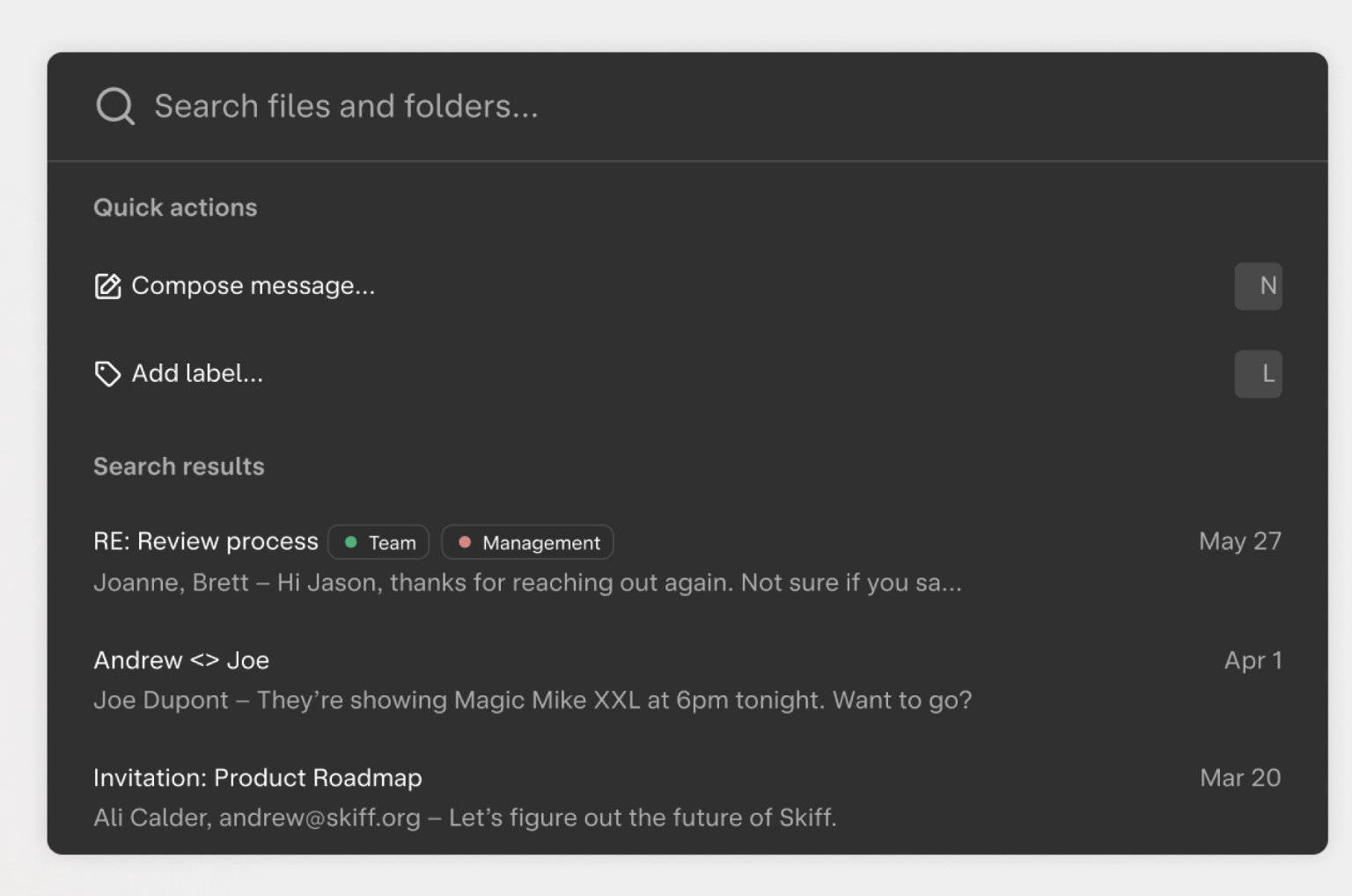 Skiff can be used free of charge by individuals, offering unlimited pages, desktop, mobile, and tablet access, and IPFS (a peer-to-peer network and protocol storing and sharing data in a distributed file system, also used in Skiff’s Google Docs alternative, developed in partnership with Protocol Labs.)

The “Pro” tear costs $8 per month (annually), offering features from the “Personal” plan, plus full-text search and unlimited document version history, as well as priority support.

Users can also log into Skiff using their MetaMask wallet designed to interact with the Ethereum blockchain.

Reports back in March said that Skiff had secured $10.5 million in funding to develop an end-to-end encrypted document editor. The project started with the goal of providing a Google Docs alternative, and encryption seems to be the differentiating factor that the startup intends to focus on.

Co-founders Andrew Milich and Jason Ginsberg said at the time that their company’s goal was to become the application layer for the decentralized web.