A lot has been said over the years about how, when, and if Big Tech allows law enforcement agencies access to massive amounts of personal user data these companies are constantly collecting and monetizing. Usually, the story has been that they either do it under pressure, or at least attempt to fight back.

But a new report now says that Google has been doing it voluntarily, and “regularly” – having set up its own “investigative unit,” something called the CyberCrime Investigation Group (CIG) – to single out mostly what are referred to as “far-right” users.

That’s according to the Guardian which cites a document it has seen that come from a recent hacking effort, known as Blueleaks, containing hundreds of thousands of documents spanning the period between 1996 and 2020.

What’s referred to as detailed personal data that was handed over to a Bay Area, California anti-terrorist unit came from user accounts on Google, YouTube, Gmail, and the behemoth’s other properties.

At the same time, users whose content posted on these services, while being viewed as extremist and threatening enough to justify getting their personal data secretly handed over to law enforcement, in many cases were not removed by Google.

Steven Renderos, executive director of MediaJustice, a nonprofit campaigning for a more just and participatory media wrote in an email: “In a moment of reckoning on the failure of police to keep people safe, it is reckless for Google to hand off private user information to law enforcement.”

Renderos added: “While the prevalence of hateful activities across Google owned platforms is a real problem, deflecting responsibility to police is not the solution.”

One way Google goes about identifying its users in order to report them to law enforcement is by cross-referencing different Gmail accounts that eventually lead them to a single Android phone.

The examples cited by the Guardian appear extreme in their language, and are qualified as “apparently threats” – these are cited in detail, and, according to the report, appear in comments on a plethora of topics, such as controversies surrounding race, coronavirus, and antisemitism. But Google has also been spying on and reporting to the authorities users who appeared to be in mental distress, indicating suicidal thoughts or intent to commit self-harm. 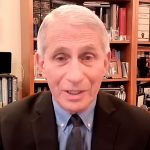 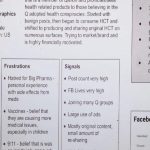 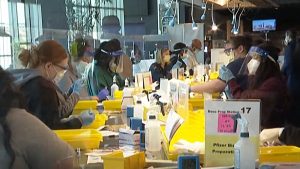 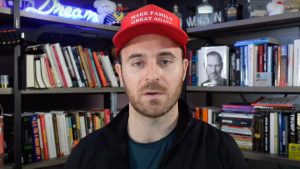