An interesting attempt that will ultimately likely fail.
Share

Even dominant centralized social media companies enjoy First Amendment free speech protections, which is why they are legally able to remove accounts and content they disapprove of, whether or not that at the same time means the spirit of free speech for their users has been rendered useless in today’s always-online world.

This argument came to light as Florida Governor Ron DeSantis proposed a new act, called “Transparency in Technology” that would seek to prevent giant networks from deplatforming candidates for office in his state.

He leveled a number of accusations at Big Tech from a conservative perspective, calling these companies out for censorship and undermining of privacy, and announcing that the bill, if passed, would include $100,000-per day fines for any of them who ban candidates for office in Florida. 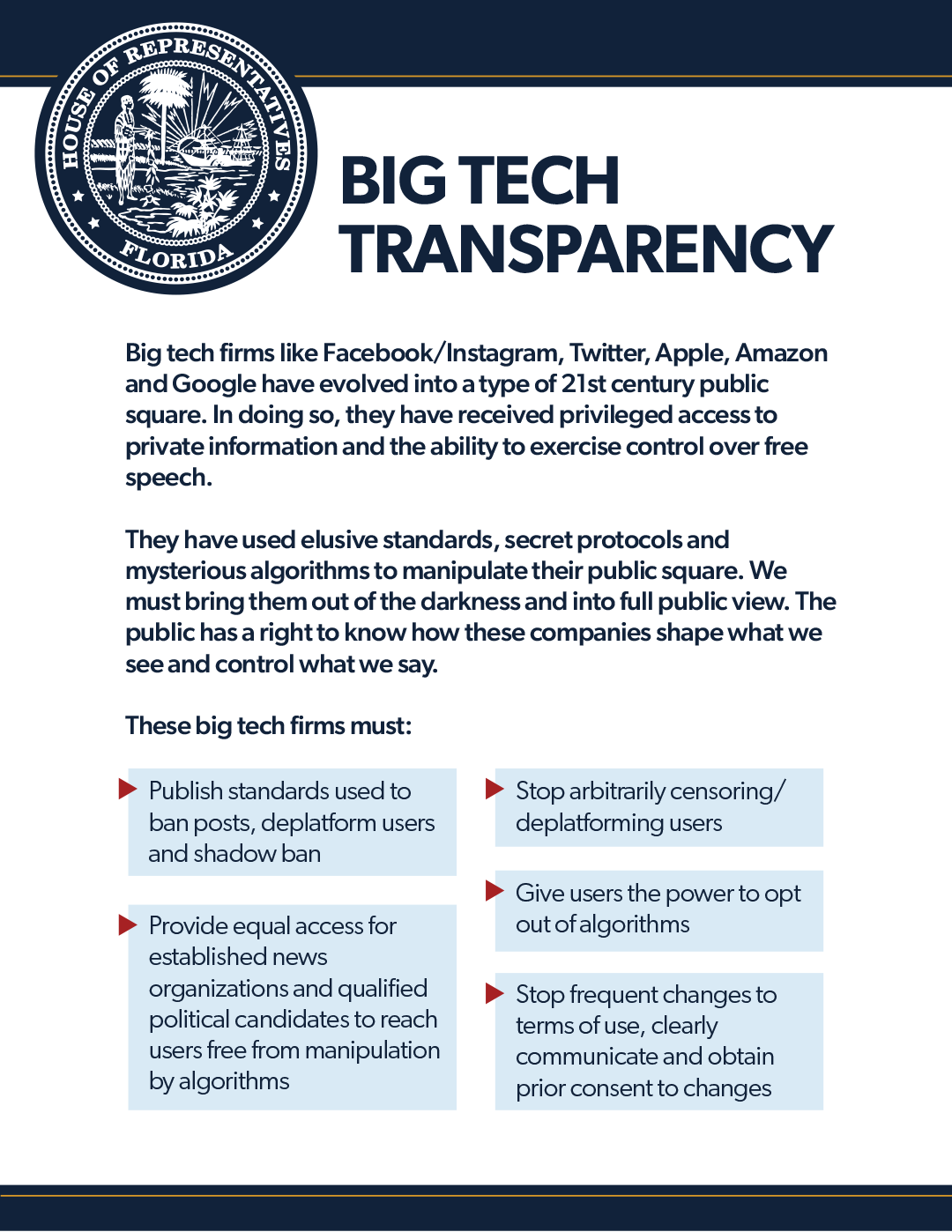 The current system is rigged, DeSantis said as he announced his recommendations, condemning Twitter, Facebook, and others of turning into enforcers of narratives where they used to be “neutral platforms.”

These recommendations, that should be a part of the bill, also call for social media platforms allowing users to opt out of content algorithms and provide them with legal cause of action.

It sounds like a good way to end some of the centralized Big Tech censorship we’ve been seeing in recent times – but it’s not likely to get very far.

State Senate President Wilton Simpson, however, while agreeing that Big Tech is targeting conservatives, said that the state level was probably not the right place to try to enact these changes, and that a nationwide action and the support of Congress was needed for this.

However, not everyone agrees that companies behind social media have any duty at all to allow a plurality of voices, or even discussions on their platforms.

That’s because the First Amendment protects their right to free expression, i.e., to ban expression they dislike and gives them protections against being forced to publish a message they don’t agree with.

Many equate social media to publishers to cite a previous Florida law that was found to be unconstitutional by the Supreme Court (Miami Herald Pub. Co. v. Tornillo, 1974) for requiring newspapers to print political candidates’ responses to their articles. In that case, the court said that this would violate the First Amendment rights of private companies, publishers or not.

So while Big Tech censorship is a major problem in today’s world, don’t expect legislation such as this to get through unchallenged.