Throughout the whole interview, everything that separates us is highlighted.
Share 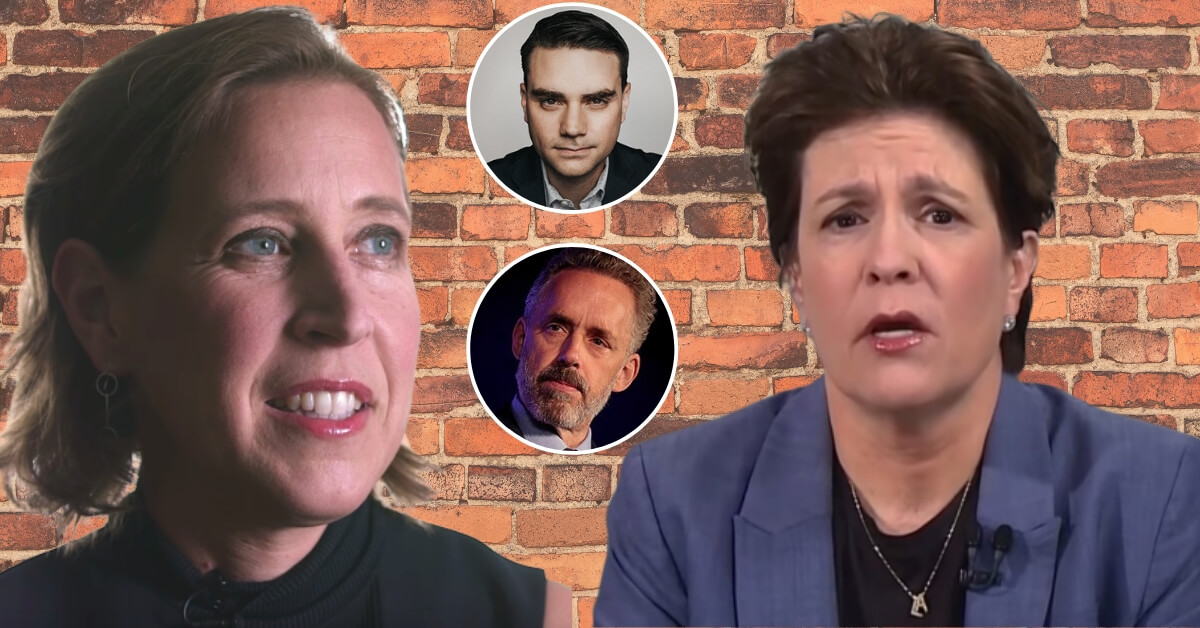 The CEO of YouTube, Susan Wojcicki, was on the famed Silicon Valley guest show Recode with host Kara Swisher, to talk about the latest news surrounding YouTube.

And what was one of the first things on their agenda list?

After the initial introduction, they had to warm up the audience’s attention, they went straight into the main points they wanted to discuss during the half-hour interview.

The first topic they got into was the recent pedophilia group they uncovered targeting minors on the YouTube comment section. She went on to announce, to prevent this from ever happening again, they will instate a blanket ban on all YouTube commenters, not allowing anyone to comment on a video with a minor again.

It seems just a tad bit extreme if you ask me.

They also built a new comment classifying system that can more quickly identify users who are deemed problematic. I am not sure about the details or the transparency about this new system, but we have to hope it works and doesn’t mistarget users.

The host Kara Swisher then references an article from The Verge that talked about how Facebook moderators are bad because they don’t do a good enough job regulating conspiracy videos, and they instead get caught up watching the videos and memes themselves, which causes them to go into a mentally dark place and have sex in stairwells.

After spending the first several minutes pushing the YouTube CEO hard to strengthen their speech control machine learning algorithms, they go really hard and let everyone know where they stand, by bluntly associating Ben Shapiro and Jordan Peterson with neo-nazis.

“My son, who is 13 years old, started watching Ben Shapiro videos. And he’s like the gateway drug to the next group. And then it goes right to Jordan Peterson, then it goes down and in three clicks he was in Neo-Nazi stuff. It was astonishing,” said Kara Swisher.

Susan had an astonishing response to this.

“No, we can work on your son here, I have a son too and I get some of these discussions also at the dinner table. I think what you’re describing is — and the way we think about it, too — look, there’s a set of content that has to meet the community guidelines. Ben Shapiro is going to meet the community guidelines. I don’t think you’re suggesting that we remove him from the platform. Are you?”

Kara then responds by saying “I would, but I can’t.”

What’s astonishing is the last sentence she said here. She just finished mentioning how Ben does a good job meeting the guidelines, freeing him from any negative treatment, but then still asks the question if they should ban him. It was a subtle way to even bring up the question, in order to at least start the discussion of getting him banned off the platform.

They have censored and banned many others like Shapiro. It seemed like to me like she was trying to instigate something here, maybe not right at the moment of the interview, but slowly creep it in the audience’s minds.

Also during the interview, Susan credits Kara and her show for helping to steer the direction of YouTube’s general thoughts and decisions.

“Now you’ve been around a long time, do you think it’s changed a lot? Because it doesn’t feel like it has. I mean, let’s be honest,”
Kara asks.

“I think it has changed,” Susan replies.

Susan replies, “Actually, I think you’ve been helpful in changing it.”

“Yes, I know that, but I can only say you fucking assholes so many times before it loses,” Kara replies.

Essentially what this means is, whatever Kara brings up and makes popular on the show, big tech companies like YouTube gain justified momentum to take action and implement whatever censorship they want, like potentially banning Ben Shapiro. Kara herself wholeheartedly agrees to the banning of Ben Shapiro as she mentioned it in the interview while calling him and Jordan Peterson a neo-nazi.

Ben immediately took notice and responded to the interview on Twitter by saying:

“@karaswisher, I’m glad your son watches my videos! It seems rather illiberal of you to ask YouTube to ban my videos. @susanwojcicki, I’m pleased that you aren’t interested in banning me; you probably shouldn’t give in to people who lobby you to ban those they don’t like.”

“@karaswisher is also deeply perturbed that her son has watched @jordanbpeterson videos. And she suggests that Silicon Valley must do something about this Big Problem.”

In a stranger tweet, Kara replied to Ben by implying that’s not what she meant. She goes on to say how she doesn’t stop her son from watching but then goes back to say I did, in fact, mean it, I just meant that I personally want to ban you and would not have Susan do it.

Here is the back and forth exchange they had:

“I was saying that for me then obviously said no, no to her when she asked directly. But make hay out of it if you want since that is your specialty. And I obviously do not stop my kid from watching either. So stop the loud and inaccurate hand waving”

Ben Shapiro, “I directly quoted you and screen capped the entire exchange! I’m glad, though, that now you are clarifying that you don’t want to ban those who disagree.”

“It says I would personally but “no, no” to her question if I would have her do it, Ben. I was very clear when Susan and I talked about Alex Jones that I thought she should ban him for breaking the rules. But you know that.”

Why would she ask Ben to stop the “handwaving” when she just said she would personally ban him? It’s quite a strange way to try and dodge yourself out of the fire.

Anyhow, throughout the rest of the podcast, Kara constantly reminds us how white males are bad, brings up how not enough females and minorities are working for YouTube, while Susan prompts it up and agrees with everything she has to say.

Throughout the whole interview, everything that separates us is highlighted. All the hate that comes from Kara goes through Susan Wojcicki, the CEO of the biggest social media platforms, who then soaks all that up and spits it back to us and onto her platform.

The interview was just another reminder of where things are at in the Silicon Valley culture.