Mendocino County, Northern California, has prohibited since April 10 any artistic expression that involves singing or the use of wind instruments in church services online, with the alleged intention of preventing the COVID-19 spread.

The precautions that have been applied to prevent the coronavirus spread are very varied. Although there are general regulations, each area decides to face the disease in its own way.

Some cities have issued security measures specifically aimed at churches, stating that sermons should be held only online – that is, using streaming services.

Even with this restriction, (see the notice here) only up to 10 people are allowed in the chapels from where the transmission is made, and each must be 6 feet apart. 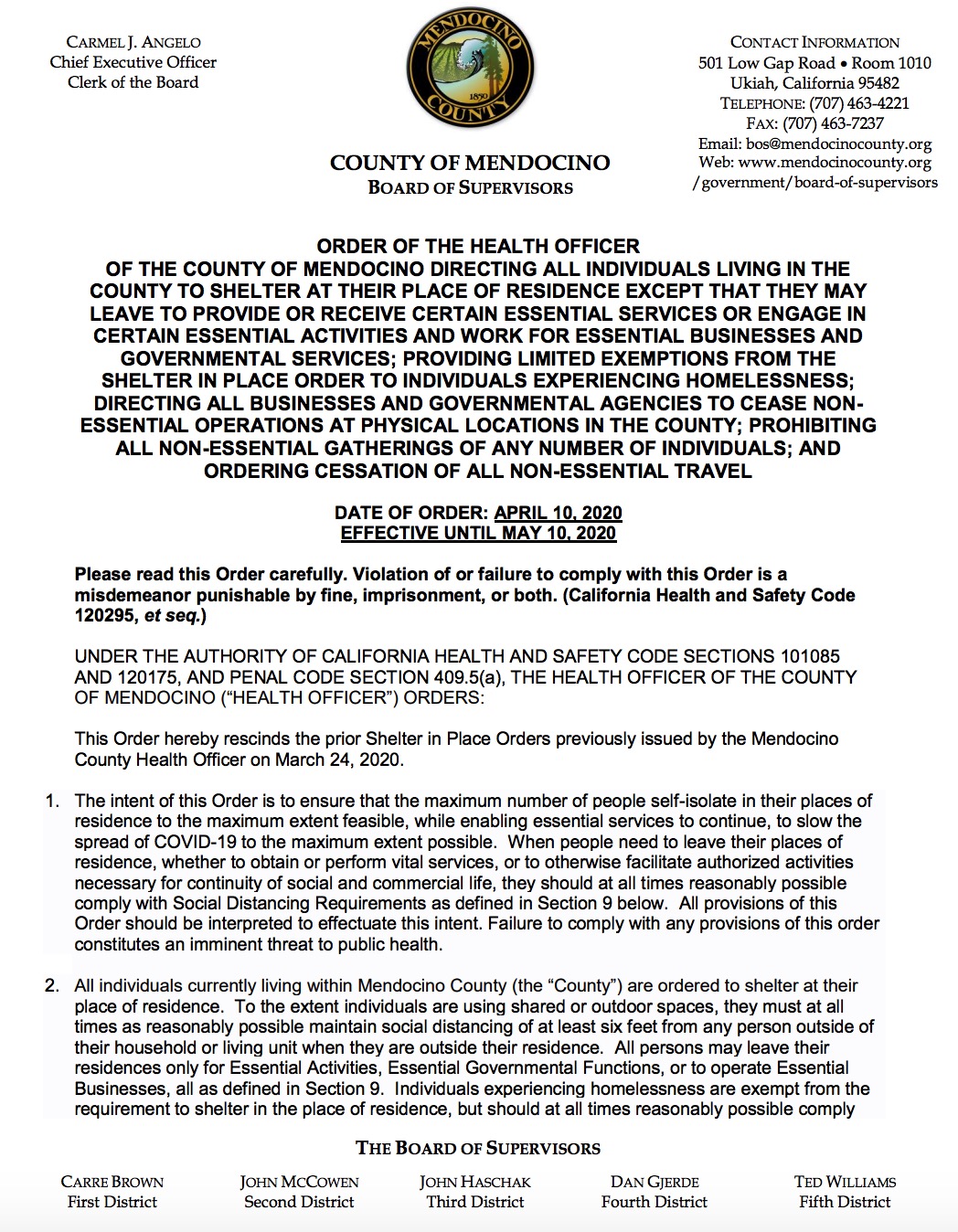 However, Mendocino County has decided to be more radical. In addition to limiting the number of people for these religious acts to only four, they may not even be allowed to meet in the chapel or church depending on the acts they are going to perform.

Although allowing just four people in a larger church has already been criticized, the order also bans singing and the use of wind instruments, such as flutes and harmonicas, in any public space.

Mendocino County went to the extreme that people can only sing or use these musical instruments if they are inside their own home, which means that if they want to perform a musical act, it will have to be via streaming and each from their home.

At the beginning of the order, it is specified that the breach of the rules will be classified as a misdemeanor, and the offender can suffer from a simple fine to an unspecified period in jail.

The measure seeks to prevent people from spitting out small saliva drops that can transmit the coronavirus.

However, the restriction does not make much sense when considering that the six-foot spacing is already being applied, which is enough to prevent these drops from reaching other people, the CDC says.

Also, it only bans singing. Speeches and sermons are allowed.