A Nicaraguan dissident claims that the National Police head beat him when he was in police custody for sharing videos critical of the authoritarian communist regime on TikTok. Nicaragua remains in a state of political and economic tension following the mass demos that broke out in 2018.

Kevin Adrián Monzón Mora was arrested on December 16, for the second time this year. His arrest came shortly after he uploaded a video critical of the government. In a December 27 tweet, Monzón claimed that the head of the national police, Jaime Vanegas was one of the people who beat him when he was in police custody.

“This is the Sandinista police chief who beat me and told me I would never see my mother again. This man proceeded to tell me they had found marijuana in my bag and would open a further investigation against me. A criminal in uniform,” he wrote in a tweet featuring a photo of the head of police. 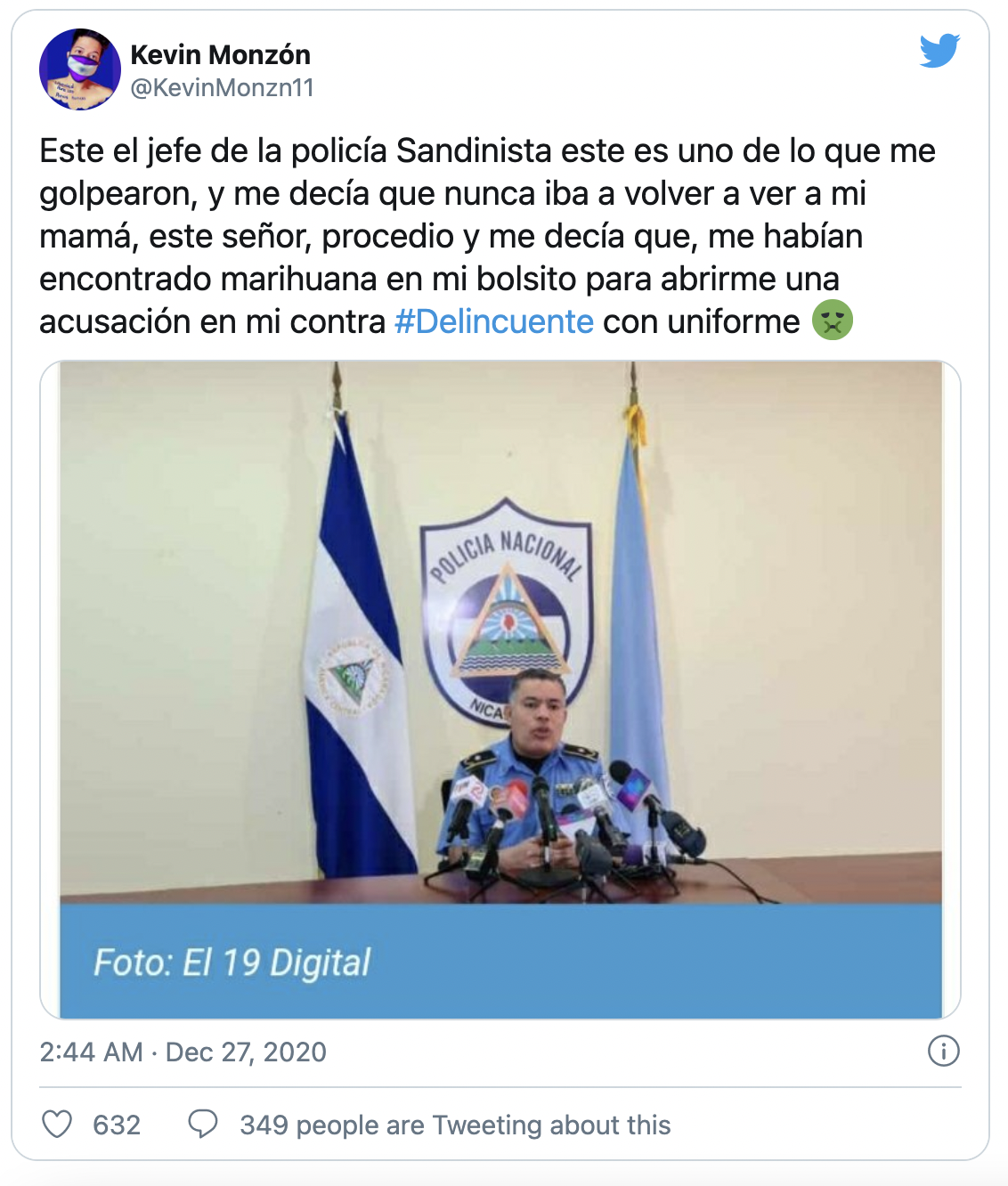 In April 2018, mass protests broke out in response to the deteriorating economic conditions in the Central American country and the authoritarian regime headed by the country’s dictator President Daniel Ortega. Since then, the country has been in a state of political and economic tension.

After the demos started, Nicaraguan authorities launched a violent crackdown targeting political dissidents, a move that has led to at least 300 deaths and 2,000 injuries.

The deterioration of democracy in the country has been observed since Ortega took office in 1979 after defeating the leftist Sandinista National Liberation Front.

Speaking to news outlet Digital Noticias, Monzón said that he was detained “without any reason” but suspected it was because of the TikTok videos where he mocked the first lady and the vice president. He claimed he was detained for seven days at a police station.

Monzón claimed that he was booked as a political prisoner before the police boss “gave the order to beat me and hit me in the face and chest.” He added that the police threatened legal action if he did not stop posting content critical of the government and advised him to keep a low profile. However, the anti-communism advocate promised to continue fighting the tyranny of Ortega’s regime.

But it might be a while till the situation in Nicaragua improves. Despite attempts by the US government to force him out of power, Ortega has remained adamant. In November 2018, the Trump administration imposed sanctions, making it illegal for US entities to do business with the Ortega or his wife. In July this year, similar sanctions were imposed on his son Juan Carlos Ortega.