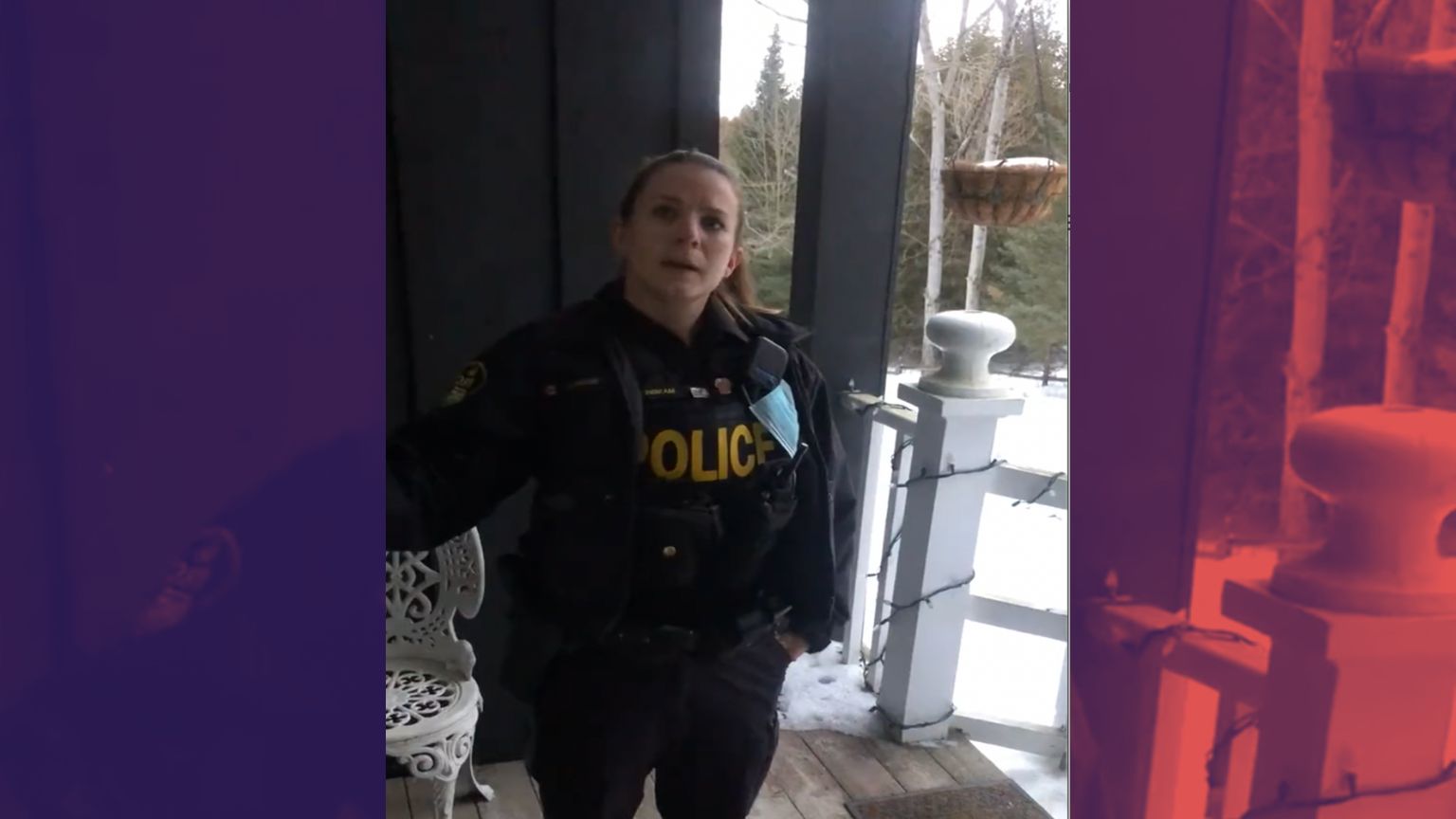 Police in Ontario have admitted to scanning Facebook Groups for those that support the Freedom Convoy protests, finding their addresses and turning up at their doorstep to provide “information” about peaceful protests.

A viral video from a woman has been shared around social media, showing an officer turning up on the doorstep after the woman was taking part in a freedom-focussed Facebook group.

“This is just some information about peaceful protests. That’s all it is,” the officer said on the doorstep after handing the woman a flier.

“Okay, so you saw something on my Facebook,” the woman asked the officer.

“Okay. And decided to come to my personal residence to give me information about peaceful protests,” the woman asked.

“Yes,” was the officer’s response.

“Are you guys now monitoring people’s Facebook pages or Facebook groups to who comments as to what their… status updates are or what they’re doing or within the group?” the shocked woman asked.

“OK, so just because of the protests happening province-wide, yes, we have been monitoring the protest,” the officer said. “So there’s a protest coming up. I’m simply providing you with information about a peaceful protest and now I’m leaving.”

“So the Ontario provincial police are watching what people are doing on Facebook, in different groups, whether or not they’re commenting, participating, liking, and you guys are now doing service calls to give people information about peaceful protest,” the woman said.

“Yeah, it’s a proactive measure to make sure you understand your right to peaceful protest,” the officer said.

The woman told the officer that she understands her rights because she has a copy of the Canadian Charter of Rights, that it was “nice” to know that protesters are being watched and that she hopes they’re not going to be wasting tax dollars going around to everyone.

Organizing protests on social media has been more difficult in recent years, especially during the pandemic. More organizing has been taking place online and has been used as a way for governments and law enforcement officers to overstep and curb civil liberties by finding ways to suppress speech.

From protests in Hong Kong, to anti-lockdown protests, and now protests against mandates, using Big Tech platforms to organize is becoming of decreasing value.