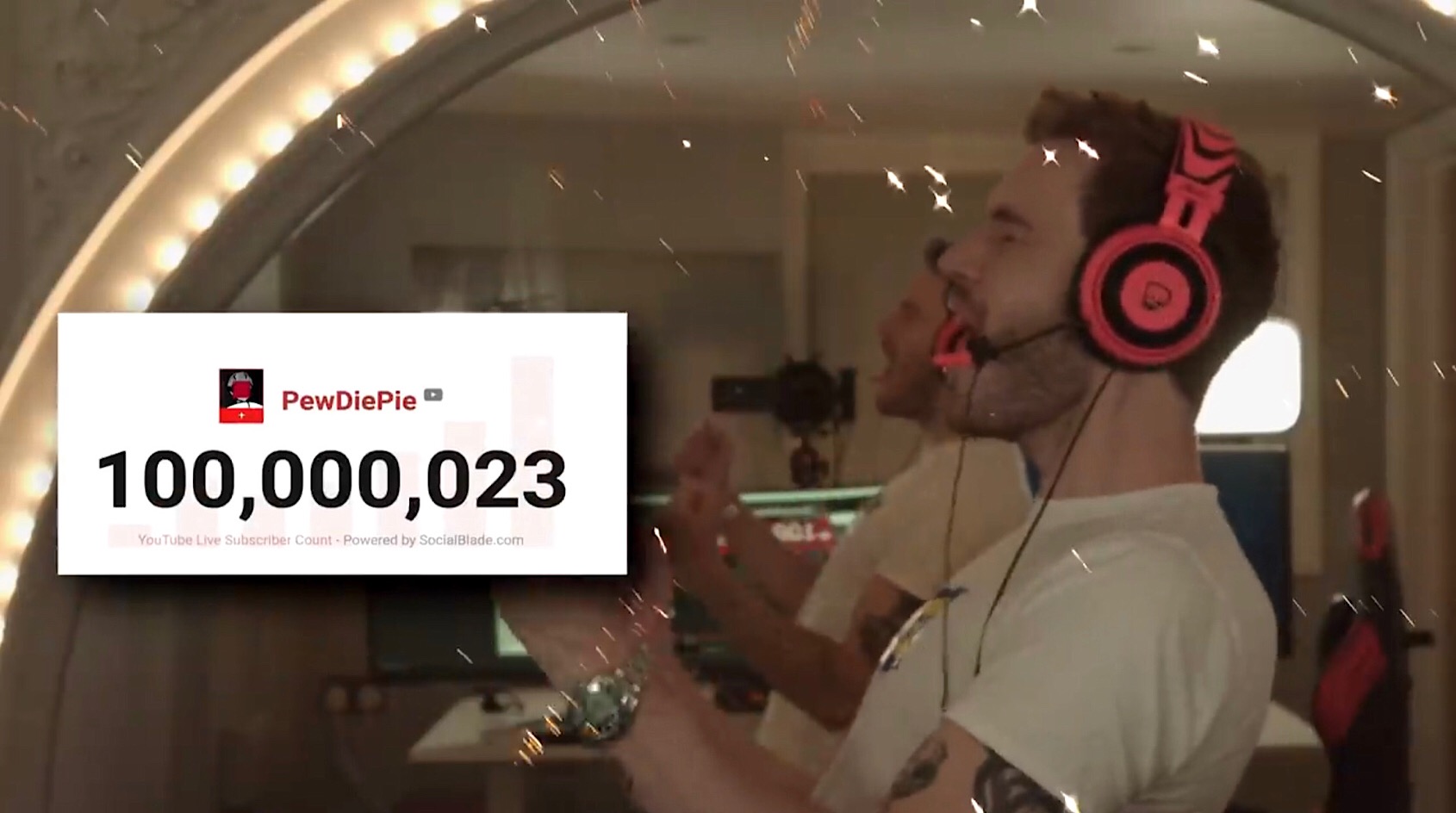 YouTube star PewDiePie has become the first solo creator to pass 100 million subscribers. The landmark moment was celebrated by YouTube and numerous celebrities. It’s also a seminal moment as YouTube’s biggest homegrown star has hit the milestone during a time when YouTube appears to be favoring corporations over independent creators like PewDiePie who have helped it grow into the huge platform that it is today.

PewDiePie celebrated the milestone on Twitter where he thanked fans for their endless support and said that he’ll do a 12-hour stream when he returns from his honeymoon. This will presumably be a 12-hour stream of the popular video game Minecraft which PewDiePie promised to fans if the channel hit 100 million subscribers by August 31.

What a finale! @pewdiepie's minecraft series really was a thing of beauty and perf.. hang on, getting a call.

I remember when the first YouTuber (Fred) hit 1 million subscribers

Whoa. Early congrats to Felix and the entire #teaminternet

I’m honestly so proud that @pewdiepie hit 100m subs, he works so hard and is literally one of the kindest youtubers I’ve ever met 🥺 team sister fister for life

YouTube also congratulated PewDiePie on hitting the milestone, his recent marriage, and his recent Minecraft videos which have led to a surge of fresh interest in the game.

Married to @marziapie 💍
Revived our love of Minecraft ⛏️
Reached 100 million subscribers on YouTube ✔️
What a month to celebrate and congratulate @PewDiePie 👊 pic.twitter.com/4rGuNDDwyx

The acknowledgment from YouTube was slightly surprising considering that the company has appeared to neglect PewDiePie with some of its other decisions over the last year. Most notably, PewDiePie wasn’t included in YouTube Rewind 2018, despite being the most subscribed YouTube channel at the time. A study from May also showed that YouTube was suppressing PewDiePie in the US. Regardless, PewDiePie seemed to appreciate the shoutout from YouTube and retweeted it to his followers.

While PewDiePie has become the first solo creator to pass 100 million subscribers, he’s not the first YouTube channel to hit this milestone. That crown went to Indian music label and movie studio T-Series in May after a months-long rivalry with PewDiePie over who would be the first to hit the landmark subscriber count. However, T-Series is a huge corporation while PewDiePie is a solo creator and reflective of the many independent creators who have helped build YouTube into the massive platform it is today.

PewDiePie getting to 100 million subscribers, despite often being neglected by YouTube, is emblematic of many other independent YouTubers who have large audiences and lots of influence but feel that the platform is turning its back on them as it continues to promote what it deems to be “authoritative sources.”