The new feature works on both desktop and mobile.
Share 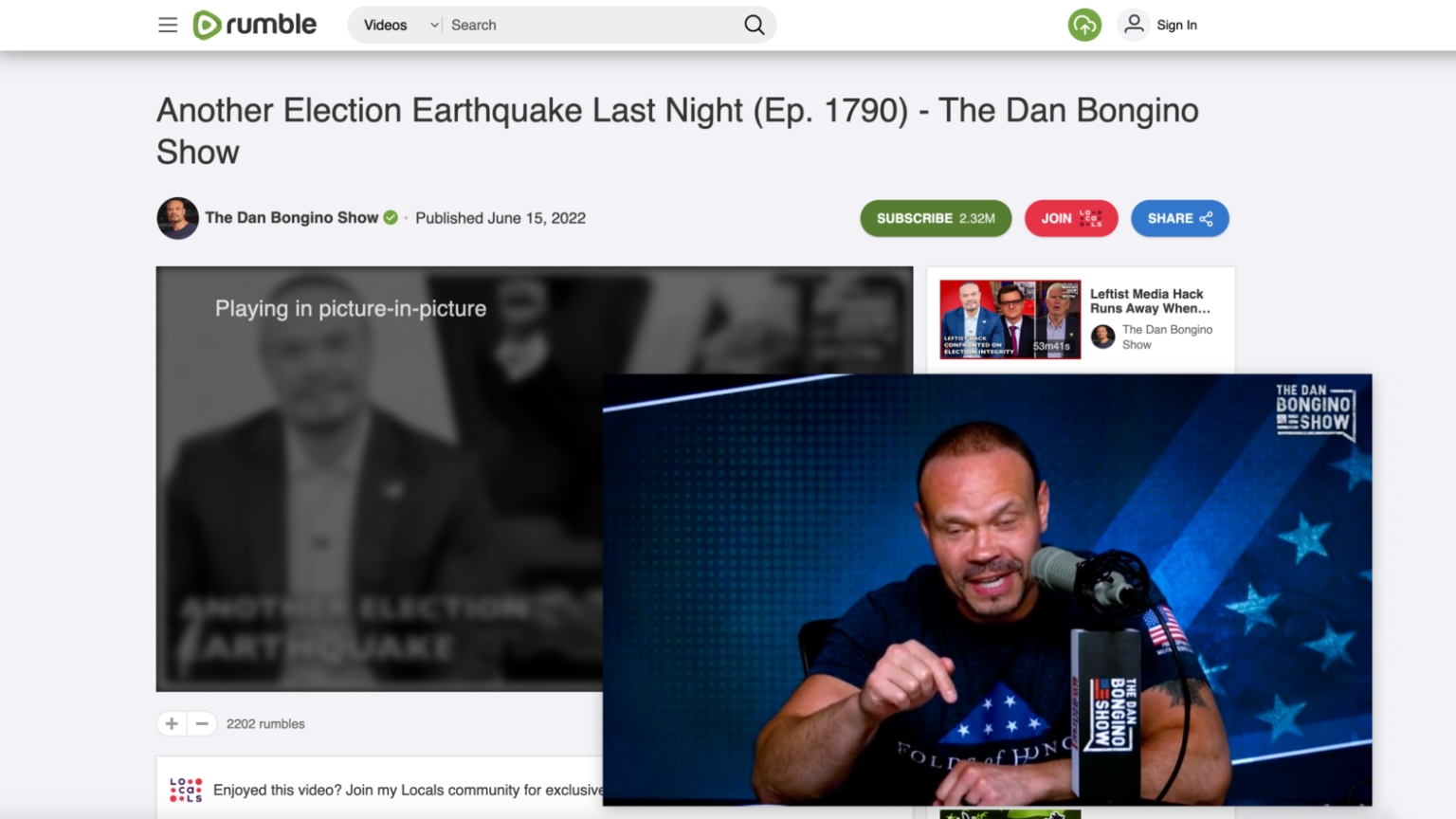 Free speech video sharing platform Rumble has added picture-in-picture to its website video player. The feature allows viewers to continue watching videos as they browse the web or use other apps and works on both desktop and mobile. 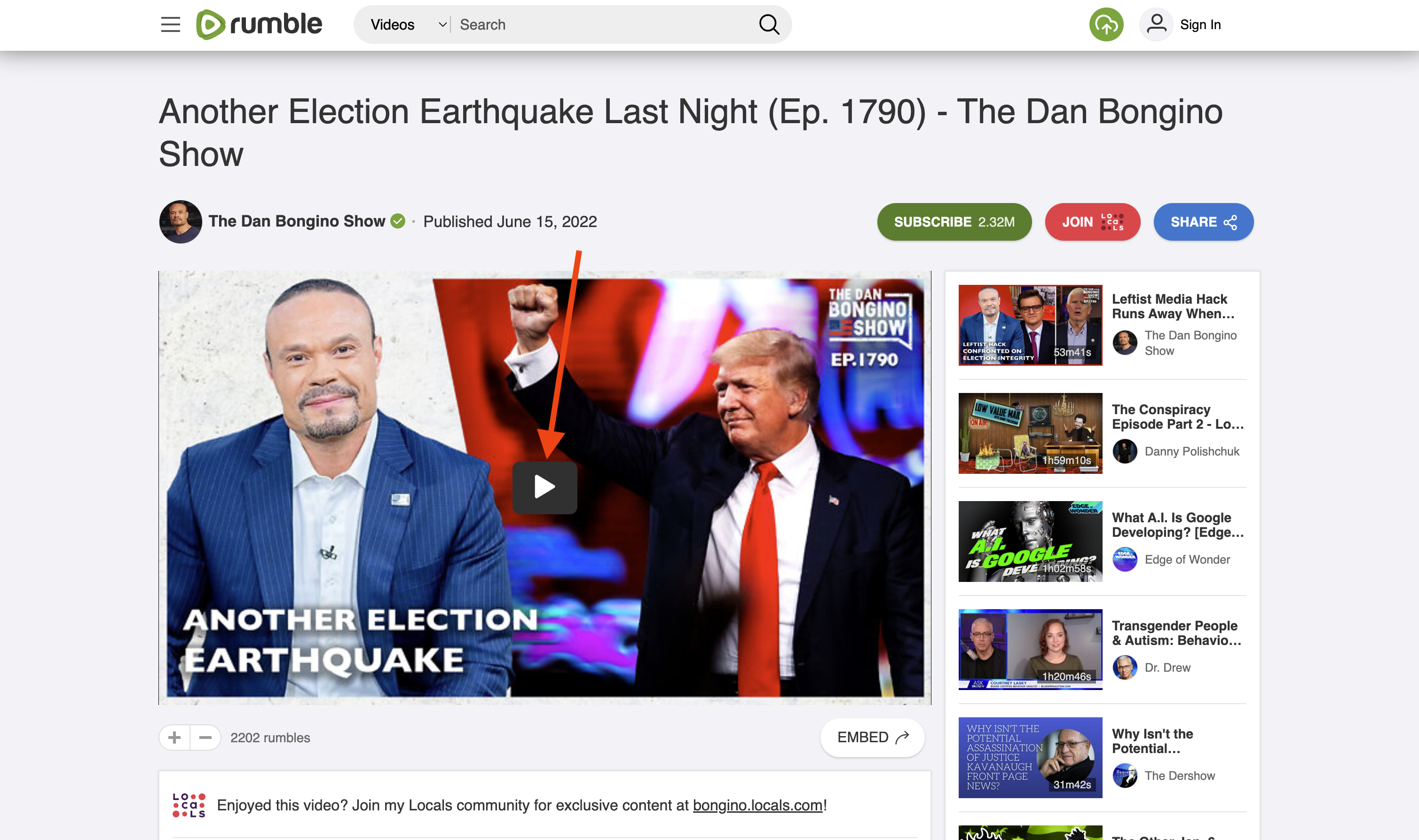 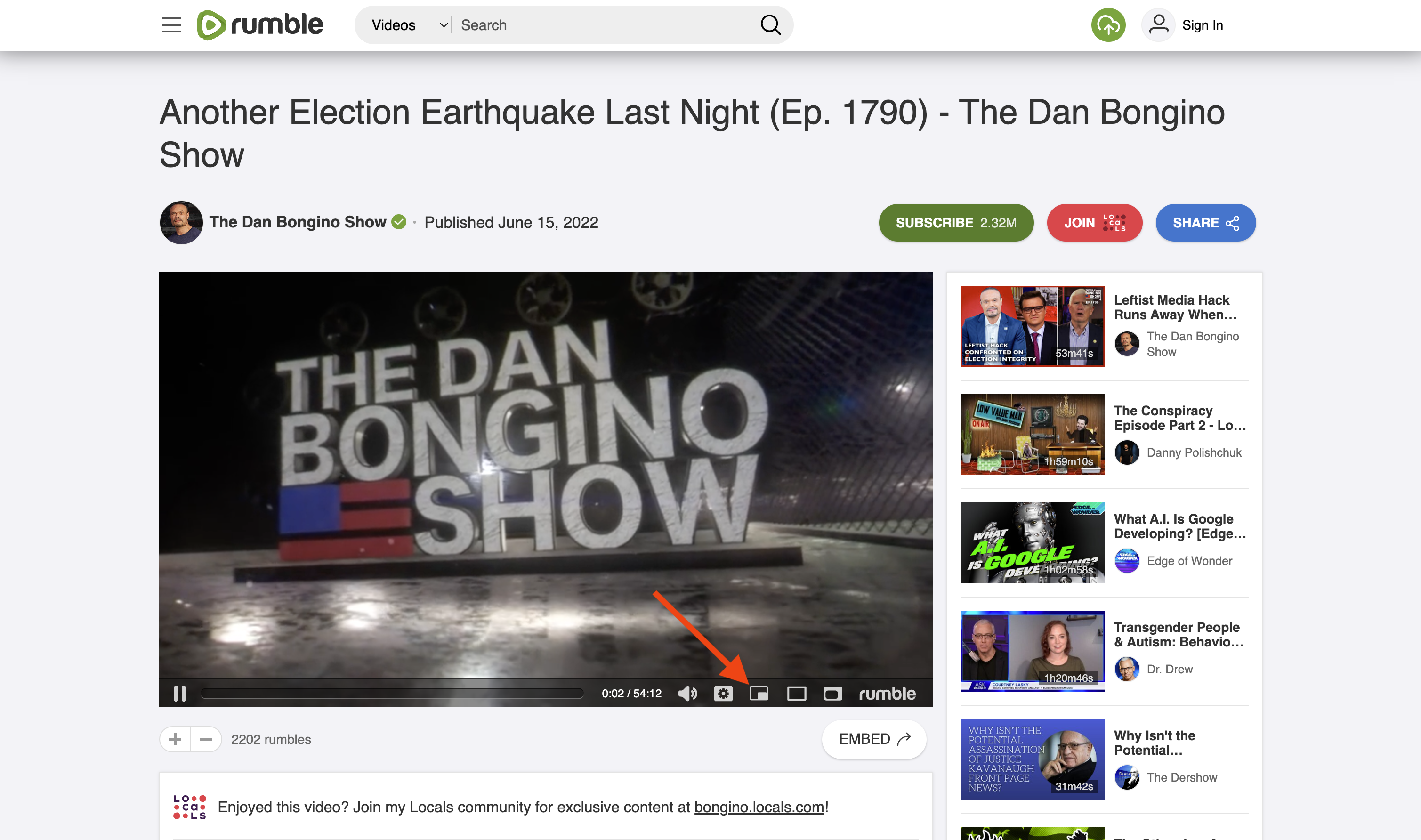 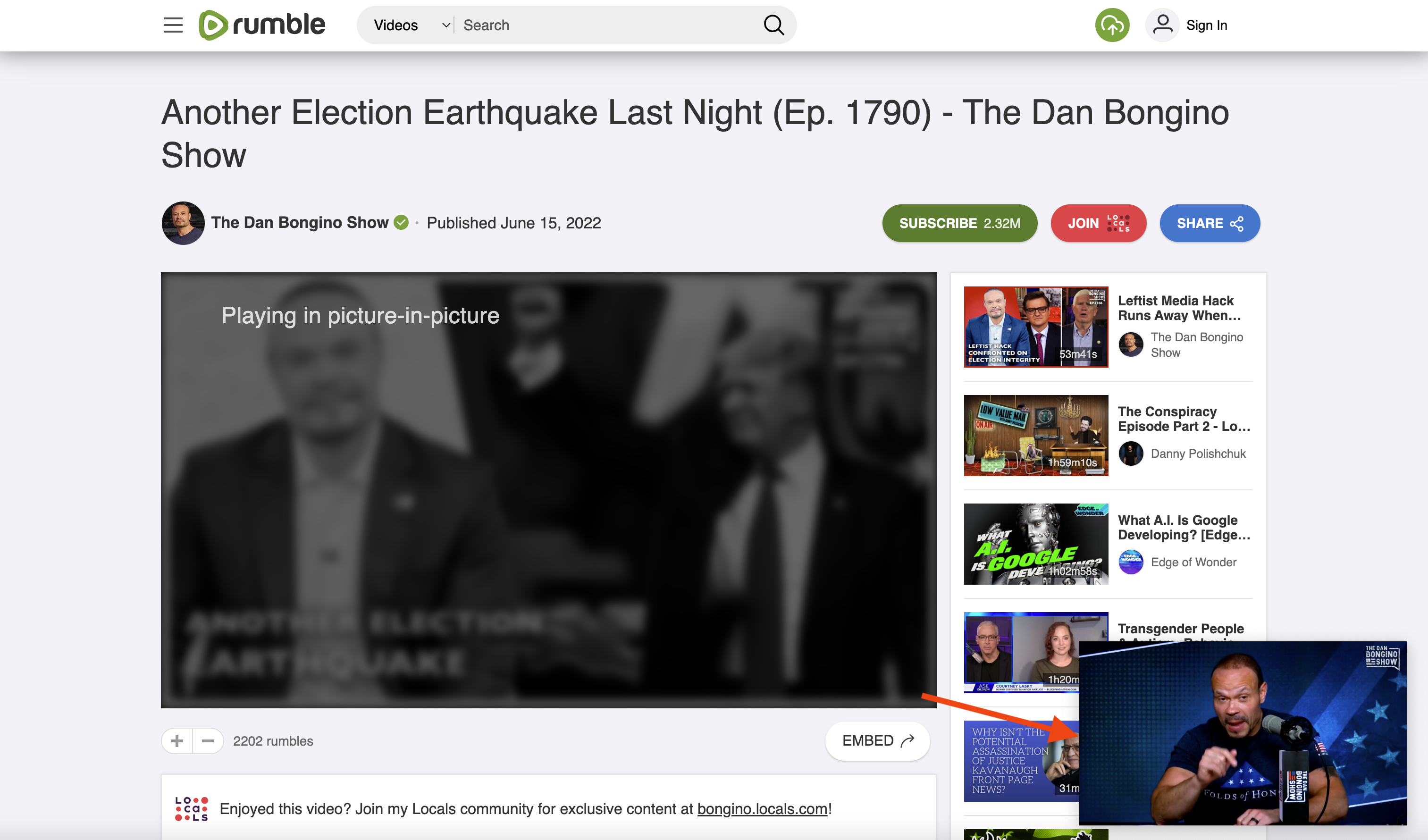 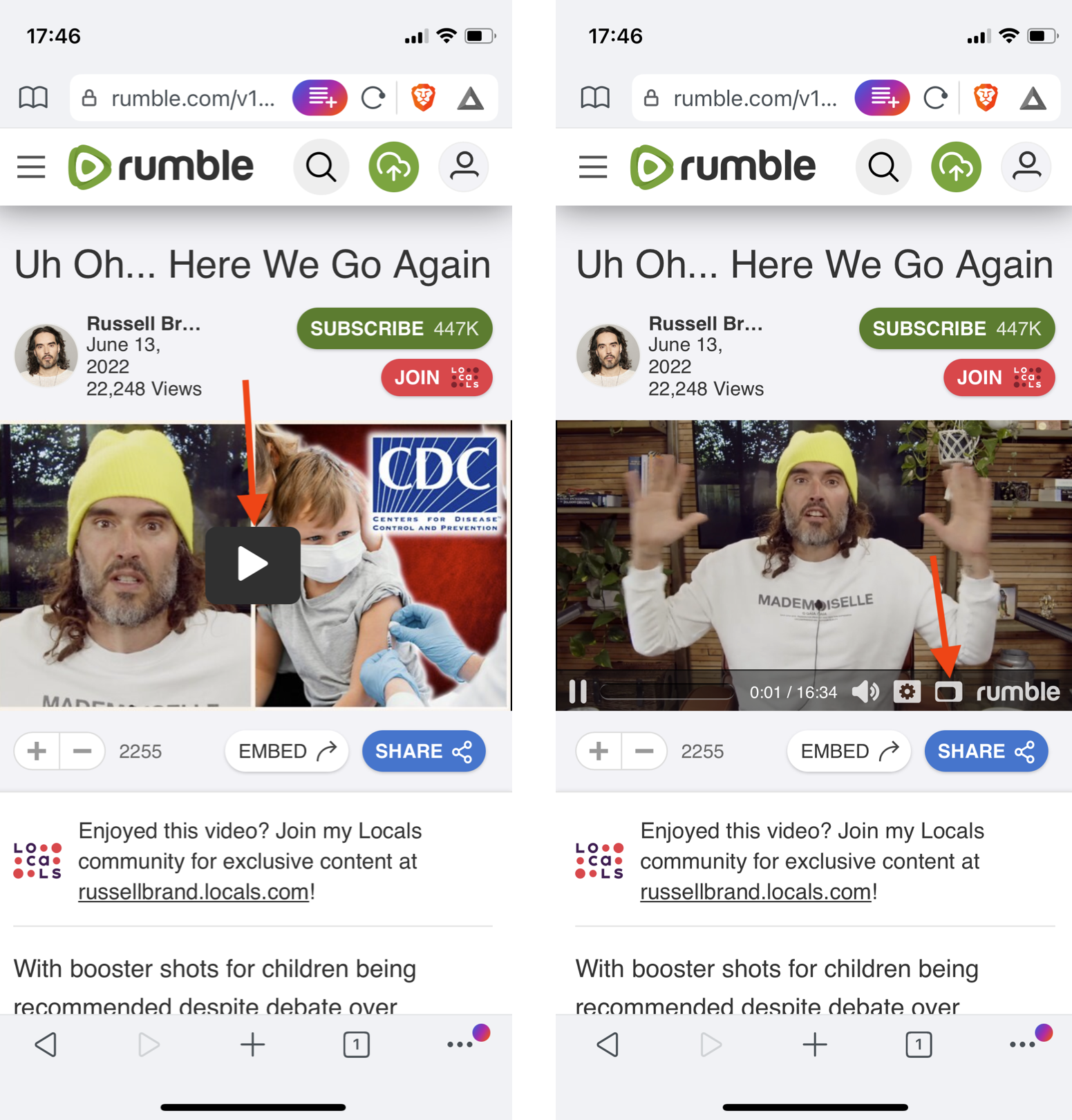 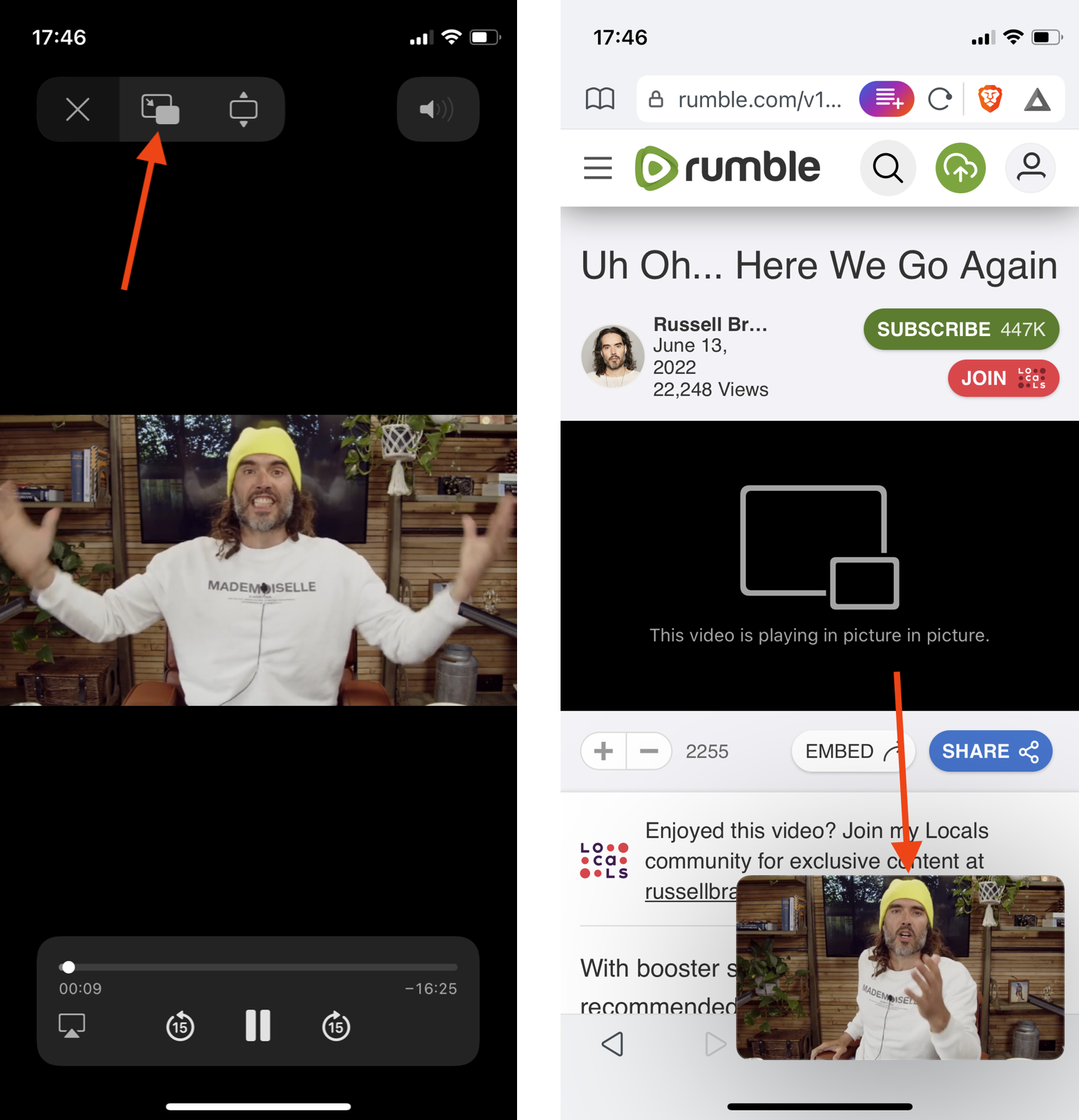 To access picture-in-picture on an Android browser, start playing a video on the Rumble website, tap the full-screen icon, swipe up from the bottom of the screen to display the navigation menu, and tap the “Home” button. 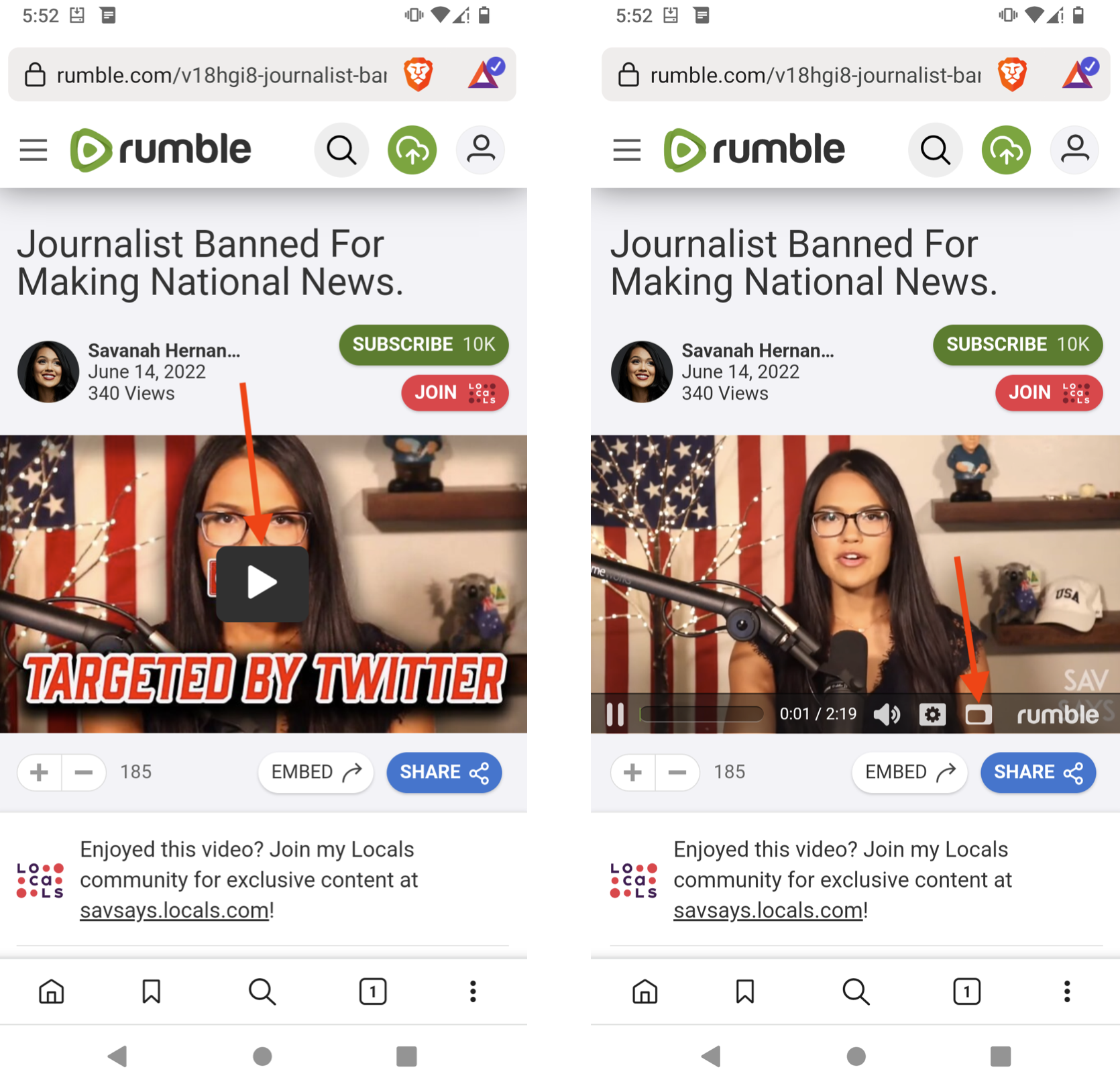 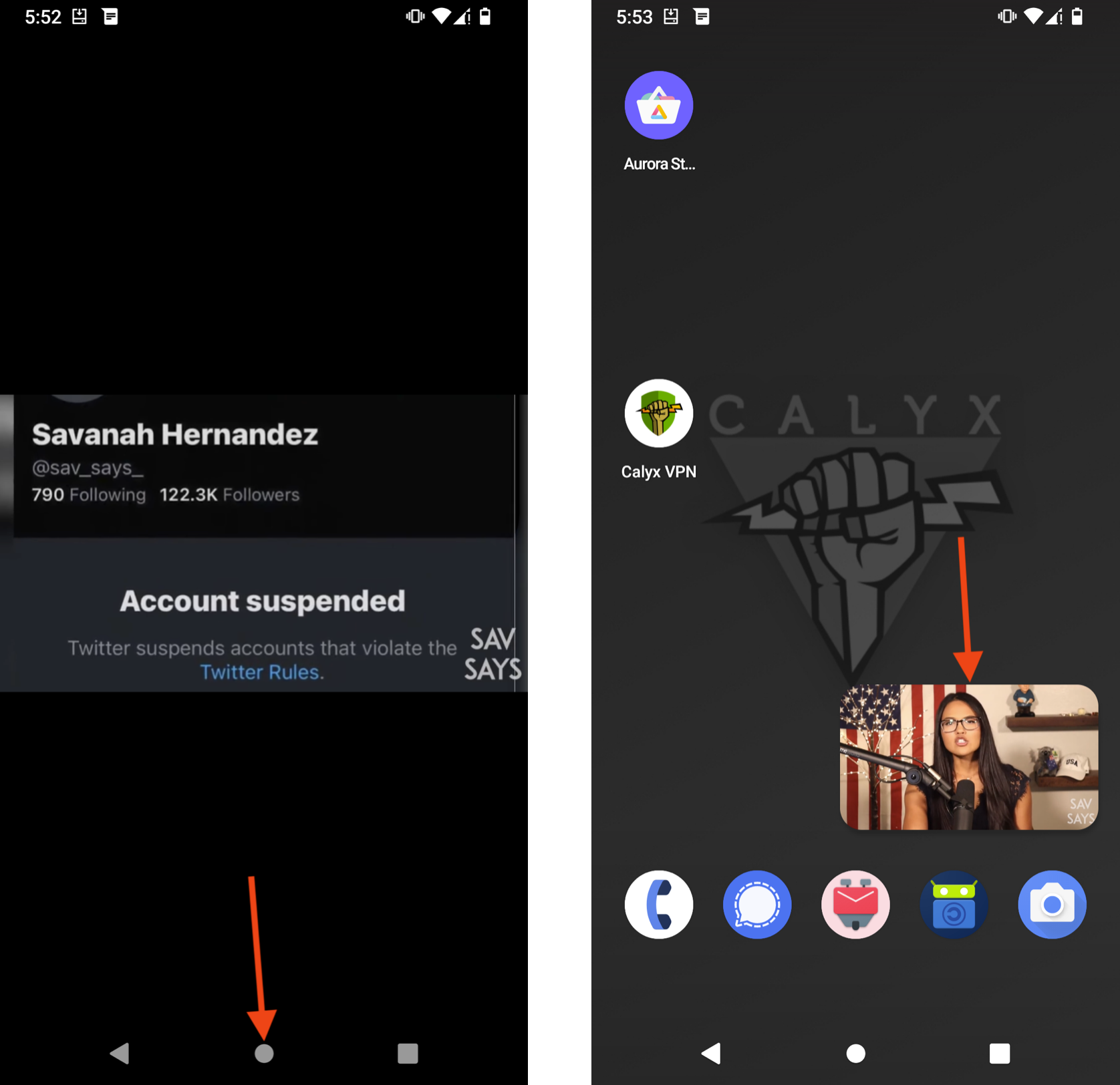 After you’ve activated picture-in-picture, you can resize desktop picture-in-picture videos by hovering your cursor over the video’s border until a resize arrow appears and then clicking, holding, and dragging the border of the video to your preferred side. 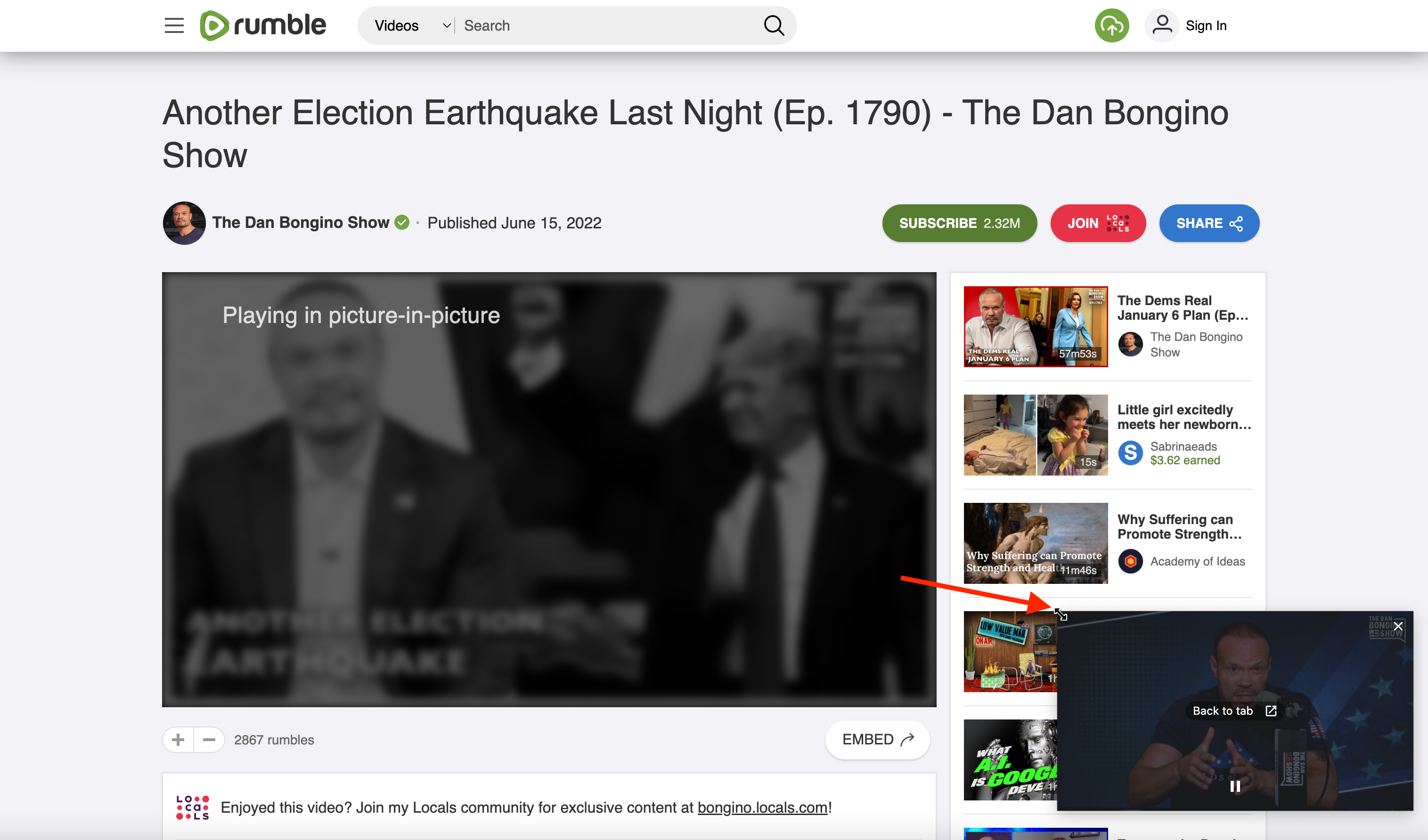 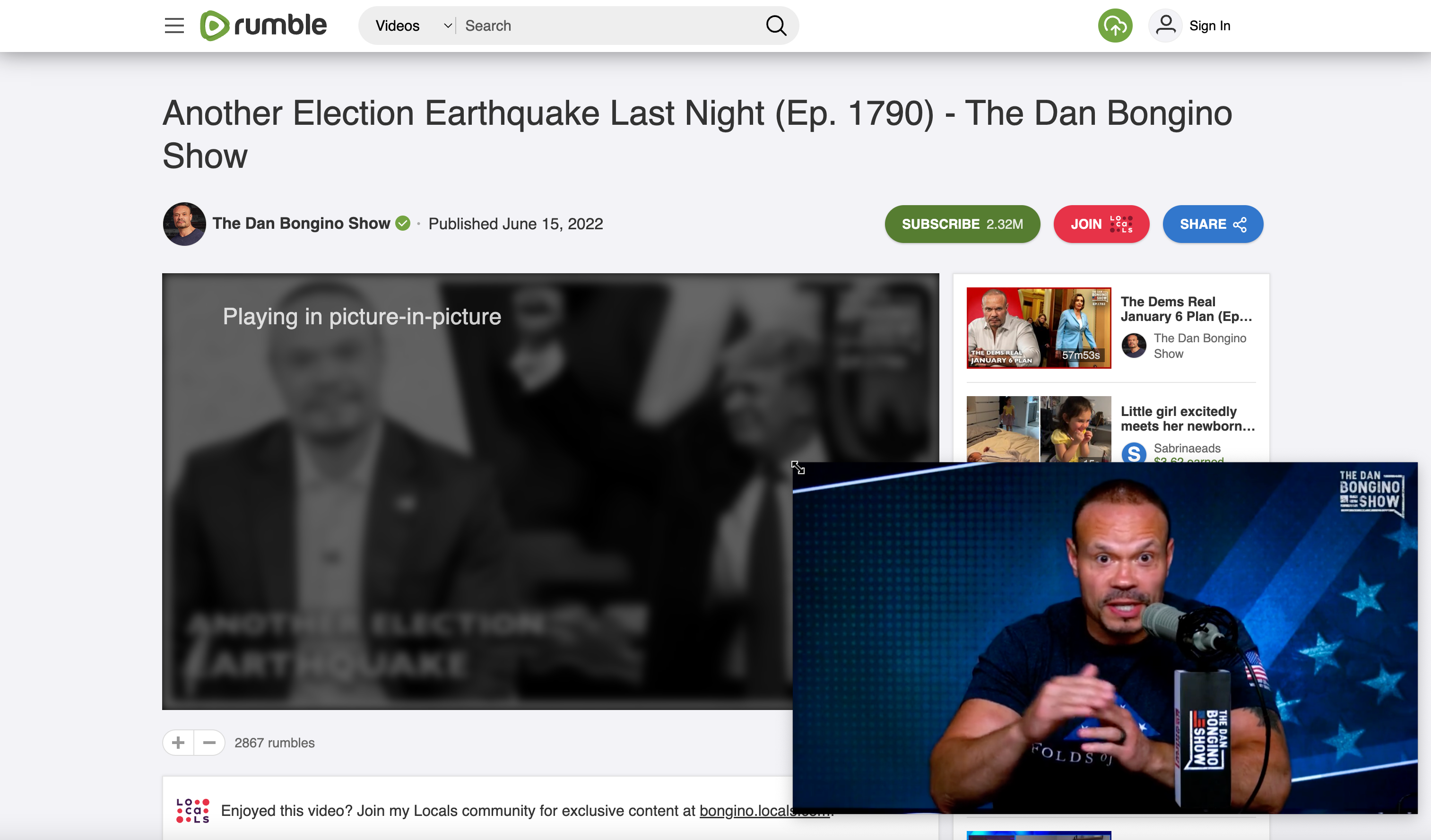 You can resize mobile picture-in-picture videos by placing two fingers on the video and then moving them further apart to expand the video or moving them closer together to shrink the video. 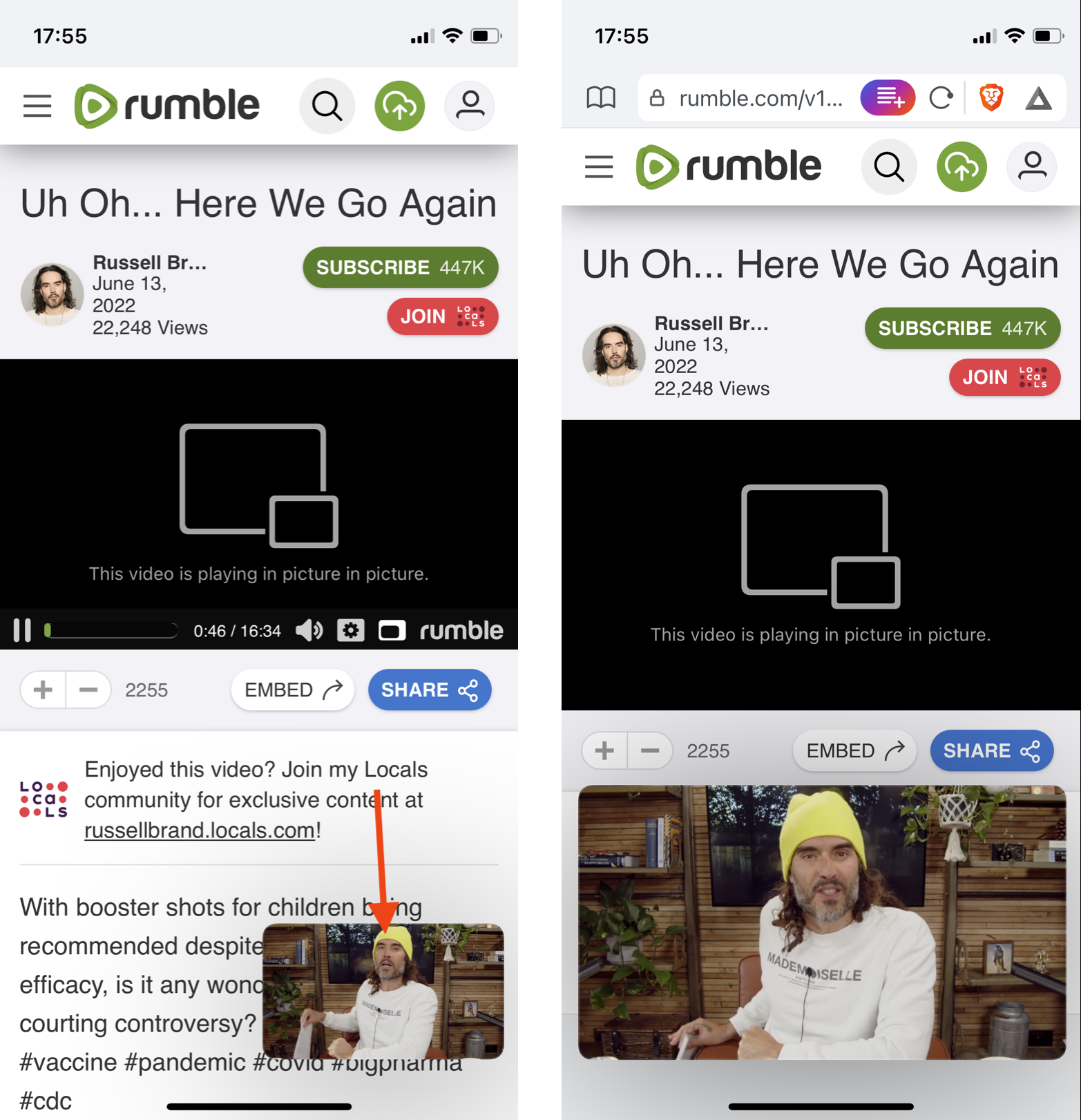 You can reposition picture-in-picture videos by clicking or tapping the video and moving it to your preferred location on the screen. 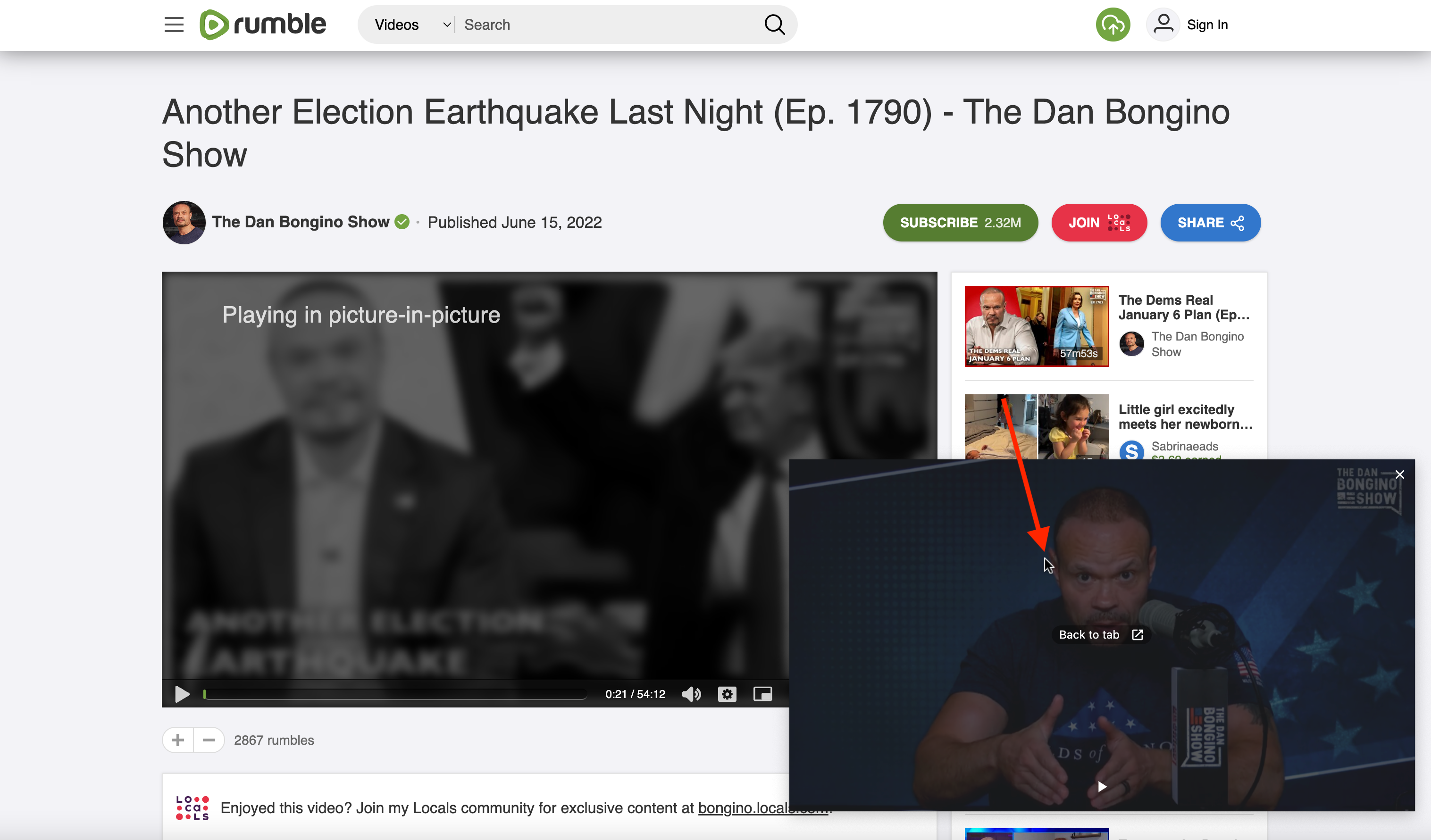 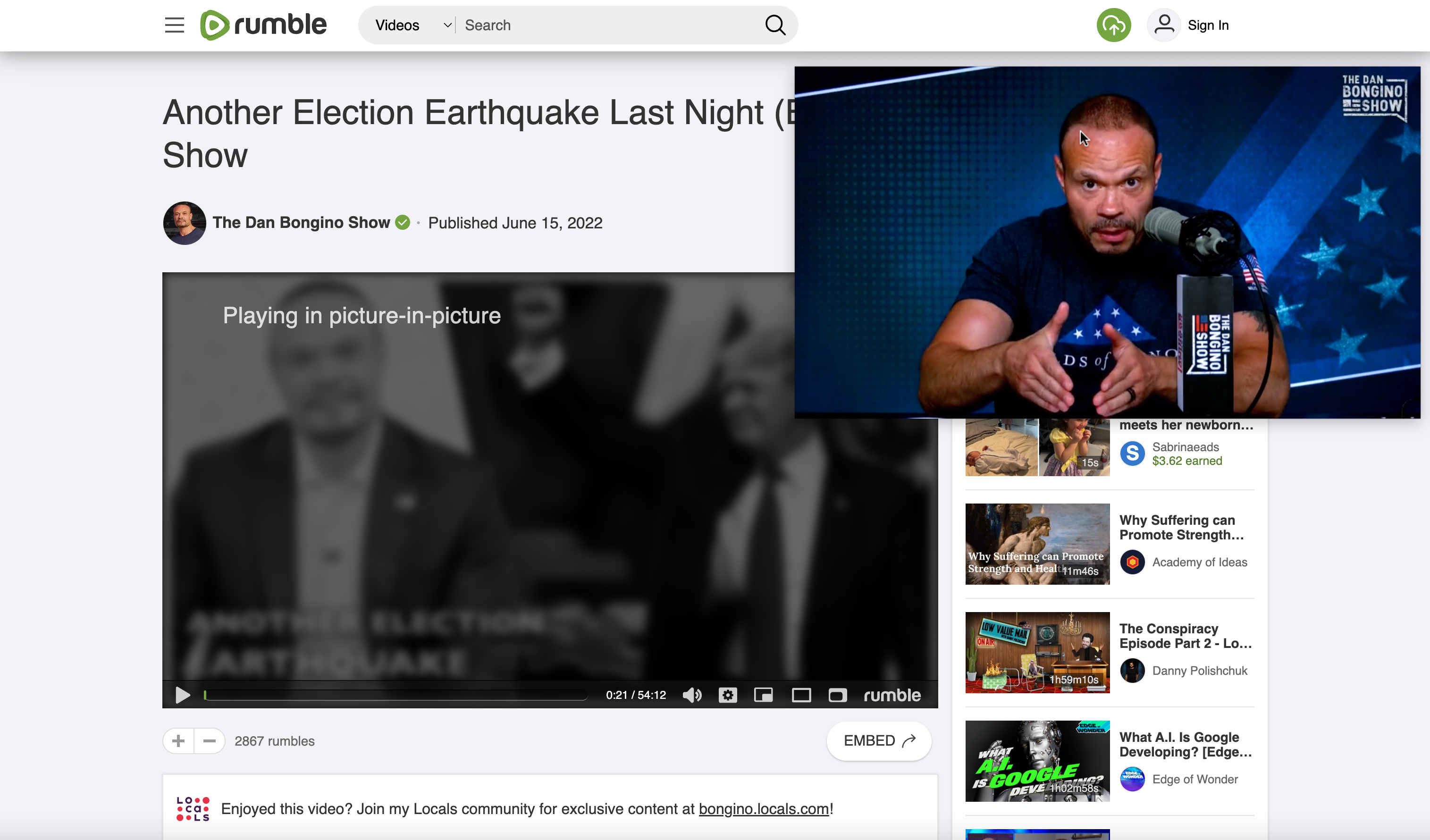 If you want to browse other web content or use other apps while watching a picture-in-picture video, simply open a new tab, new window, or an app and the video will keep playing. 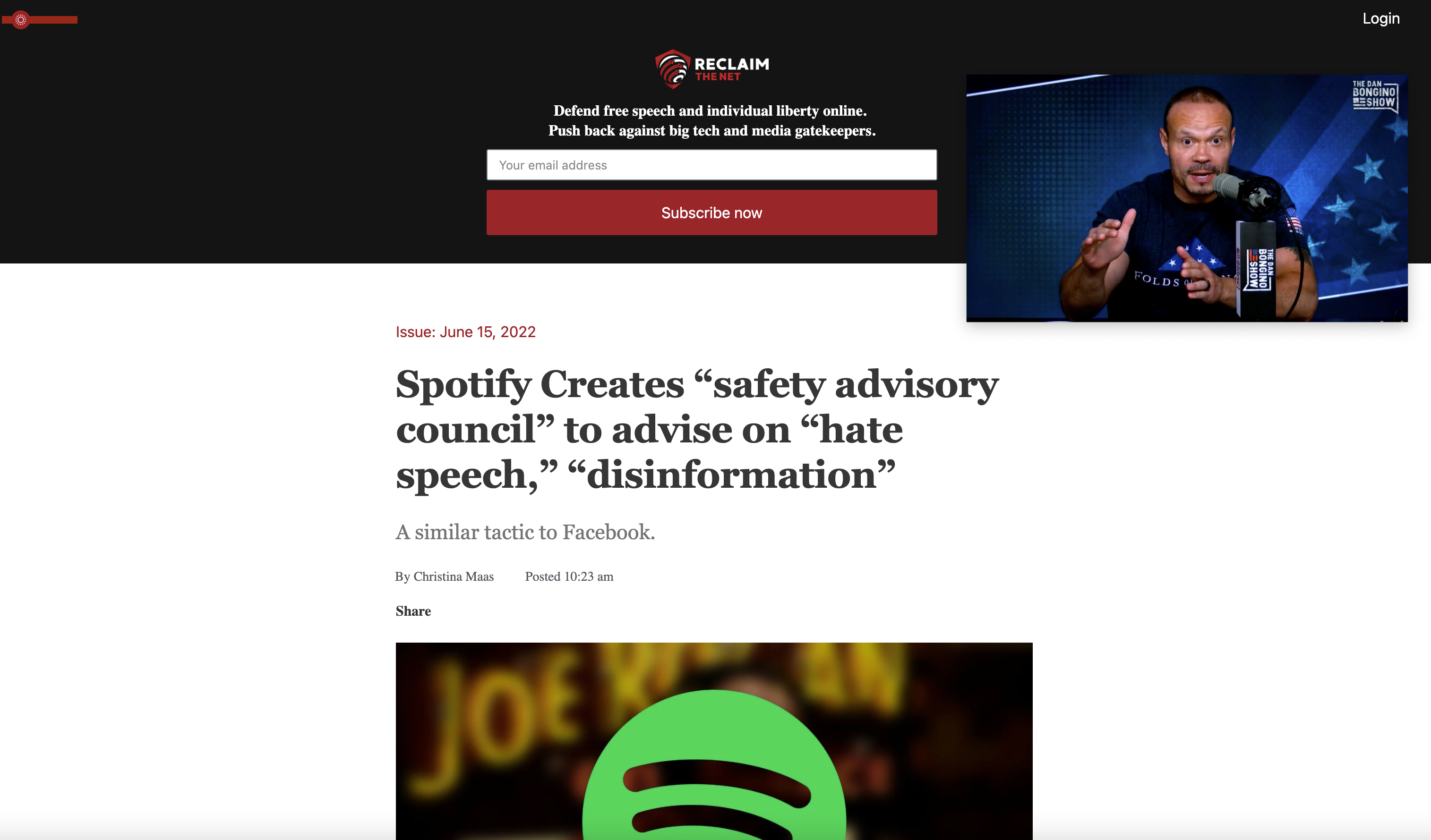 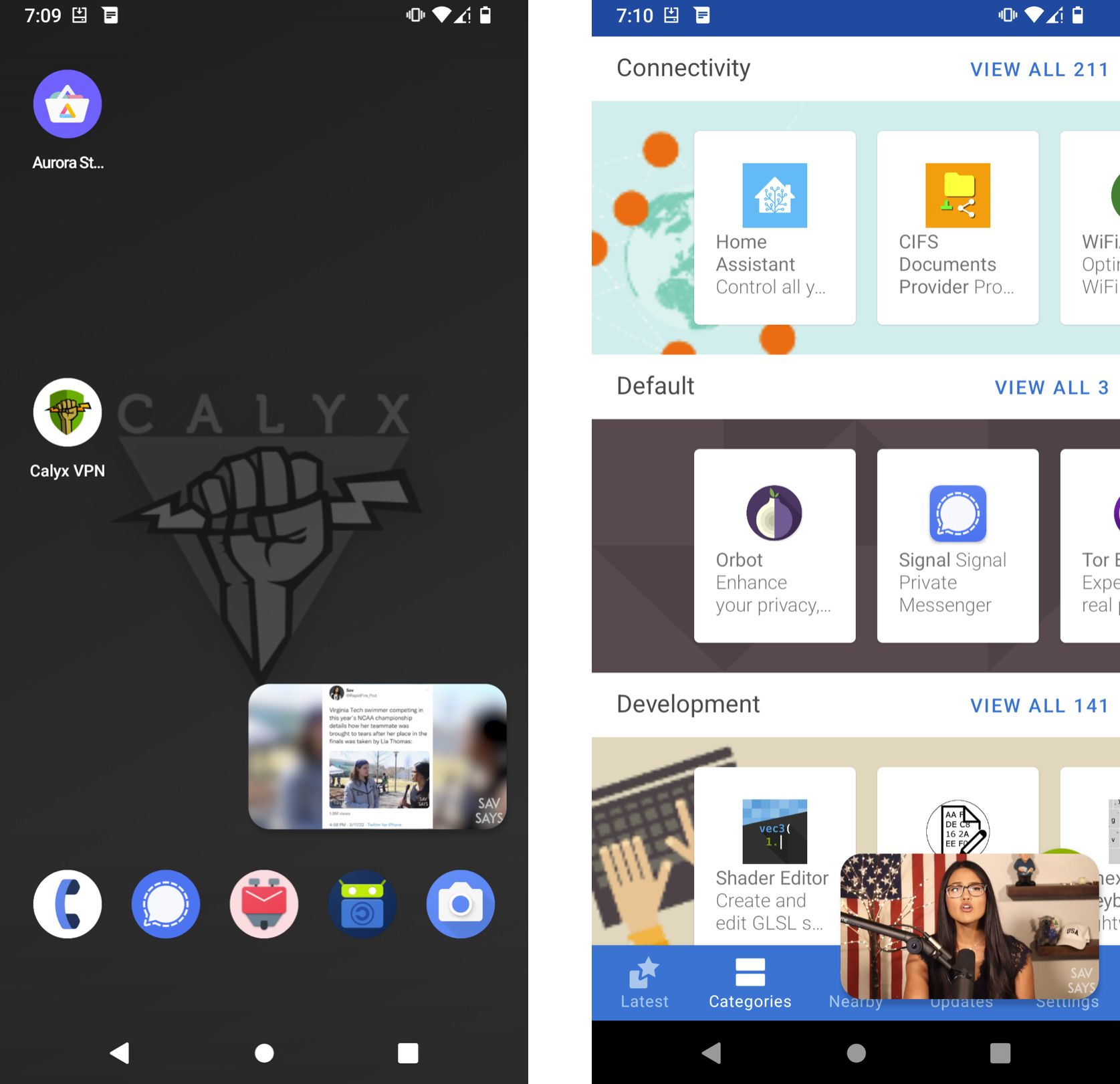 Picture-in-picture is the latest of several features and changes Rumble has introduced this year. Other additions include a full-screen vertical discovery feature and dark mode in its iOS app and dislikes being made more prominent in its iPhone and Apple TV apps.

Not only is Rumble adding features but it has also committed to free speech, hosted creators that have experienced YouTube censorship, and said it won’t operate in countries that move towards censorship.

By contrast, YouTube has censored millions of videos, formed censorship alliances with governments, and removed popular features such as public dislikes.