The Dilbert cartoonist, persuasion expert, and social commentator had a video deleted by the video giant.
Share

As Adams announced to his 600k+ followers on Twitter, he had been “shut down” by Google, the owner of the video giant, and that given that the video they went after was similar to his other content, he expected the rest to also be removed soon.

As is YouTube’s manner, the removal of the video came without a warning. But judging by Adams’ tweet, that contains a screenshot of a notice he received from YouTube, it came with an explanation. 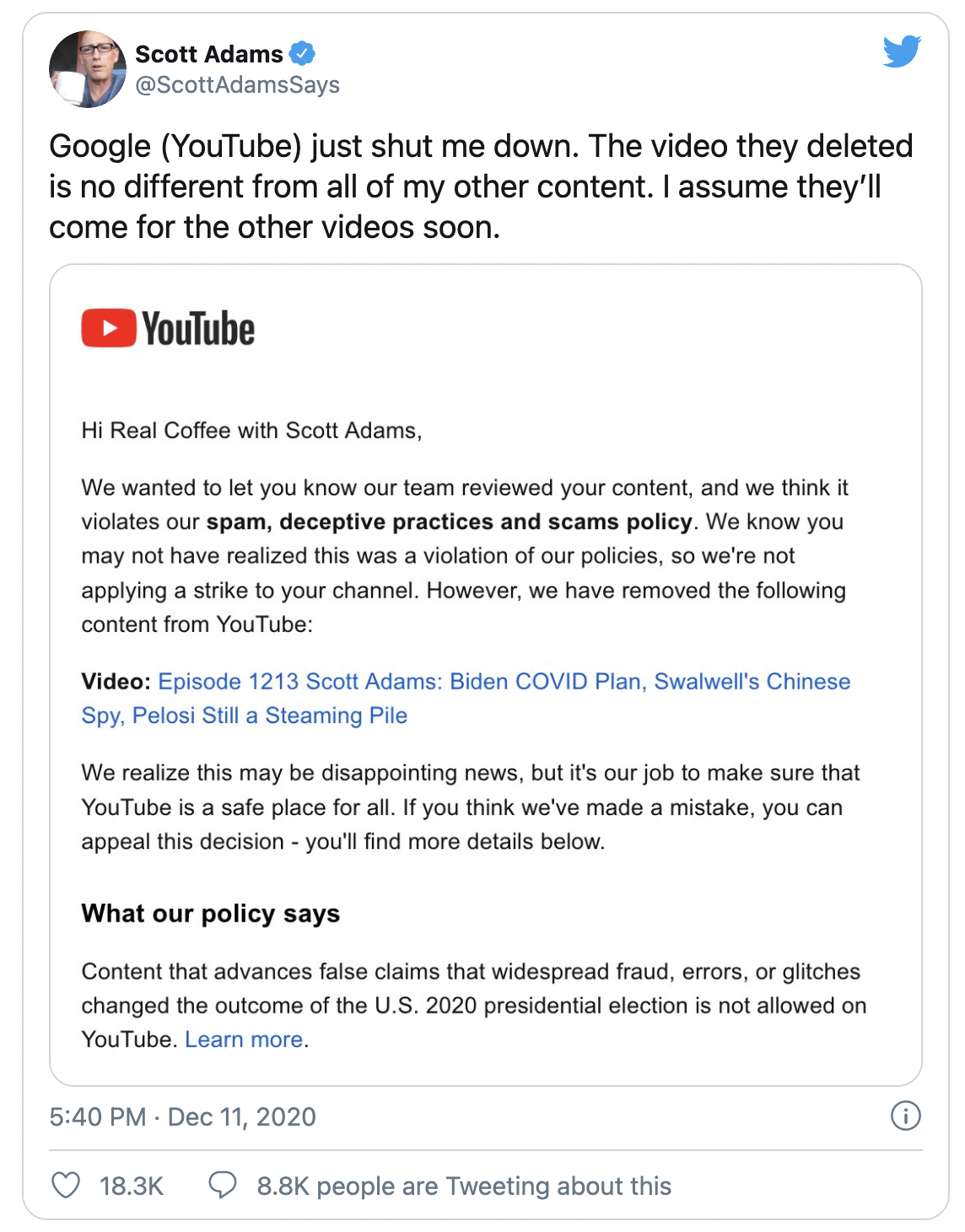 It said that YouTube’s team had reviewed his content, and “thinks” that it violates the spam, deceptive practice, and scams policy.

The notice then reveals what all this means: any content that claims the 2020 US presidential election outcome is marred by fraud is now banned on YouTube.

The fact that Scott is an artist and a podcaster particularly known for his satirical approach and commentary made no difference, since now even artistic expression is apparently fair censorship game over on YouTube.

Either that, or the giant’s automated “moderation” once again failed.

YouTube’s move against Adams comes shortly after the company announced it would be deleting content challenging what it accepts as the official result of the US presidential election held in 2020 – namely Joe Biden’s victory.

However, not only is President Trump continuing his battle to prove otherwise, but YouTube continues to happily host conspiracies, either debunked or unproven concerning the 2016 elections.

YouTube’s announcement of censorship of election results skepticism said that enough states had certified the outcome, and, effectively, that this means any debate on this social media is now over. That’s a far cry from YouTube allowing what’s now a 4-year debate about Trump’s victory, whose opponents claiming foul play have not been censored, certainly not thanks to an officially announced policy decision, as was the case here.