Klobuchar is doing the rounds promoting her new book on antitrust, breaking up Big Tech and is calling for more censorship.
Share 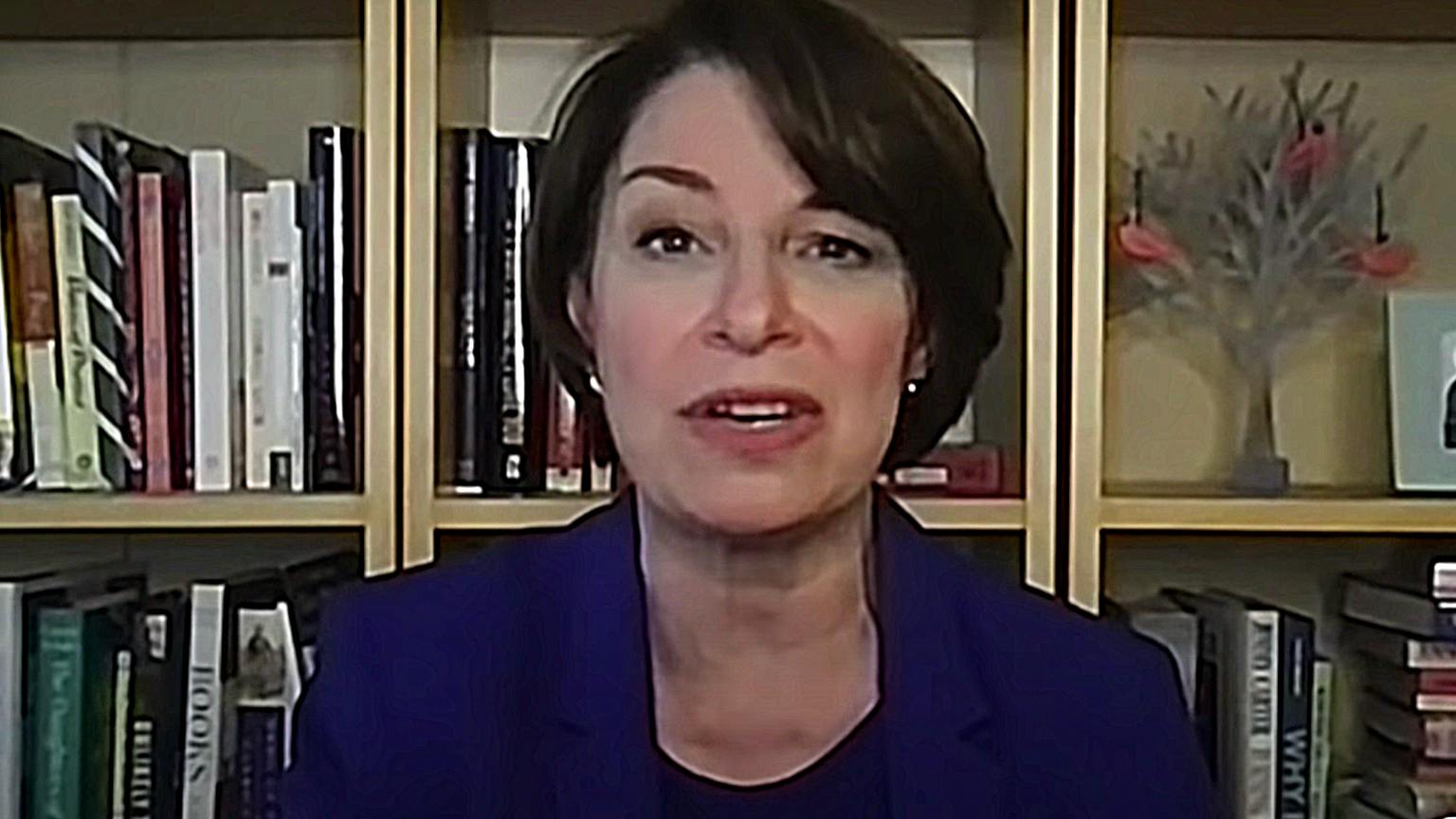 The recent decision by the Oversight Board to uphold Facebook’s decision to indefinitely suspend President Trump reignited calls for antitrust laws against Big Tech companies. But Sen. Amy Klobuchar (D-MN), who is leading a team that could reshape the country’s antitrust laws, says the ban was not punishment enough.

In an interview with Yahoo Finance, Klobuchar called her political opponent the “ultimate conveyor of misinformation,” adding he should be permanently banned from social media platforms.

“He is the ultimate conveyor of misinformation, he’s a disinformer in chief. He is the one that basically still will not admit that he lost the election and keeps putting out theories that literally undermine our democracy itself,” Klobuchar said. “It’s not like he’s changed his tune in terms of undermining democracy.”

Klobuchar is the chair of the Senate Judiciary Committee’s Antitrust Subcommittee. She has on multiple occasions warned about the unchecked power and emerging monopolies of Big Tech corporations such as Facebook but is a supporter of online censorship.

She argued that the Oversight Board’s decision to uphold Facebook’s initial decision was another example of the unchecked power and reach.

“When you have monopolies, they have less of an incentive to develop the bells and whistles to protect people’s privacy, and to do something about misinformation, due to public pressure. They are doing this now when it comes to vaccine misinformation and the like,” she said.

The social media company established the Oversight Board in 2018, amid pressure from the public of alleged political bias in content moderation decisions. Though the board, a team of 20 individuals, from politics, human rights activism, and journalism, is supposed to be independent, its funding comes from a $130 million trust from Facebook. Additionally, critics argue its decisions have little impact as it can only make recommendations; ultimately Facebook has the final say.

“You make it easier for [regulatory] agencies to look at those mergers and prove out that there’s a problem with competition. But [the proposed bill] also says, as we did with the AT&T breakup, why don’t you make it easier to look backwards and look for that exclusionary conduct,” she said.

Klobuchar has also authored a book where she explores the history of anti-monopoly policies. The book, “ANTITRUST: Taking on Monopoly Power from the Gilded Age to the Digital Age,” decries corporate consolidation. She argues that monopolies have always ended up hurting the American consumers, giving examples such as Big Pharma and Standard Oil.

“Through history, our capitalist system, which I strongly support…has rejuvenated itself with checks and balances from antitrust. That was a breakup of Standard Oil that was the breakup of AT&T,” she said. “If you look at this from a pure capitalist standpoint you come out in favor of allowing competition and allowing our economy to thrive but not having big monopoly gateways in so many different areas.”