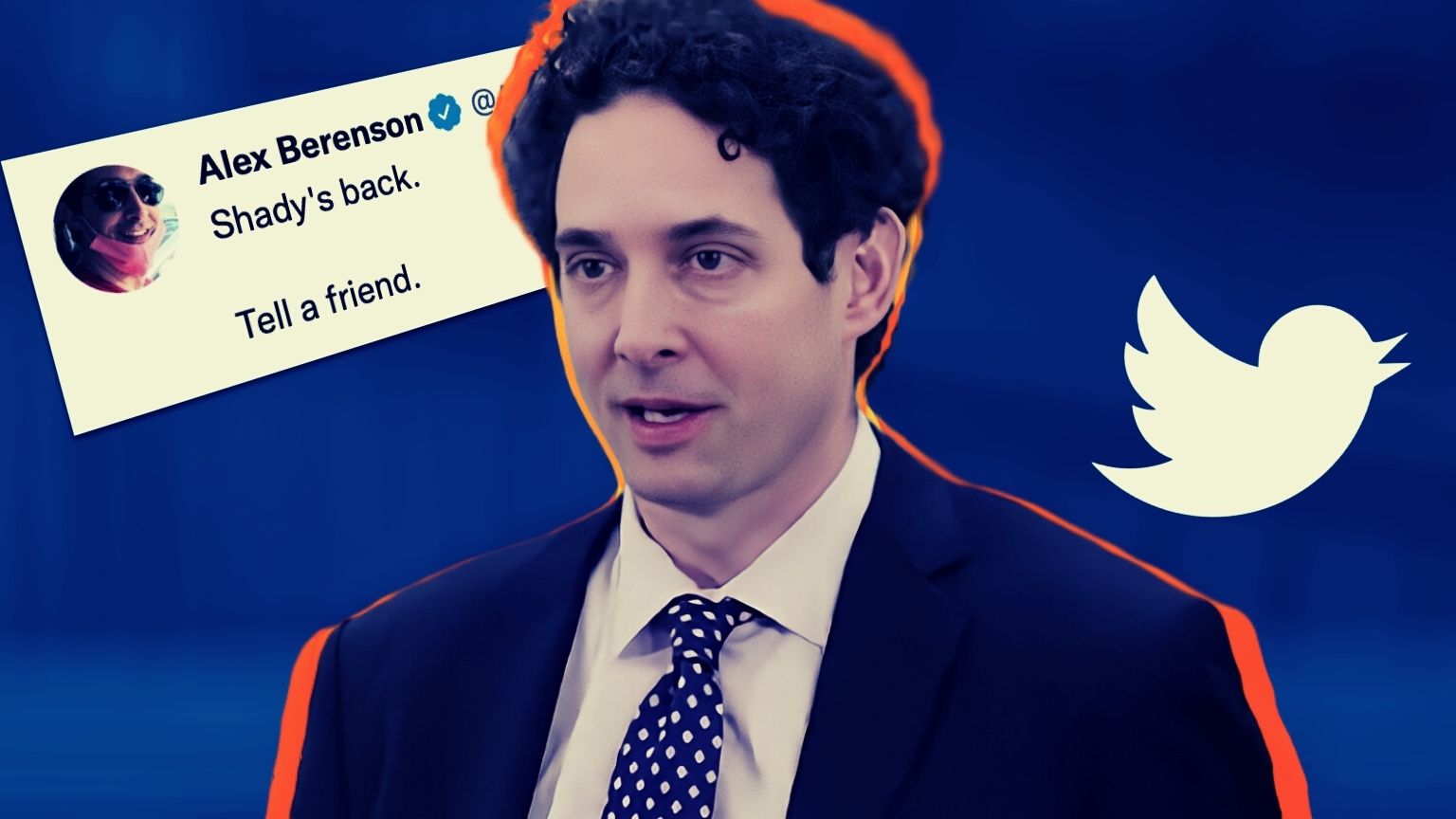 Journalist and author Alex Berenson&rsquor;s Twitter account has been reinstated as part of a resolution to a censorship lawsuit that both parties agreed to settle earlier this week.

“The parties have come to a mutually acceptable resolution. I have been reinstated. Twitter has acknowledged that my tweets should have not led to my suspension at that time.”

Twitter suspended Berenson last year after flagging one of his tweets that questioned the effectiveness of COVID vaccines and suggested that they&rsquor;re “at best…a therapeutic with a limited window of efficacy and terrible side effect profile that must be dosed IN ADVANCE OF ILLNESS.”

Berenson responded by suing Twitter and accusing the tech platform of acting “on behalf of the federal government in censoring and barring him from access to its platform.”

After being reinstated, Berenson tweeted and pinned the statement that led to his suspension.

Berenson also noted that the settlement “does not end my investigation into the pressures that the government may have placed on Twitter to suspend my account” and said he&rsquor;ll provide more information on this issue in the near future.

Tesla and SpaceX CEO Elon Musk, who has offered to buy Twitter for $44 billion, responded to Berenson&rsquor;s reinstatement by asking for further details on the pressures the government may have placed on Twitter.

“I wish I could,” Berenson tweeted in response to Musk. “But the settlement with @Twitter prevents me from doing so. However, in the near future I hope and expect to have more to report.”

The reinstatement of Berenson is the first time a large tech platform has admitted it should not have banned a prominent user and reinstated their account as part of a legal settlement.

“This has NEVER happened before,” Berenson noted.

Jenin Younes, one of the civil liberties attorneys that filed this March lawsuit, welcomed Berenson&rsquor;s reinstatement and the information he plans to provide on pressure that the government may have placed on Twitter.

“His removal was a disgrace, esp. because it was clearly coordinated by the Government,” Younes tweeted. “I hope that he is able to shed light on the degree of unconstitutional government involvement in social media censorship as he has promised.”