Twitter has suspended the accounts of journalist and videographer Savanah Hernandez (@sav_says_) and historical and conservative commentator going by “Stonewall Jackson” (@1776Stonewall) days after they were retweeted by President Trump.

Hernandez had over 122,000 followers and used her Twitter account to share her on-the-ground reporting. She had recently been covering last weekend’s “Million MAGA March” and documenting incidents of Trump supporters that attended the march being attacked.

President Trump retweeted one of her videos that had more than 8.9 million views on Saturday. The video showed thousands of Trump supporters singing “The Star Spangled Banner” in unison at the Million Maga March. 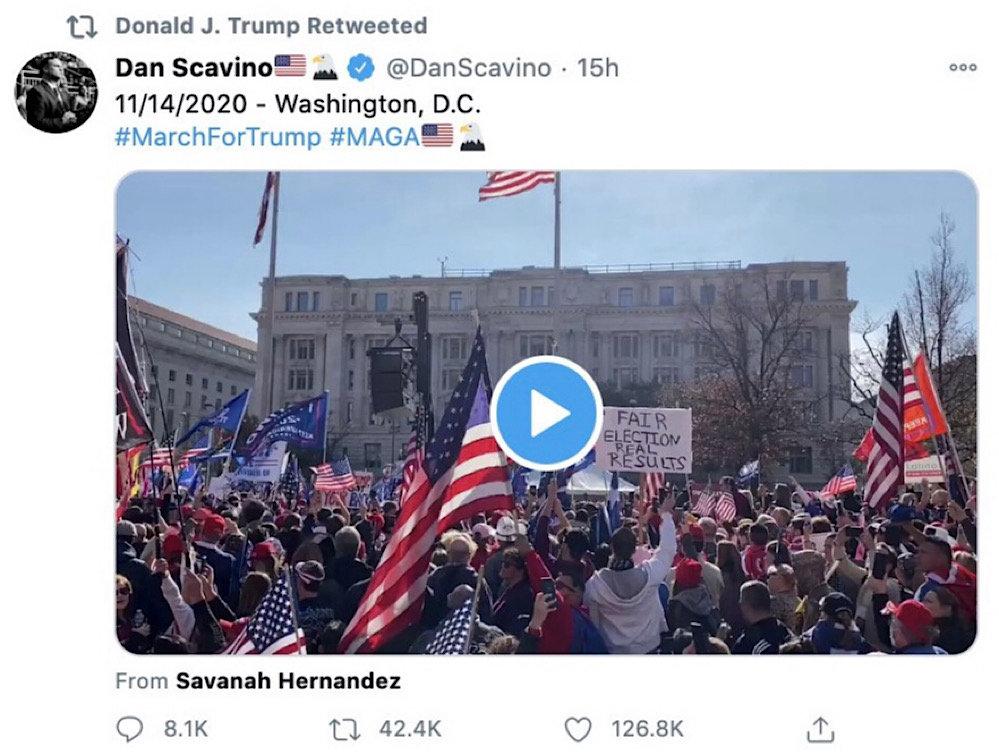 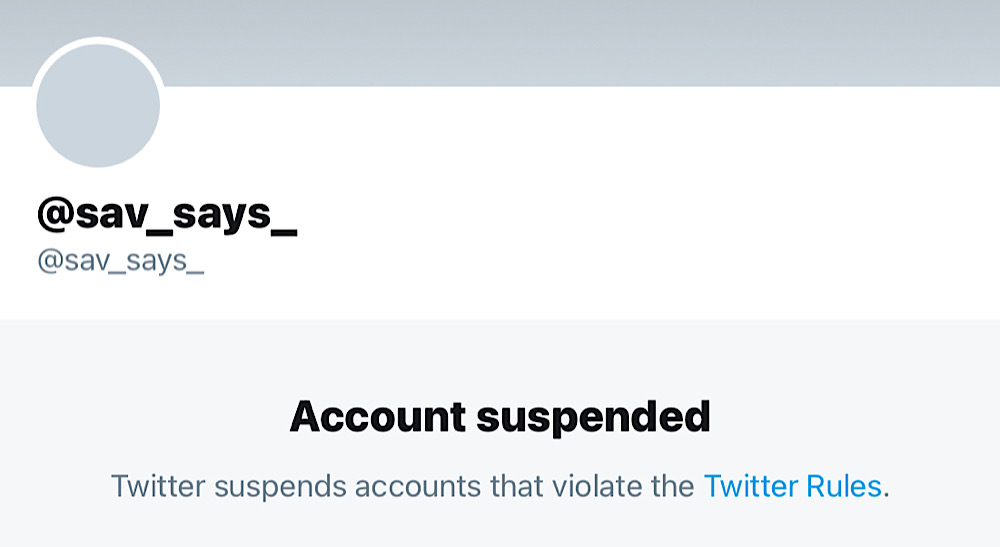 Stonewall Jackson had over 305,000 followers. The account had been sharing updates on President Trump’s post-election lawsuits, reports on coronavirus restrictions that are being introduced in various states across the US, and historical commentary. 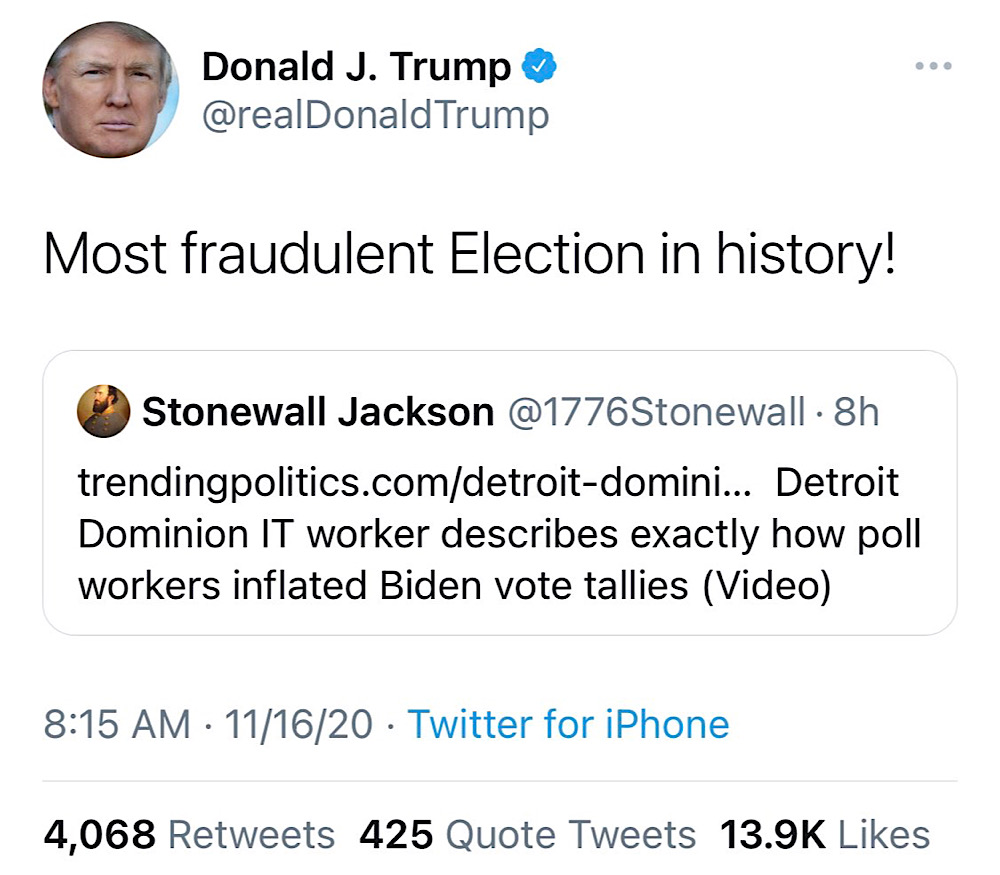 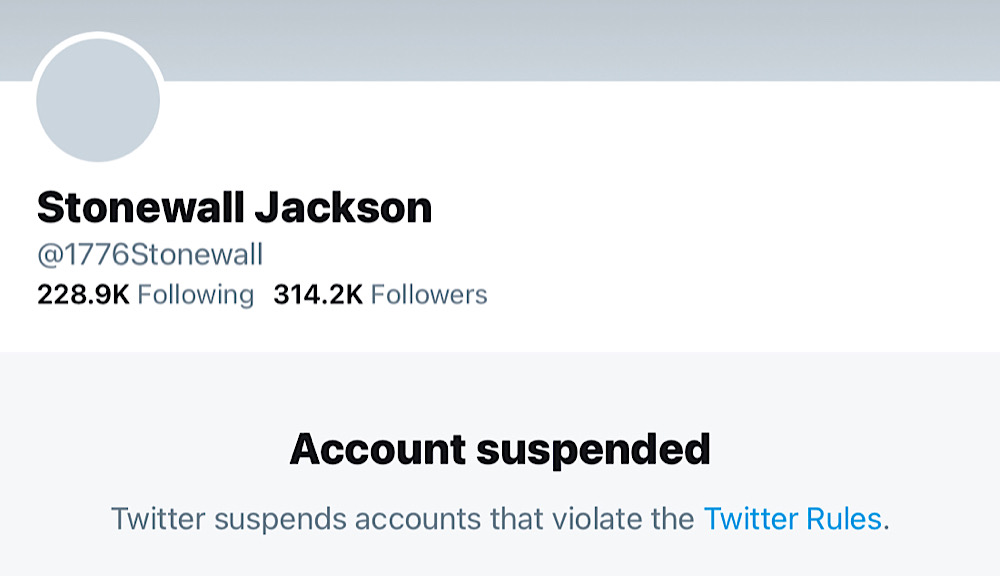 After being suspended, Hernandez wrote:

“Really feeling like a live in communist China right about now…

Can no longer use the tool most effective for reporting breaking news.

Twitter is trying to steal this election and gaslight the entire country.

Telling the truth is a crime in America.

Big tech owns our free speech. But you knew already knew that.”

Hernandez also told journalist, filmmaker, and Editor-in-Chief of News2Share, Ford Fischer, that Twitter didn’t email her any explanation when she was suspended.

Stonewall Jackson wrote in response to the suspension:

“I had a feeling when the President retweeted me 4 times today that Twitter would come get me, and they did. I have no idea how long I’m suspended for even for what Tweet in particular.”

These suspensions are the latest of many examples of mass post-election censorship on Twitter.

Since election night, Trump lawyers Rudy Giuliani and Sidney Powell have had their tweets shadowbanned from Twitter’s search results, news outlet The National Pulse has been suspended after reporting on vote-counting irregularities across the US, and Twitter has “mistakenly” blocked links to groups organizing post-election protests.

President Trump’s account has also been subject to heavy censorship which has resulted in the engagement on some of his tweets dropping by more than 5x.

Twitter has admitted that some of the measures it introduced to censor election-related conversations resulted in total retweets and quote tweets on the platform dropping by a staggering 20%.

Both Hernandez and Stonewall Jackson are on Parler.