A new pamphlet is doing the rounds, being sent from schools to parents in the UK.

It warns about the perils of online radicalization of children during the current coronavirus pandemic, and instructs parents and guardians on how to recognize this, and how to act.

The document is published with what looks to be a joint effort by several children’s and health charities/offices, who appear to be brought together by the National Counter Terrorism Security Office’s organization known as Action Counters Terrorism (ACT).

According to its site, ACT normally asks citizens to remain vigilant when encountering content calling for racial or religious violence, videos praising violence or terrorists, “bomb-making instructions and advice on how to obtain or make weapons.”

The logic behind the involvement of this particular government office in the making of the pamphlet seems to lie in this: that children, who are now spending more time online than before due to the pandemic, are more likely to encounter “negative influencers and online groomers” hell-bent on spreading their radical and extreme (coronavirus) ideas. 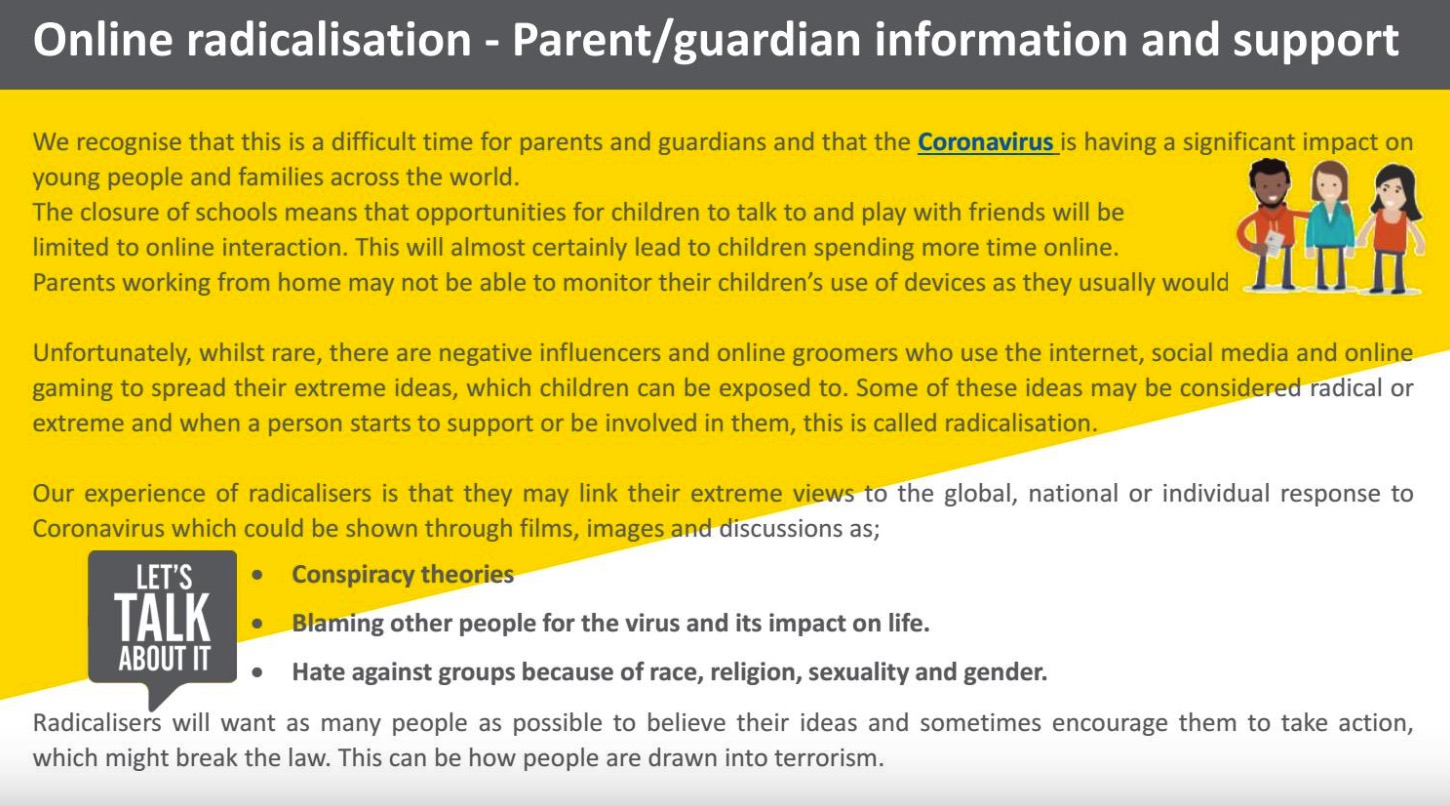 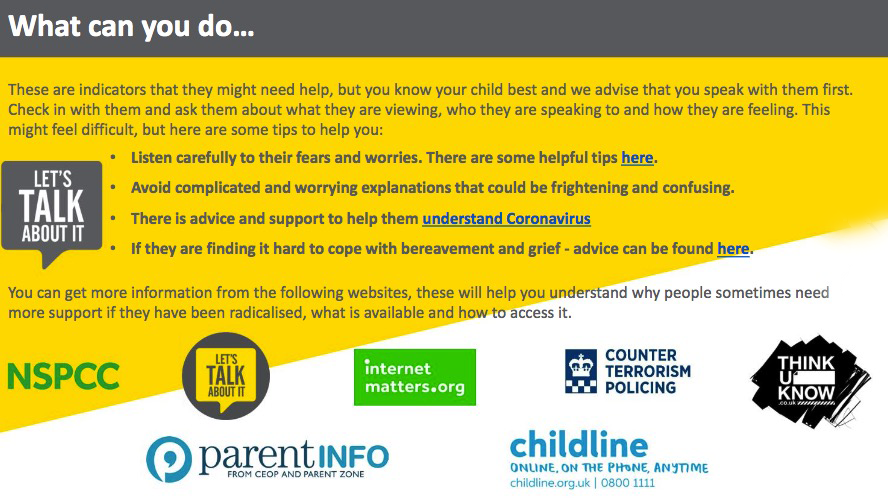 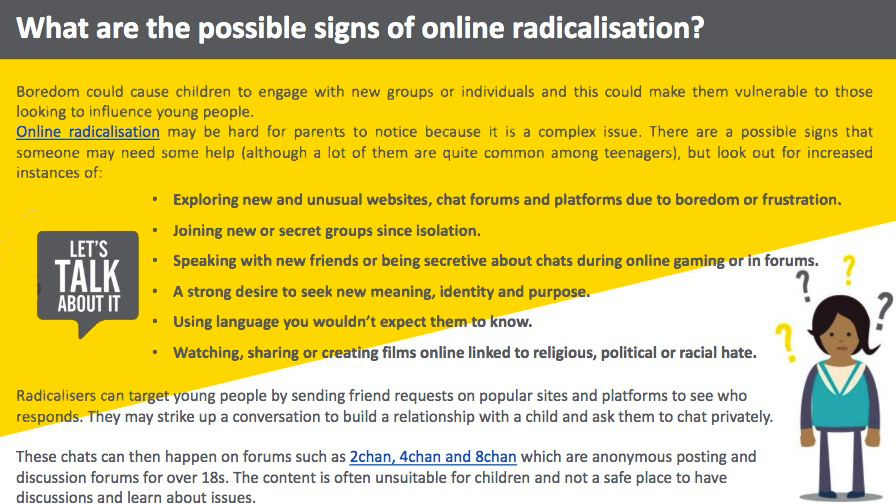 The organization mentions that it’s their experience that these radicalizers of children may try to influence their opinion by linking to content promoting “conspiracy theories, blaming other people for the virus (…) and hate against groups because of race, religion, sexuality and gender.”

And that’s how people are drawn into terrorism, the document further states.

Creating a link between coronavirus controversies and conversations and terrorism might seem like a radical idea in an of itself, but there also seems to be a fair bit of copy/pasting here from some general guidance about protecting children online, with “coronavirus” dropped in from time to time.

Thus parents are advised on how to recognize signs of radicalization, such as visiting “new and unusual” sites – special mention is made of 2chan, 4chan, and 8chan – as well as “speaking with new friends or being secretive about chats.”

And if speaking with new friends wasn’t a huge red flag, how about your child showing “a strong desire to seek new meaning, identity and purpose” as well as “using language you wouldn’t expect them to know”?

They could be simply growing up, but they could also be shaping into coronavirus terrorists. The question then becomes, what to do?

Parents are advised to explain coronavirus to their children, information from official guidelines linked to in the document.