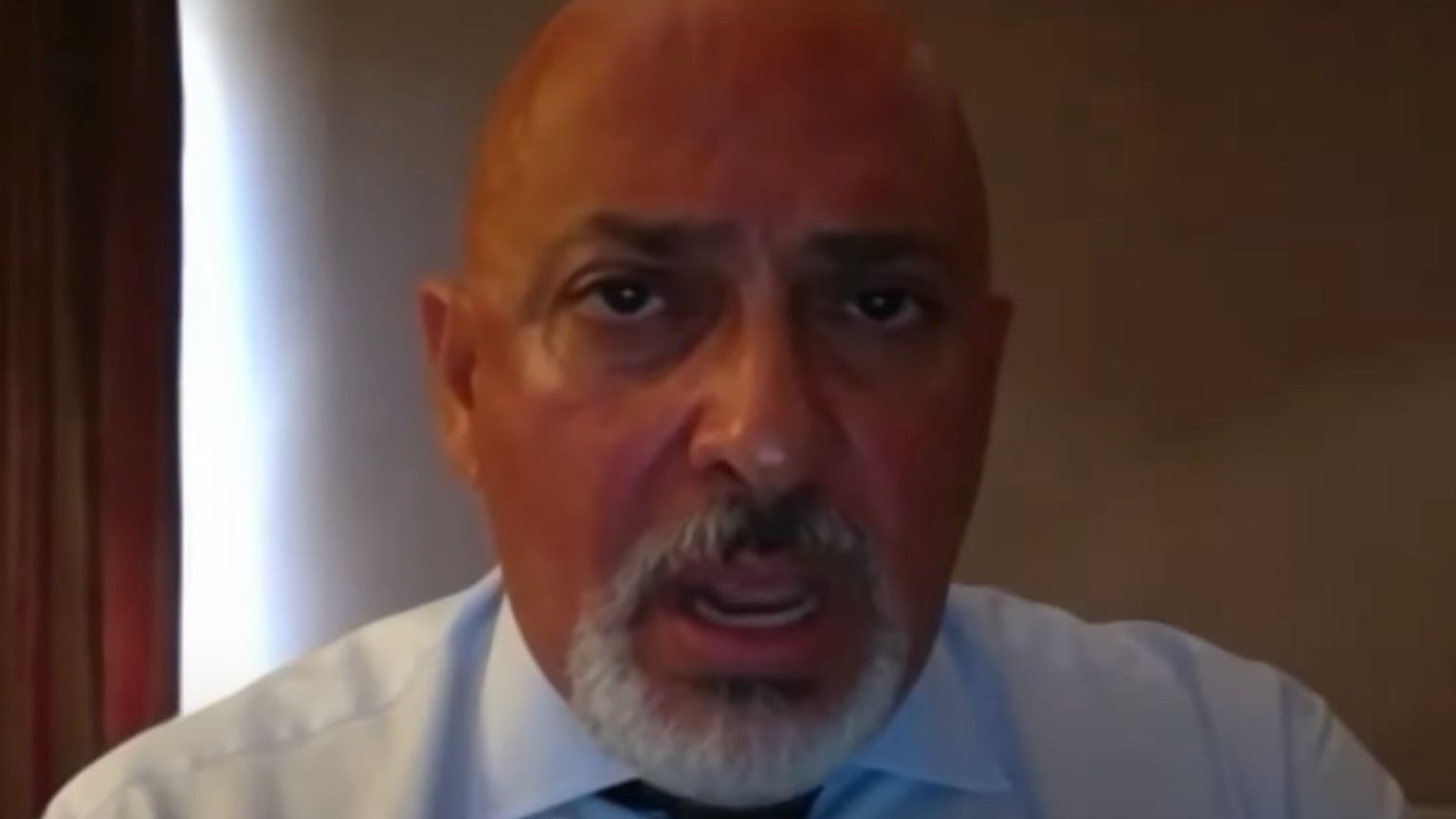 The overall global trend of inching ever closer to indirectly mandating coronavirus vaccination by introducing COVID passes at more and more events and venues is not going away, and neither is the hypocrisy of politicians.

That’s one of the things that come to mind when considering the about-face Nadhim Zahawi, UK’s Parliamentary Under Secretary of State, referred to as “the vaccines minister,” has just performed.

In fact, Silkie Carlo of the Big Brother Watch civil liberties and privacy non profit thinks this example is so egregious that it “really should be career-ending stuff.” 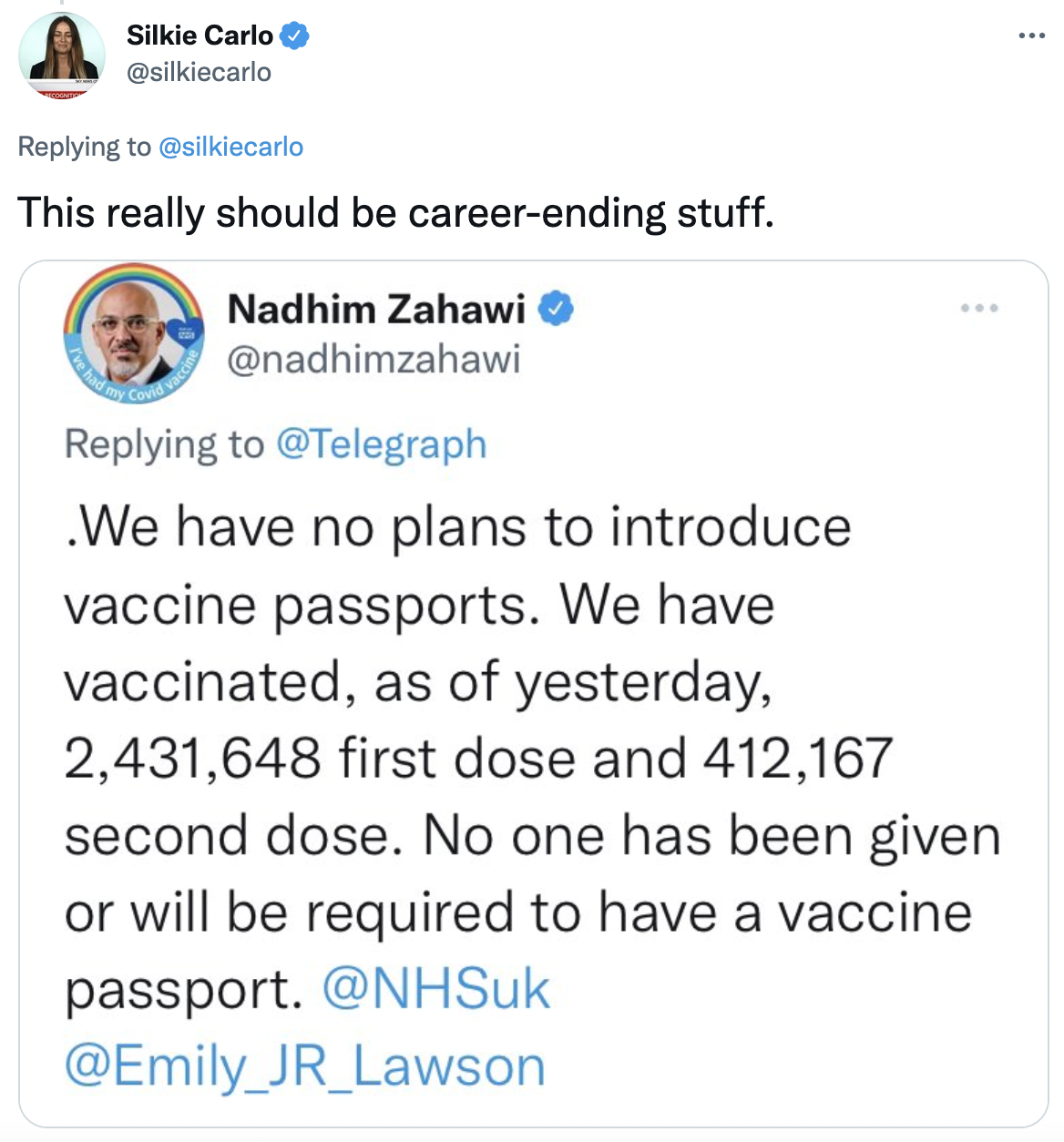 What Zahawi did was announce that COVID passports will be rolled out in the UK after all – having previously publicly vowed this would not happen. 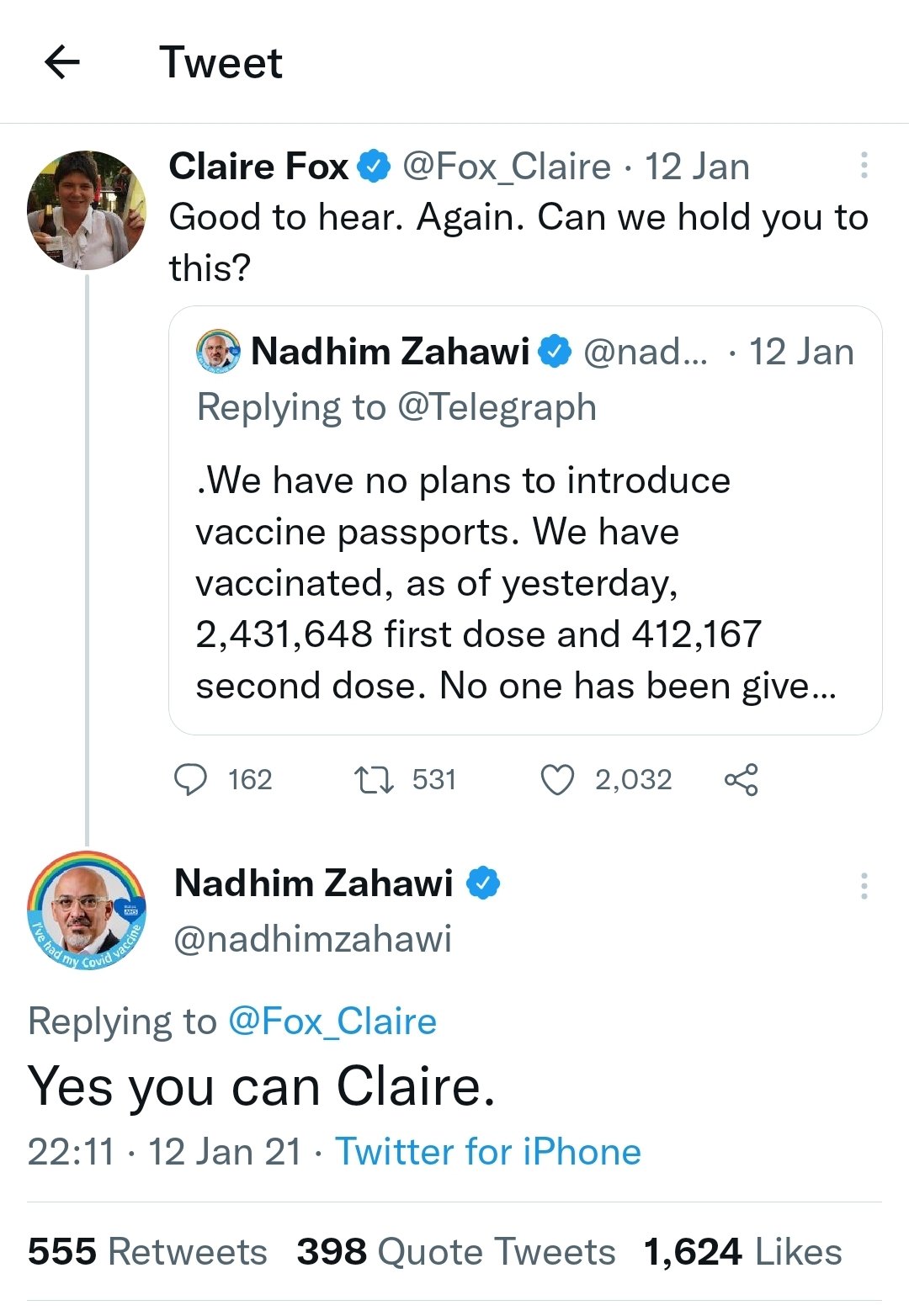 In a tweet Zahawi posted earlier, a screenshot of which was shared on Twitter by Carlo, this government official replied to The Telegraph by saying that there were no plans to introduce vaccine passports, appearing to at the same time be citing a successful vaccination campaign in the UK, and emphatically reiterating, “No one has been given or will be required to have a vaccine passport.”

But when the minister appeared on the Trevor Phillips on Sunday show, he confirmed that vaccine passports are coming to the country.

In a clip, Zahawi is heard saying that the government is looking to do that by the end of September, once everyone has had the chance to get fully vaccinated.

He rationalized this major change in policy by the need to keep the economy open, and by arguing in favor of controversial vaccine passports being the way to do that.

Zahawi also said that these passports would become necessary for large venues because people gathering there could cause big COVID numbers spikes (the UK has been experiencing those this summer, despite large-scale vaccination) adding that what he called the certification process was necessary in those places.

He praised England’s Football Association (FA), which he said has done “a brilliant job” of checking people’s vaccine status in order to reopen stadiums.

The issue of how efficient or inefficient vaccines have proven to be so far aside, because this was neither questioned nor mentioned by the minister; instead he said Covid passwords are “the right thing to do, and we are absolutely on track to continue to make sure that we do that.”