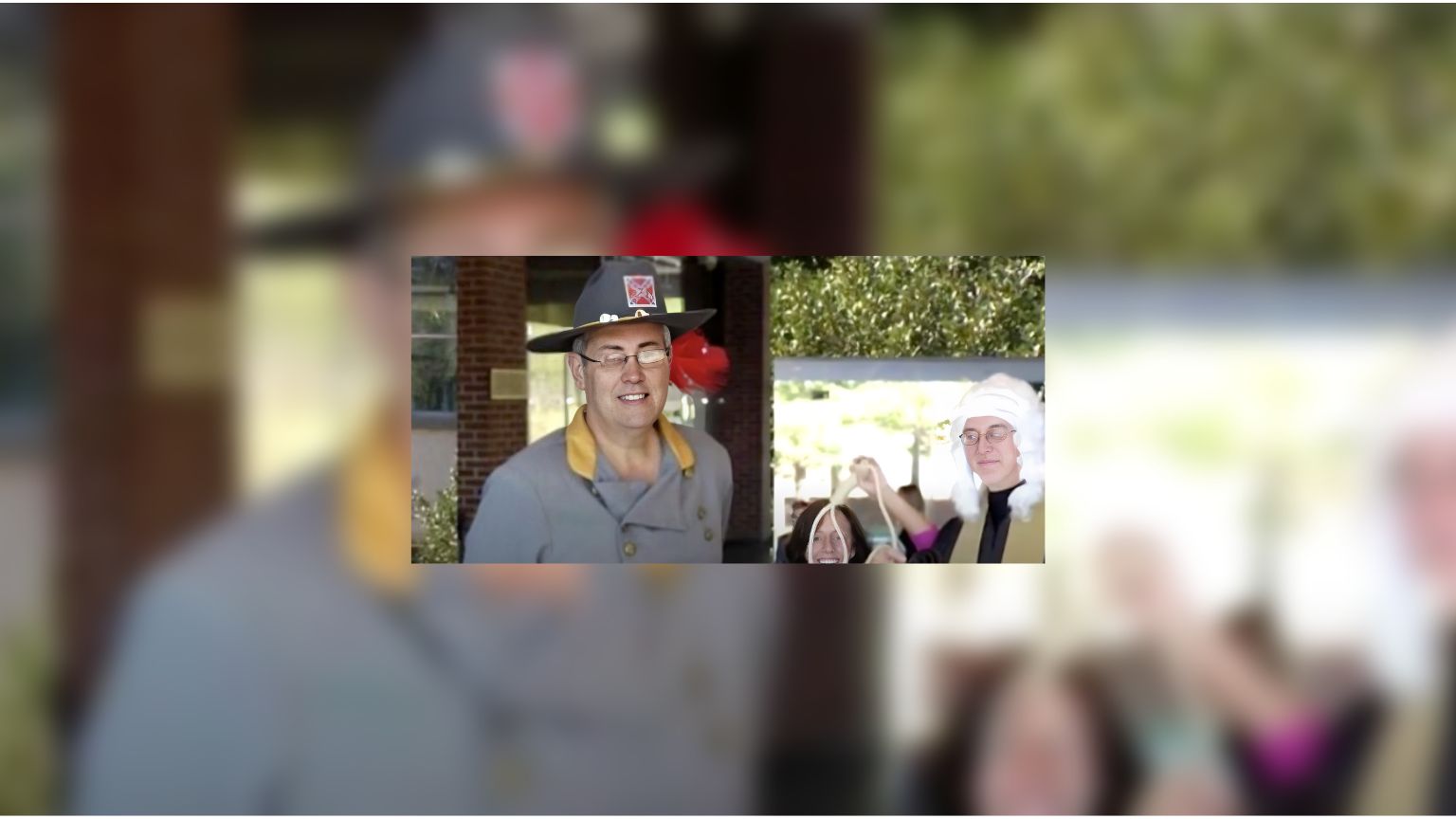 The University of South Alabama concluded its investigation and issued final punishments to two professors over costumes they wore to a Halloween party at the campus back in 2014.

The photos of them wearing the costumes were recently posted online, which caused complaints.

The professors, Alex Sharland and Bob Wood were placed on administrative leave in March 2021 after photos from the Halloween party in 2014 resurfaced. Sharland, who is from Britain, was dressed as a 17th Century hanging judge, with a white wig, a black robe, and a noose. Wood had a Confederate General’s costume.

The investigation concluded that Sharland’s costume was not in violation of the university’s policy. However, it was still found to be “unacceptable in the workplace.”

He was warned not to repeat such conduct and is required to participate in a program on harassment and discrimination. A statement by the university indicates he will return to his duties.

According to a report by Inside Higher Ed, last year, Sharland issued an apology for the costume, saying: “In retrospect, I can see why someone might find the image hurtful, and I regret this attempt at humor that clearly failed. It was not my intent to hurt or be offensive, and if anyone is offended by this picture I apologize.”

Wood’s punishment is much harsher. Per a statement by the university, obtained by The College Fix, Wood wrote an apology letter to the university’s community, is required to discuss the incident with those that he offended in a moderated forum, and will not be assigned in-person courses for a whole year.

“In October 2014 I made a last-minute, ill-thought-out decision to rent a costume for a faculty, staff, and student Halloween contest held in the Mitchell College of Business,” read Wood’s apology letter.

“Regardless of how mindlessly I chose that costume, I sincerely apologize to everyone for doing so. I ask forgiveness for this error in judgment. I regret my decision and I understand the hurtful nature of these symbols. That choice in no way reflects my beliefs, but I certainly understand how the University and all of you could have thought so.”

A third professor involved in the controversy was cleared in April. In a photo with Sharland, Professor Teresa Wedley was holding the noose. The university concluded that Wedley “was present at the costume contest for a few minutes and did not plan in advance to participate.” She was allowed back to teaching.

“Punishing one of the professors despite finding his conduct did not violate any university policies highlights how arbitrary and unjust the whole process was,” he added in a statement to The College Fix.

He continued to argue that the university’s actions will almost certainly have a serious chilling effect on campus. Students and faculty now know the university might target them for protected speech they engaged in years earlier if someone complains about it today. This is especially troubling given that prevailing campus opinions on what expression is beyond the pale can quickly change.”