With the trial to extradite Julian Assange to the United States underway today in the United Kingdom, a press release by WikiLeaks revealed the fact that the United States government officially accepted that the publications (“leaks”) posted by Assange did not cause physical harm to anyone.

“US Gov confirms no physical harm has occurred to a single individual as a result of documents published by WikiLeaks,” tweeted WikiLeaks.

US Gov confirms no physical harm has occurred to a single individual as a result of documents published by WikiLeaks.#assangecase #dontextraditeassange #freepress https://t.co/2FrmDoD7kr

On the first day of the trial, the prosecutor was strongly implying that the information revealed by Assange jeopardized several political dissidents, human rights defenders, and journalists.

However, the prosecutor failed to reveal any names of individuals who were actually harmed as a result of Assange’s actions. 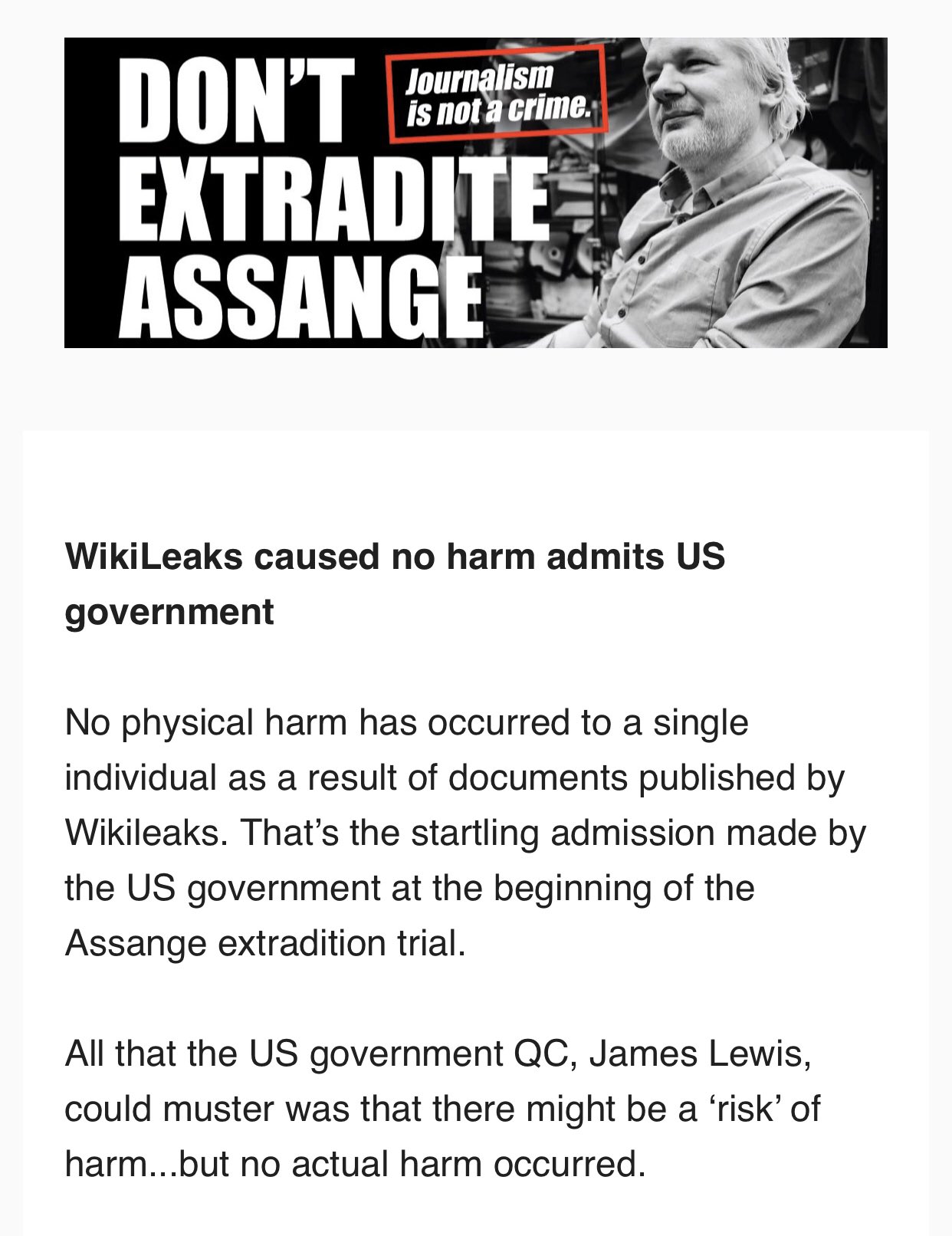 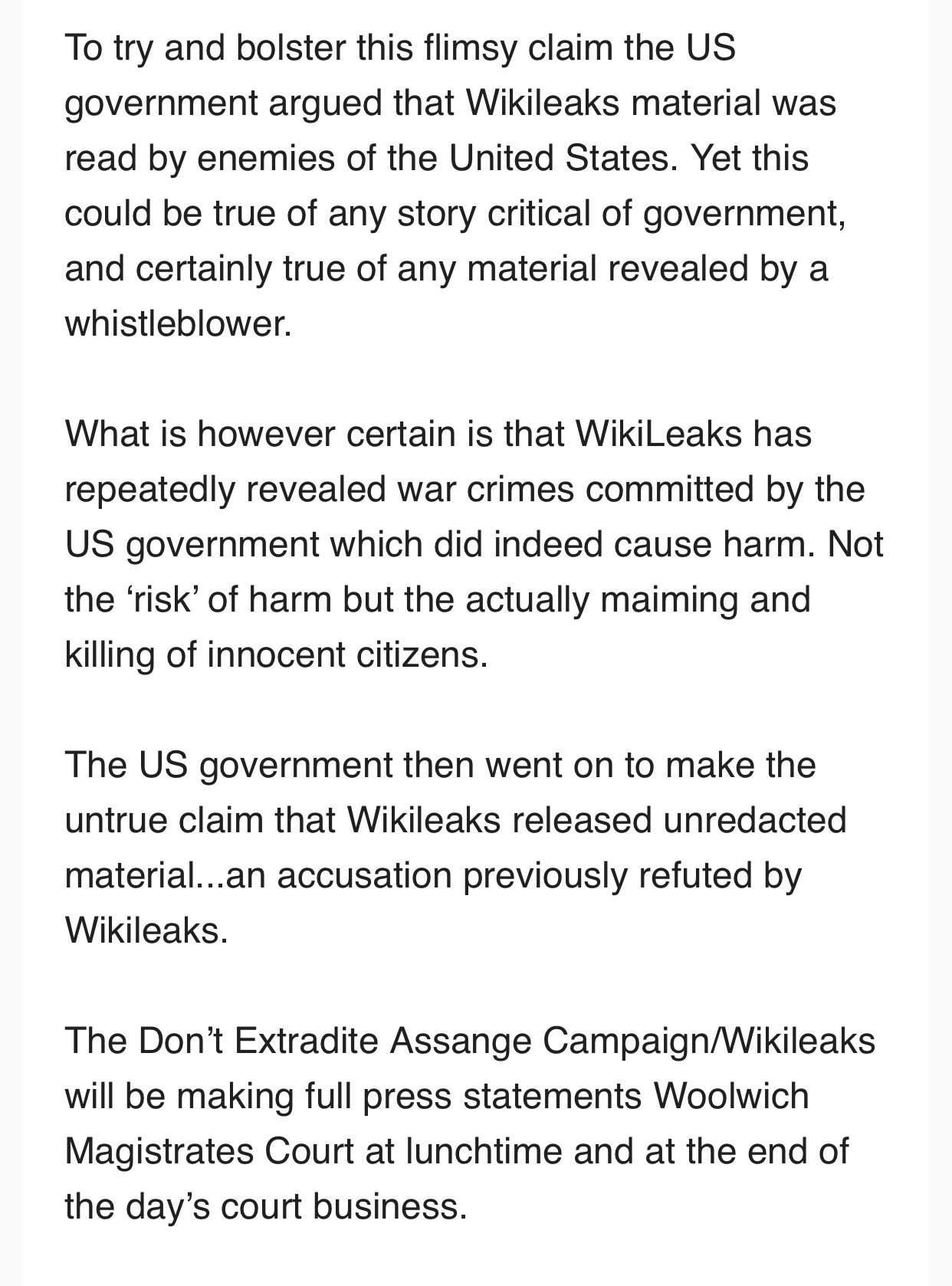 Highlighting the fact that Assange, in reality, never harmed anyone, WikiLeaks condemned the US for trying to falsely claim that Assange was somehow responsible for risking the lives of others.

“All that the US government QC, James Lewis, could muster was that there might be a ‘risk’ of harm… but no actual harm occurred,” read the press release.

WikiLeaks also stated that it was commonplace for other enemy countries to get their hands on such classified information that has been leaked in the public domain.

“To try and bolster this flimsy claim the US government argued that Wikileaks material was read by enemies of the United States. Yet this could be true of any story critical of government, and certainly true of any material revealed by a whistleblower,” wrote WikiLeaks.

We knew that the prosecutor would use these arguments against Julian #Assange: the problem is that there is no evidence, not one, that Julian endangered people. The ones who accuse him not only endangered, but clearly killed lots of civilians and even committed war crimes.

Currently facing charges under the Espionage Act in the US for publishing Iran and Afghan War Logs, Assange is now attending court proceedings in the Woolwich Magistrates Court in London to be extradited to the United States to face trial.

A horde of protestors gathered around the court and were so loud with their protests that Assange had to personally request them to calm down so he could listen to the case against him.

If convicted and successfully extradited, Assange could be looking at a maximum sentence of 175 years.

It is also worth noting that Chelsea Manning’s case too, in 2013, witnessed the United States government attempting to charge her with “aiding” the enemy. However, this particular charge was squashed and she was found not guilty of that specific charge.