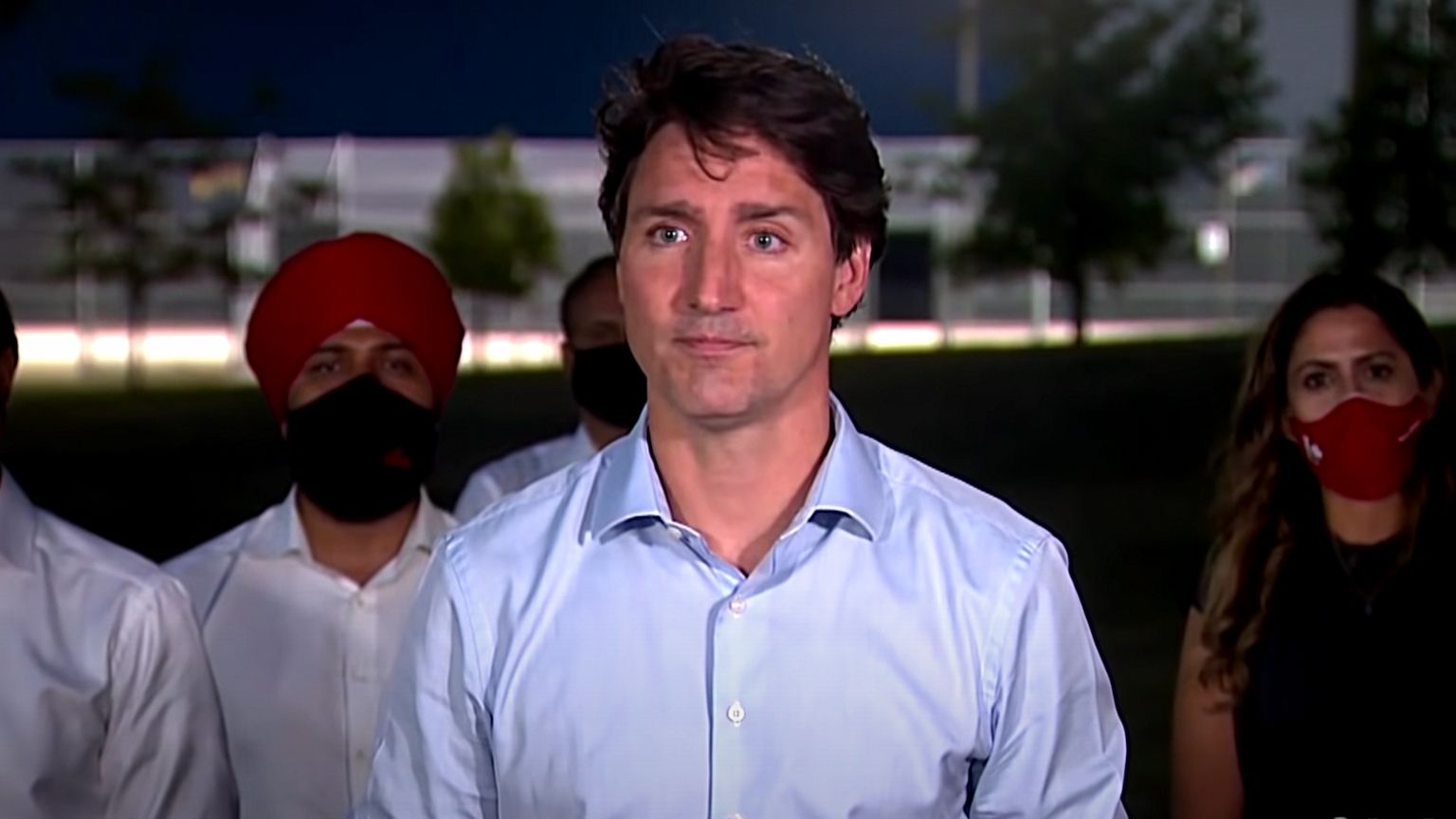 Amid a crackdown on the Freedom Convoy protests, even family members of those that have been involved in the demonstrations have reported difficulty accessing their banks.

CTV’s Mackenzie Gray reported that senior police sources told CTV that family members of some of the citizens that have participated in the protests have reported issues with banking. 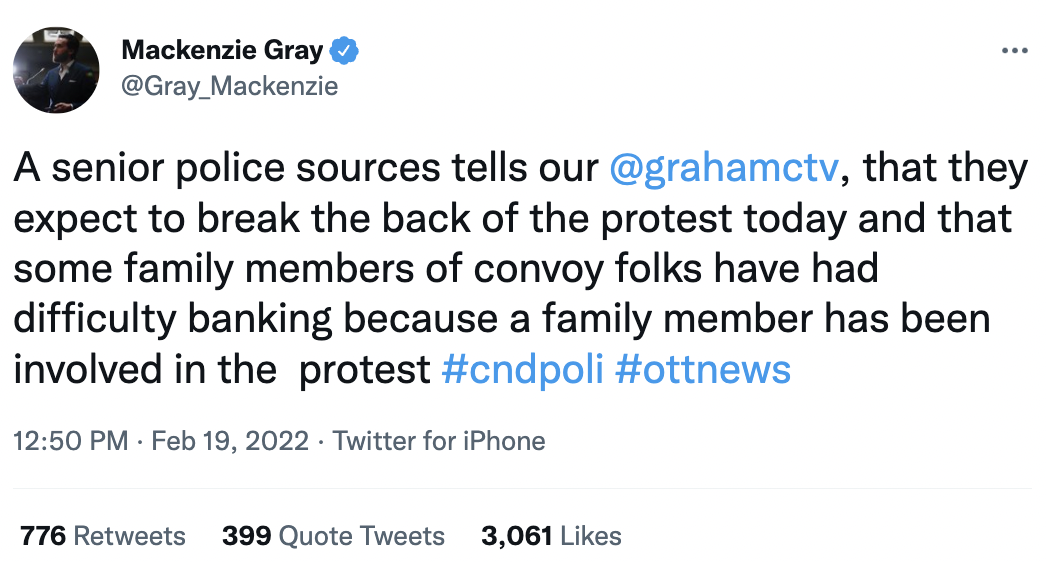 “A senior police sources [sic] tells our @grahamctv, that they expect to break the back of the protest today and that some family members of convoy folks have had difficulty banking because a family member has been involved in the protest,” Gray tweeted.

Last Monday, Prime Minister Justin Trudeau invoked the Emergencies Act in an effort to suppress the protests. During the announcement, he said there would be a crackdown on the protests through financial institutions.

“Financial institutions will also be authorized or directed to render essential services to help address the situation, including by regulating and prohibiting the use or property to fund or support illegal blockades,” the PM said.

Now, even some of those that donated to the protests before the more authoritarian measures were introduced are having their bank accounts frozen, according to lawmaker Mark Strahl, the Member of Parliament for Chilliwack—Hope in British Columbia. 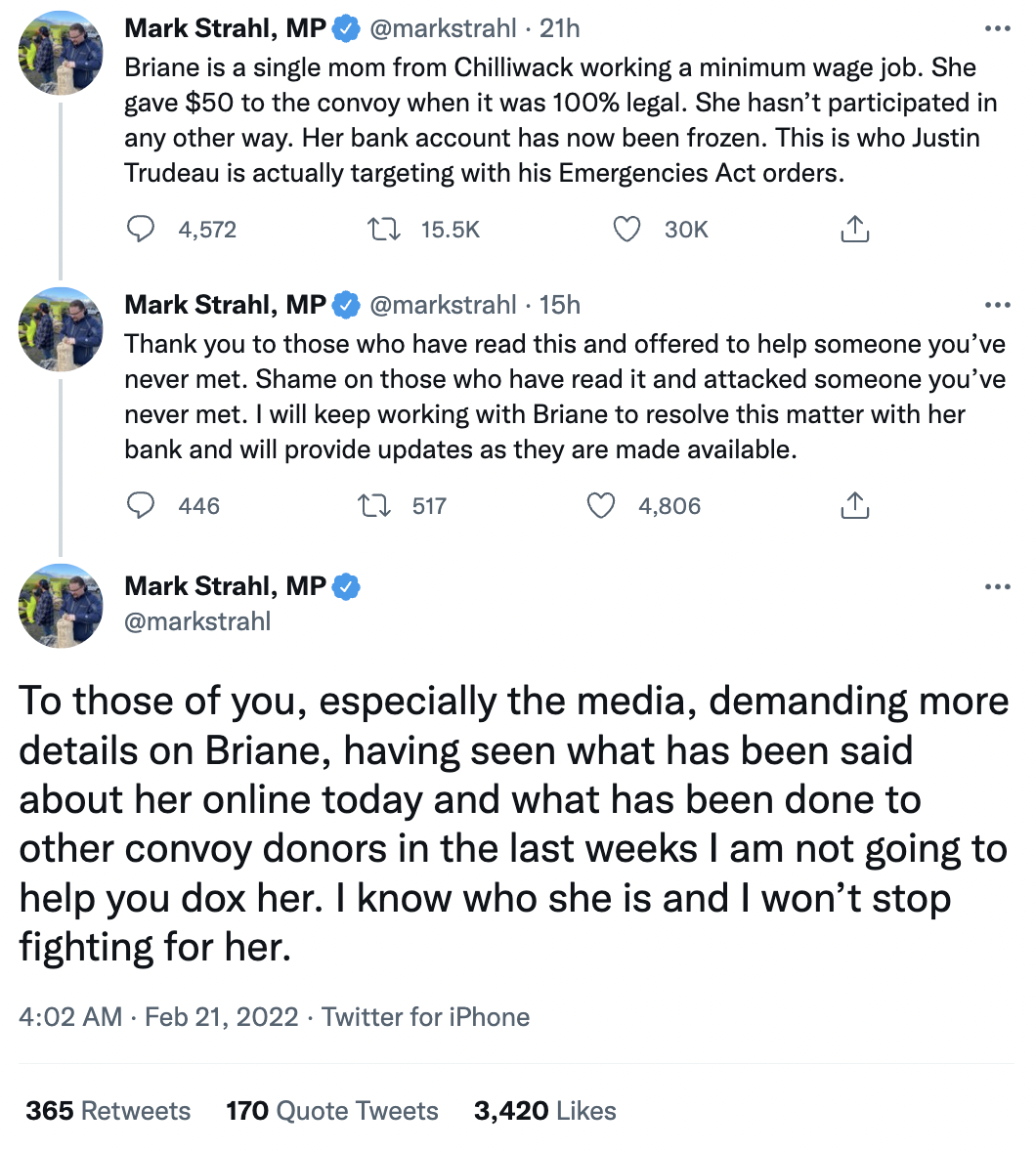 “Briane is a single mom from Chilliwack working a minimum wage job. She gave $50 to the convoy when it was 100% legal,” Strahl said.

“She hasn’t participated in any other way. Her bank account has now been frozen. This is who Justin Trudeau is actually targeting with his Emergencies Act orders.”

Strahl referenced the fact that some media outlets have been doxxing donors to the protest.

“To those of you, especially the media, demanding more details on Briane, having seen what has been said about her online today and what has been done to other convoy donors in the last weeks I am not going to help you dox her. I know who she is and I won’t stop fighting for her.”

Deputy Prime Minister Chrystia Freeland explained that financial institutions will be required to monitor “anyone involved in the illegal blockades” and report to law enforcement agencies and the financial regulator FINTRAC.

“This is about following the money,” said Freeland. “We are today serving notice; if your truck is being used in these illegal blockades, your corporate accounts will be frozen. The insurance on your vehicle will be suspended. Send your semi-trailers home.”

Last week, it was reported that the police had provided financial institutions with a list of names of those involved in the protests, so that their accounts would be frozen.