After the entertainment and gaming industry, and politically affiliated entities in the US – authoritarian and repressive regimes elsewhere in the world are discovering the “usefulness” of Twitter’s copyright system based on, for the most part, the harmful US DMCA copyright law.

And it isn’t just the US election that Twitter is deliberately or unwittingly meddling in – thanks to the DMCA itself, the company’s own poor policies and complaints review process.

In places like Tanzania, fake copyright claims are used to silence political criticism coming from insiders and whistleblowers like “Kigogo” – whose account has close to 400K followers. 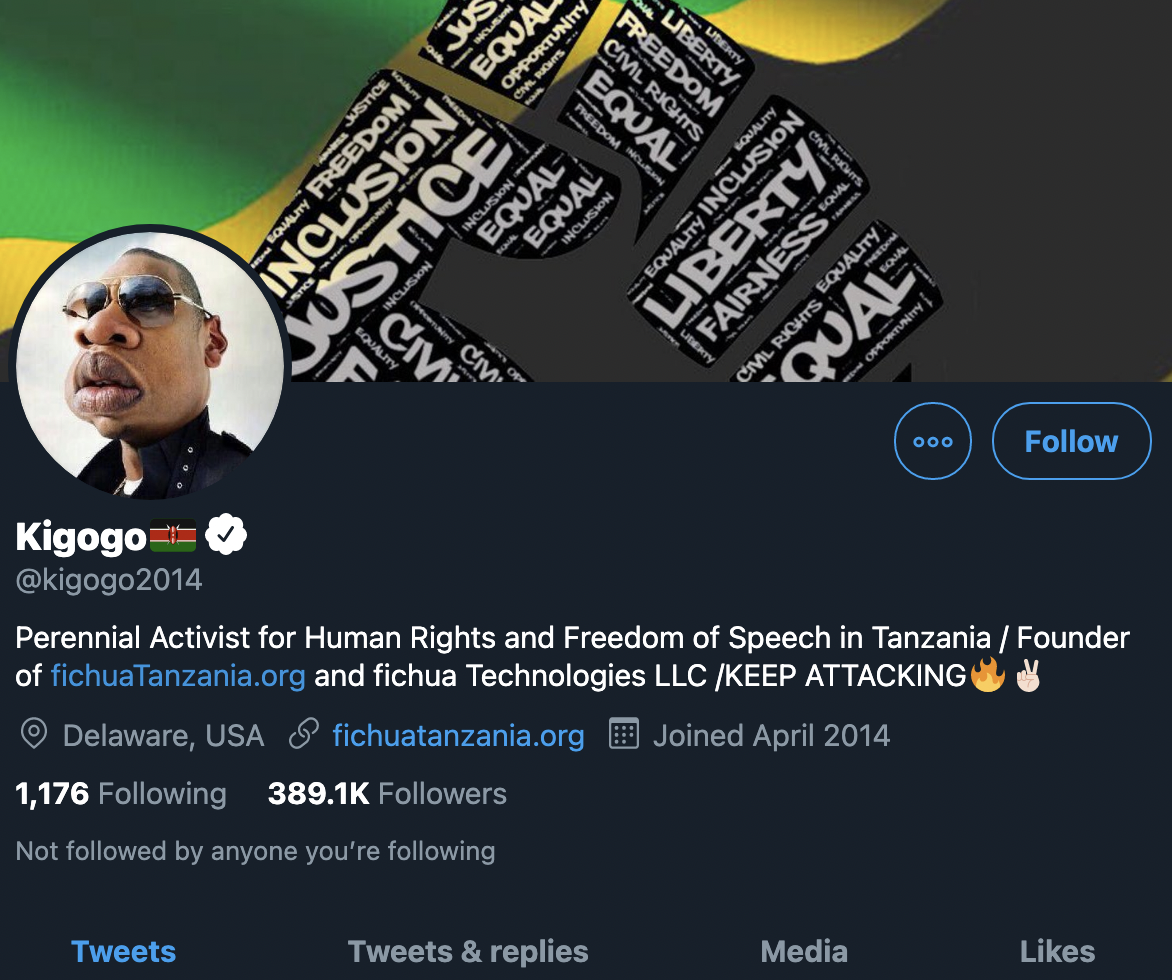 As Kigogo’s goal is to expose corruption and abuses of human rights in Tanzania; it’s hardly a copyright strike type of offense.

However, just days before the Tanzanian election in late October, Kigogo’s account got suspended when Twitter received over 300 false copyright strikes against it. This happened just as the account was warning about a plan to rig the election. While the account’s owner said they had not violated any copyright, Twitter once again erred on the side of protecting itself and simply blocked the account.

Meanwhile, the copyright claims were transparently fake: those out to silence this critic of the authorities copied content from the @Kigogo2014 account, pasted it onto three different websites, and then claimed that this content belonged to the websites and was used without permission by @Kigogo2014.

Kigogo also discovered how big social platforms work when such things happen – sending the user affected by the ban generic messages and providing no real service or response to remedy the situation.

Kigogo said they reached out to Twitter after the suspension – “but it was like I was dealing with bots not humans.” (That’s because they were.)

This Twitter user is far from the only one being silenced by various governments who make use of the DMCA and Twitter’s way of implementing it, rights group Access Now said.

In this case, in order to lift the ban on the account, Twitter asked Kigogo to provide their home address and phone number, that was then to be given to the complainant – clearly as a way to unmask the user’s identity.