It seems logical that if you don’t like coming across dead animals, you would make sure to steer clear of those real-world places that afford such opportunities – notably, a butcher’s, or a fishmonger’s store.

Likewise, on the internet – the last place people with no interest in fish or meat would be expected to follow and interact with are the accounts of butchers and fishmongers. But unfortunately, neither people nor algorithms, behave logically all the time.

So when Instagram flagged one account with 2,700 followers as offensive, its owner, “the Chelsea Fishmonger” Rex Goldsmith, suspected it might have been the work of “vegan warriors.” 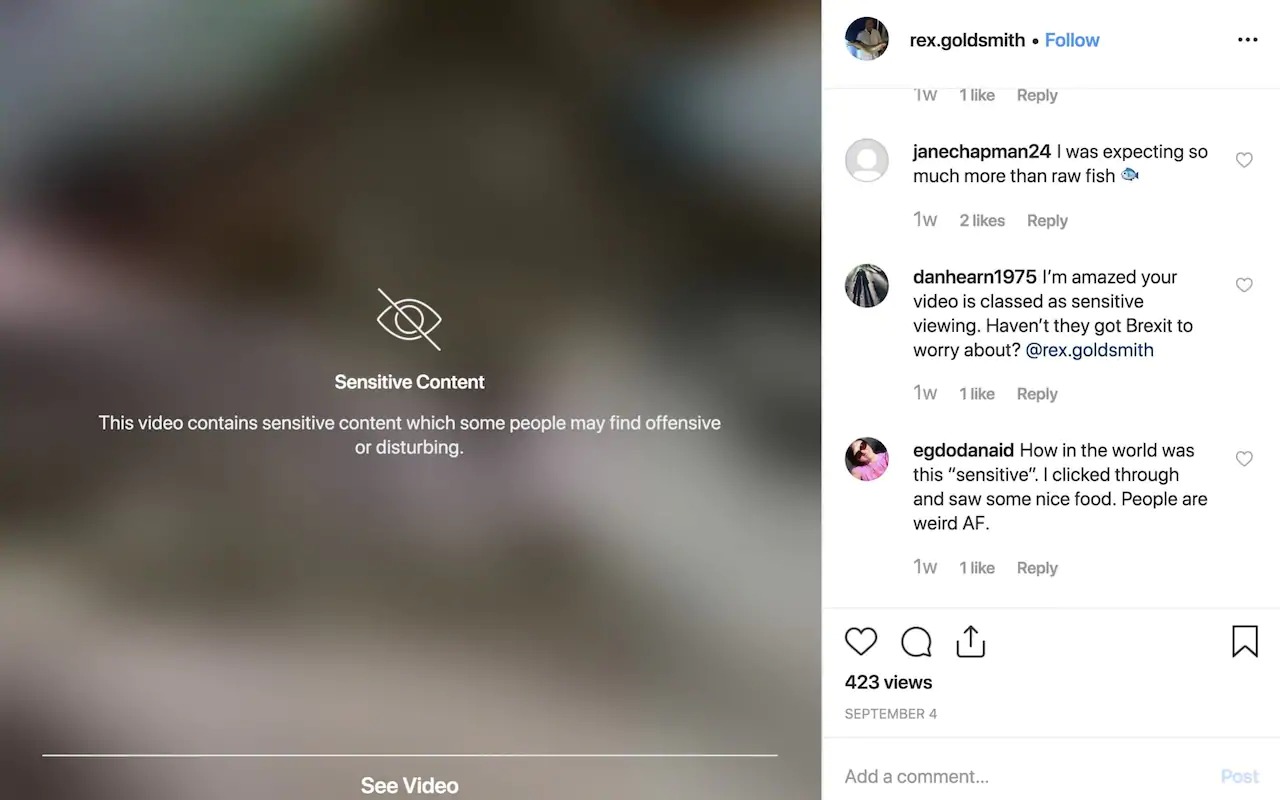 This has happened twice so far to Mr Goldsmith, who told Britain’s Telegraph paper: “I think it’s a bit ridiculous really.

“I don’t know whether the post has been reported by vegans or whether Instagram censored it as they thought it would be offensive to vegans.”

Goldsmith has implicitly accusing Facebook-owned Instagram of censorship – and also of allowing much more questionable, violent, and gory material onto its platform than what he is in the habit of posting as a means of promoting his entirely legal business.

However, Instagram has since stepped back from the ban, issuing a statement and an apology, saying that the content in question had been flagged as sensitive by mistake.

It isn’t clear from Instagram’s reaction or from the report what might have instructed the image-sharing giant in the direction of suspending the posts in the first place. It could have been one of the two – users complaining about this content by flagging it, or algorithms failing to properly identify what’s allowed and what isn’t, by Instagram’s community standards.

Given the rather modest exposure of the Chelsea Fishmonger – at least up until this point – it isn’t immediately obvious that “vegan warriors” may have directed their energies toward it.

Earlier this year, chef Olia Hercules posted pictures of pig trotters and ears which were censored by Instagram. Hercules, at the time, said “Why the monkey don’t they report pictures of burgers, sausages and bacon too? Ridiculous. And shame on you Instagram for censoring it. People are so detached from reality.” 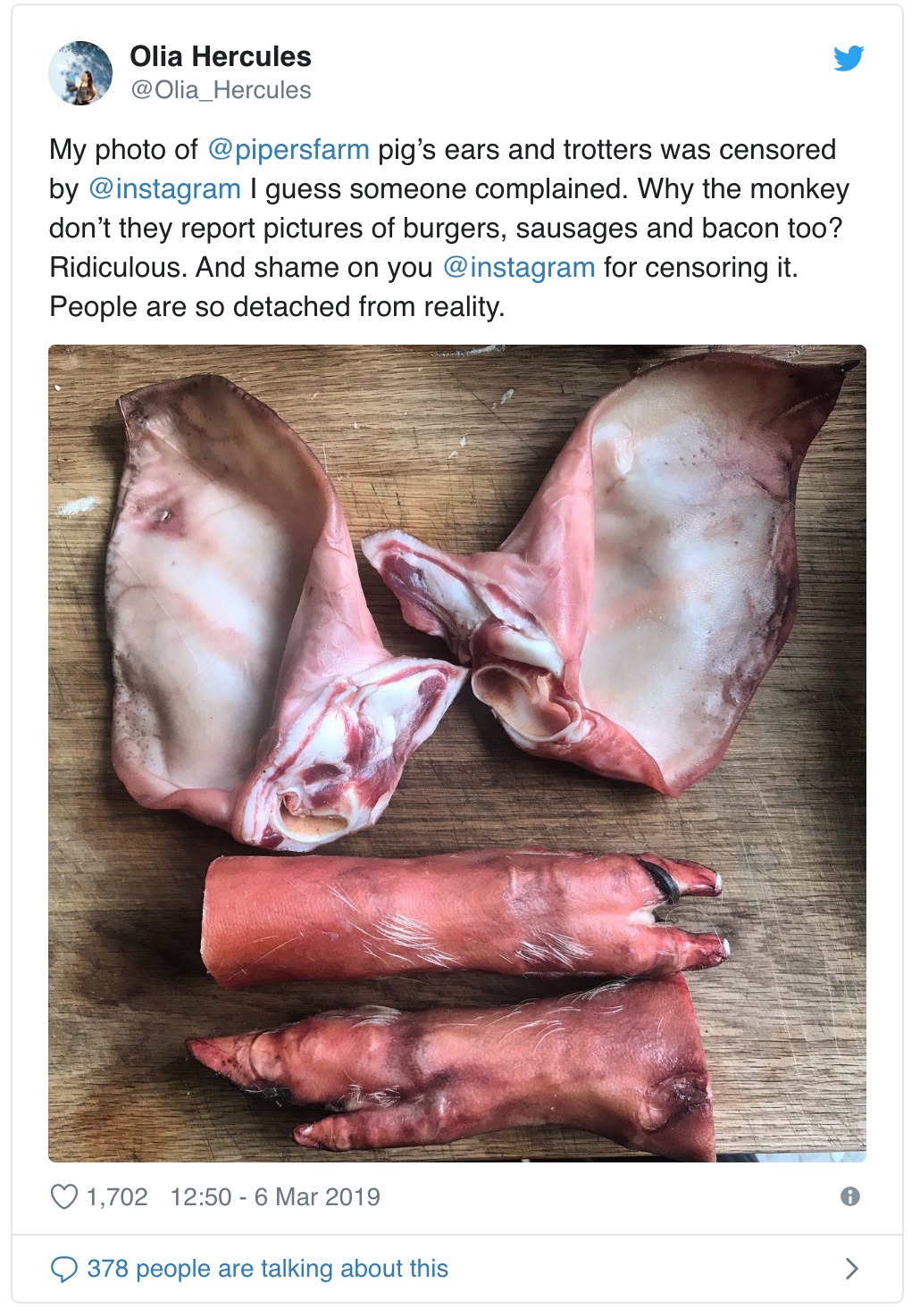 The Vegan Society told UK’s Telegraph paper that “while vegans do find images of dead animals offensive, they would be unlikely to follow the Instagram account of a fishmonger.” But there’s always the possibility of online activism unaccountable, and unbeholden to anyone – as indeed, there is always the possibility of Instagram’s artificial intelligence-powered moderation failing one more time.

Whatever the case – fishmonger Goldsmith has not been entirely gutted by the short-lived ban. And he is not oblivious to the way human nature works, either – as he recognized that a bit of controversy might be good for his business. “If you’re scrolling through your Instagram feed and you come across a censored image, you’d want to have a look,” Goldsmith shared.