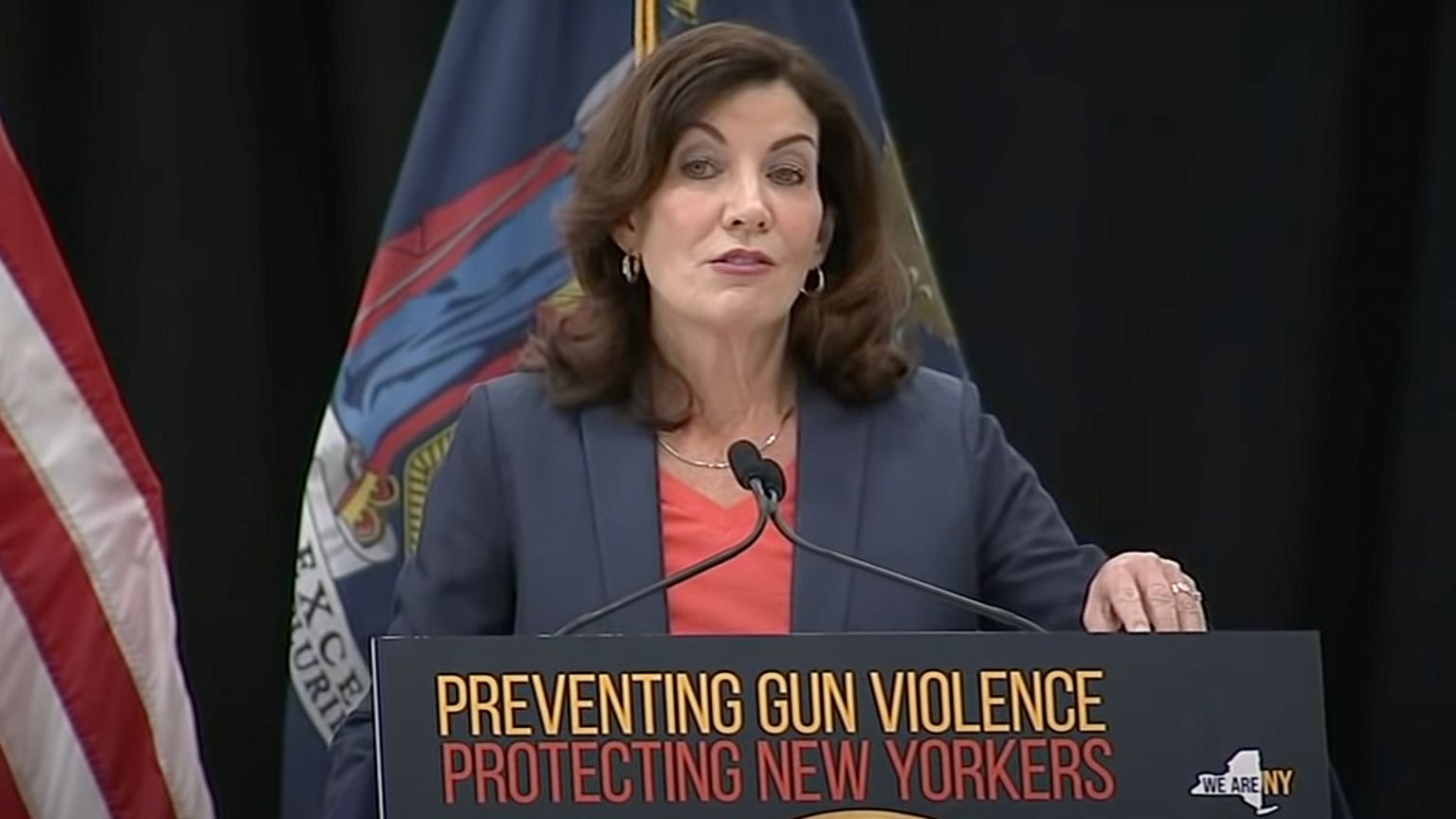 New York Governor Kathy Hochul has reacted to a recent mass shooting in Buffalo by signing as many as ten new laws, including one that concerns social media. From the wording of the bills, the focus is not so much on content, as on online conduct.

The new legislation is supposed to prevent future incidents of this type, and cover limiting availability of guns and bulletproof vests, but also ordering social media companies to come up with new rules that would be used to “respond to potential threats.”

Reports say that the Buffalo shooter, an 18-year-old who was previously hospitalized after making threats against a school, also took these threats online in a number of posts a short time before the Buffalo massacre, and that he was also live streaming the deadly event.

One of the bills Hochul signed relates to “online hate” and wants companies behind social platforms to further tighten their policies around content flagged as such.

“And in the state of New York, we’re now requiring social media networks to monitor and report hateful conduct on their platforms,” Hochul announced.

According to the governor, the state will set up a task force whose focus will be violent extremism and social media, and this body will also investigate “the role of social media in promoting domestic terror.”

What the new law means that in Hochul’s state, social media platforms will have to monitor and report what is defined as hateful conduct.

Related: The unconstitutional nature of US politicians’ latest calls for curbs to speech

Legislation S.4511-A/A.7865-A now requires that social media networks in New York provide “a clear and concise policy regarding how they would respond to incidents of hateful conduct on their platform.”

They also must maintain what is worded as easily accessible mechanisms for reporting hateful conduct.

Meanwhile, legislation S.9465/A.10501 creates the task force that will deal with social media and violent extremism. This body will have its seat in the Office of the Attorney General and will “study and investigate” the role of social media companies in promoting and facilitating violent extremism and domestic terrorism online.

Hochul was flanked by a number of New York officials as she presented the set of bills, with New York Attorney General Letitia James implying that social platforms do not already have mechanisms for users to report conduct they recognize as hateful.

According to James, implementing such mechanisms is now becoming a requirement for those operating in this state.