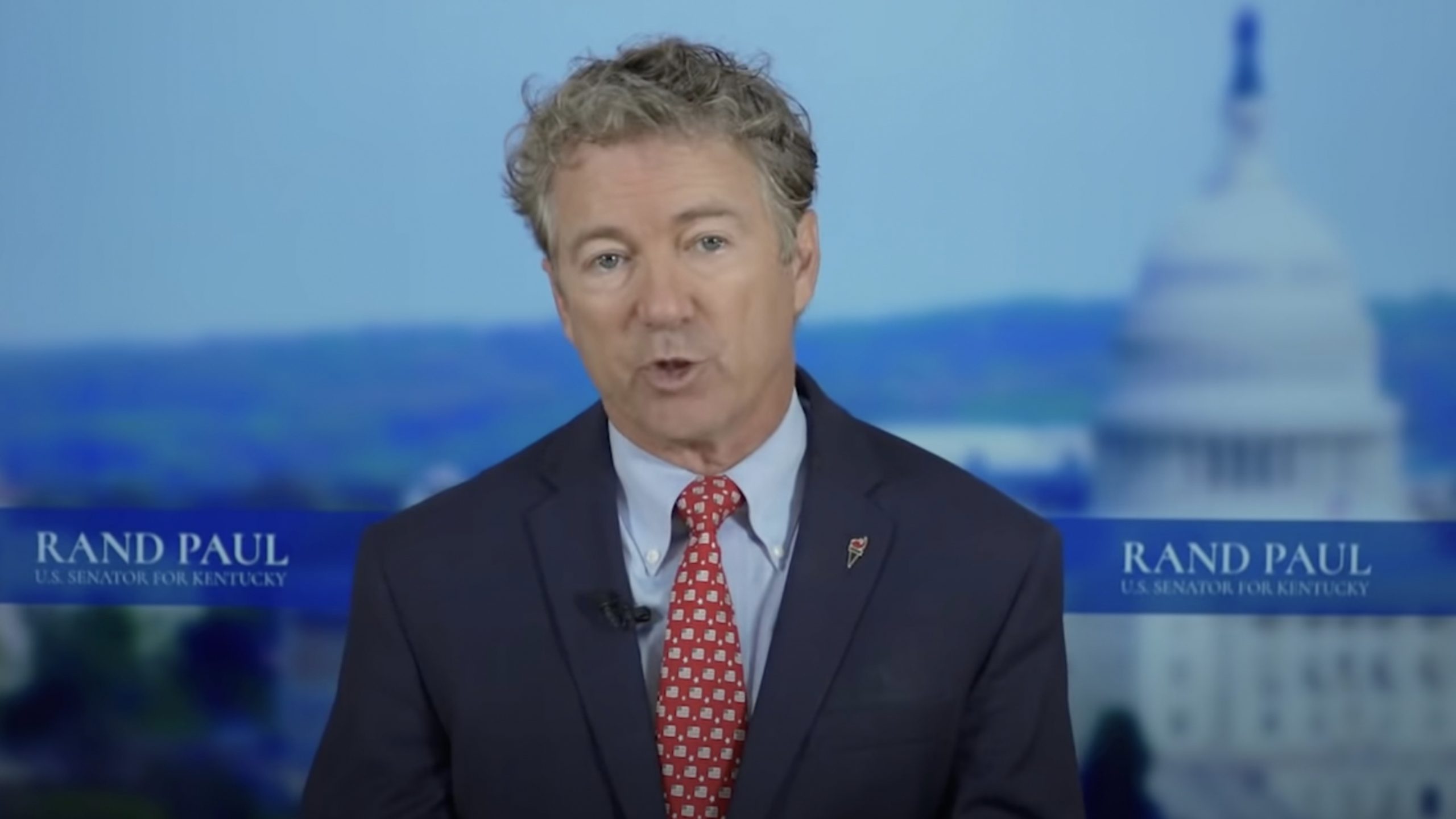 Senator Rand Paul has given the video sharing platform Rumble his seal of approval after one of his recent interviews was censored by the tech giant YouTube.

Paul said that the now-censored interview featured him and a journalist discussing several topics, including the science behind masks. Paul added that his comments in the interview “were based on scientific evidence.”

But after he uploaded the video, YouTube took it down for “including claims that masks are ineffective in preventing the contraction or transmission of the virus, in accordance with our COVID-19 medical misinformation policies.”

Paul blasted YouTube for censoring his video and urged viewers to watch his videos on the free speech friendly platform Rumble.

“Apparently, because I dare to contradict Dr. Fauci and the government, YouTube has removed my video,” Paul said. “If you want to see the video, it’s up on Rumble.com . Rumble.com does not censor the news.”

Paul added: “YouTube may be a private entity but they’re acting like an arm of the government, censoring those who present an alternative view to the science deniers in Washington, people like Dr. Fauci, who have lied to the American people time and time again about masks.”

Paul also warned that “censorship by YouTube is very dangerous” because “it stifles debate and promotes groupthink where the ‘truth’ is defined by people with a political agenda.”

Paul is the latest of many US citizens to be censored by YouTube for questioning or pushing back against government advice and mandates on masks.

This isn’t the first time Paul has been censored by the tech giant with one of his previous February 2020 YouTube videos being removed for mentioning the name of Eric Ciaramella – the whistleblower behind President Trump’s impeachment.

YouTube’s growing censorship of debate around masks and many other topics has resulted in competitors such as Rumble attracting growing support from creators who want to speak freely. Some of the high profile figures to join the platform in recent months include President Donald Trump, Senator Ron Johnson, and TV host and podcaster Dr. Drew.

As Rumble continues to gain momentum, it has expanded the platform by adding new live chat and live stream archiving features and partnering with subscriptions platform Locals so that Rumble creators can easily set up paid communities.