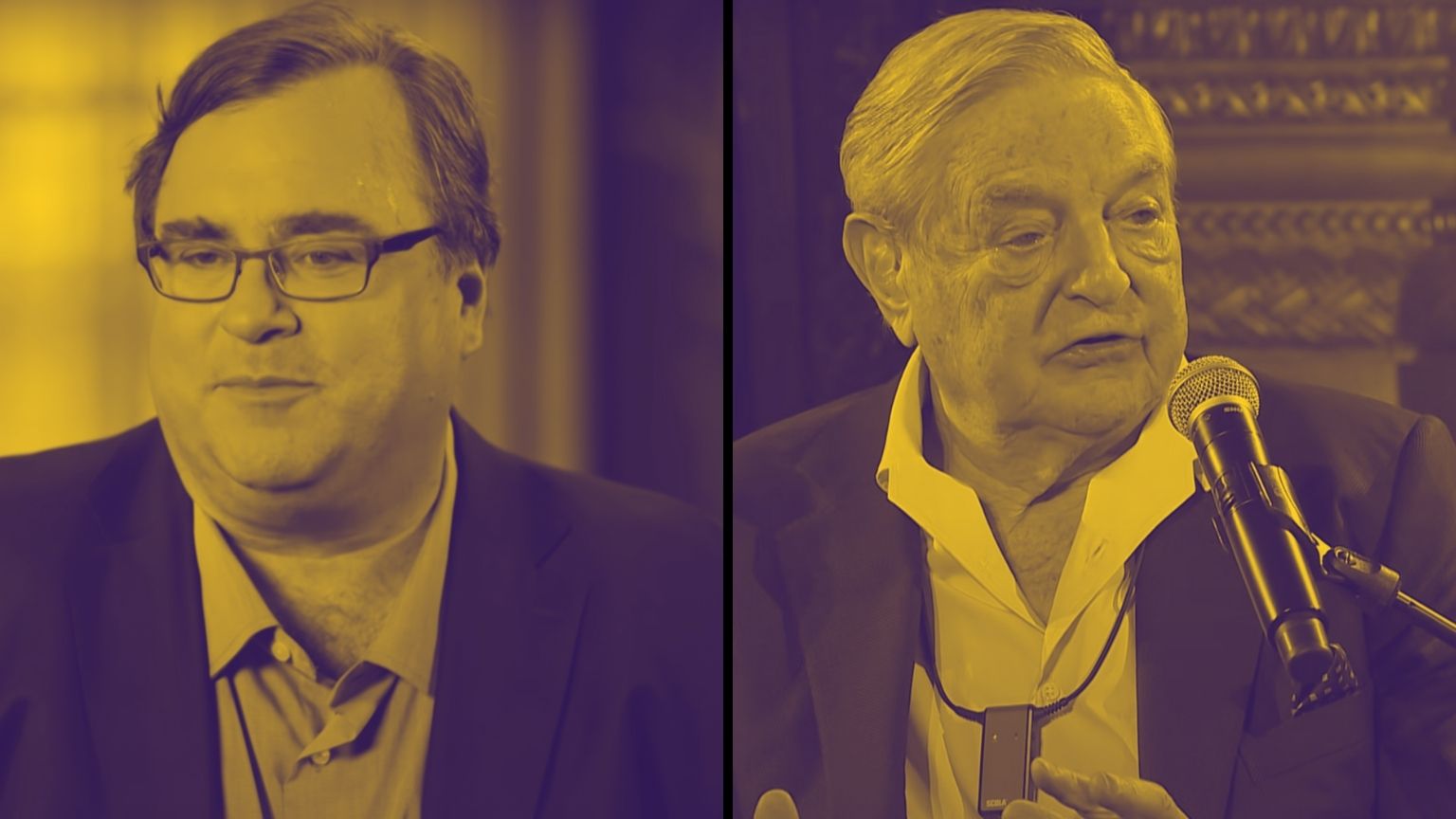 A group of billionaires, led by LinkedIn founder with ties to Democrats Reid Hoffman and George Soros, are banding together to bankroll a new media corporation whose goal they say is to fight what is described in dramatic language as “the disinformation crisis.”

They are joined by Ken and Jen Duda and Incite Ventures in providing millions in seed investment funding to Good Information Inc., which is registered as a public benefit (for profit) corporation.

And its head is Tara McGowan, who also has strong ties to Democrats, having worked for the party as a strategist. She was also behind a $100 million internet campaign, ACRONYM, set up to help Joe Biden win the 2020 US presidential election.

The new group will give money to media outlets and “solutions” that they identify contribute towards the goal of combating misinformation, McGowan said while announcing the Good Information Inc. investor line-up.

McGowan also made the claim that – although the political leanings of herself and those funding the corporation are quite obviously liberal and pro-Democrat – media companies “across the political spectrum” can also expect to benefit from Good Information investments.

Then she clarified what that means – sites like the Bulwark that are said to be center-right but came into existence with the purpose of opposing President Trump and what’s referred to as “Trumpism.”

Good Information Inc.’s first acquisitions are already known: Courier, and FWIW, a newsletter. Courier is a network created and previously owned by ACRONYM, that passes itself off as a news group, but that observers say behaved like a political one when it spent more than $1.4 million on political ads on Facebook ahead of the 2020 elections.

These ads were aimed at boosting the chances of several Democratic congressmen whose reelection was uncertain, as well as to promote anti-Trump stories on Facebook, reports said last summer.

“But because Courier is organized as a media outlet, it does not have to disclose its donors or the total money it spends promoting Democratic politicians,” Politico wrote at the time.

This point doesn’t seem to have been addressed by McGowan as she was announcing the new corporation and its acquisition of Courier, though she touched on a Federal Election Commission (FEC) complaint that went nowhere concerning the lack of transparency about “Courier’s backing,” to say, “If I could do things differently, I would have been more transparent.”

And yet – “Good Information Inc. will acquire Courier Newsroom from ACRONYM for an undisclosed sum as part of the deal,” Axios now writes.