On Monday, the US District Court for the Northern District of Georgia had a hearing for a filing by an election vote challenger.

This was one of the legal challenges to the election outcome launched independently by lawyer Sidney Powell, amid President Trump’s battle to prove that irregularities happened during and after the November vote.

And the court in Georgia that considered the lawsuit decided to livestream the audio from the hearing on YouTube, announcing it on its website along with a link. 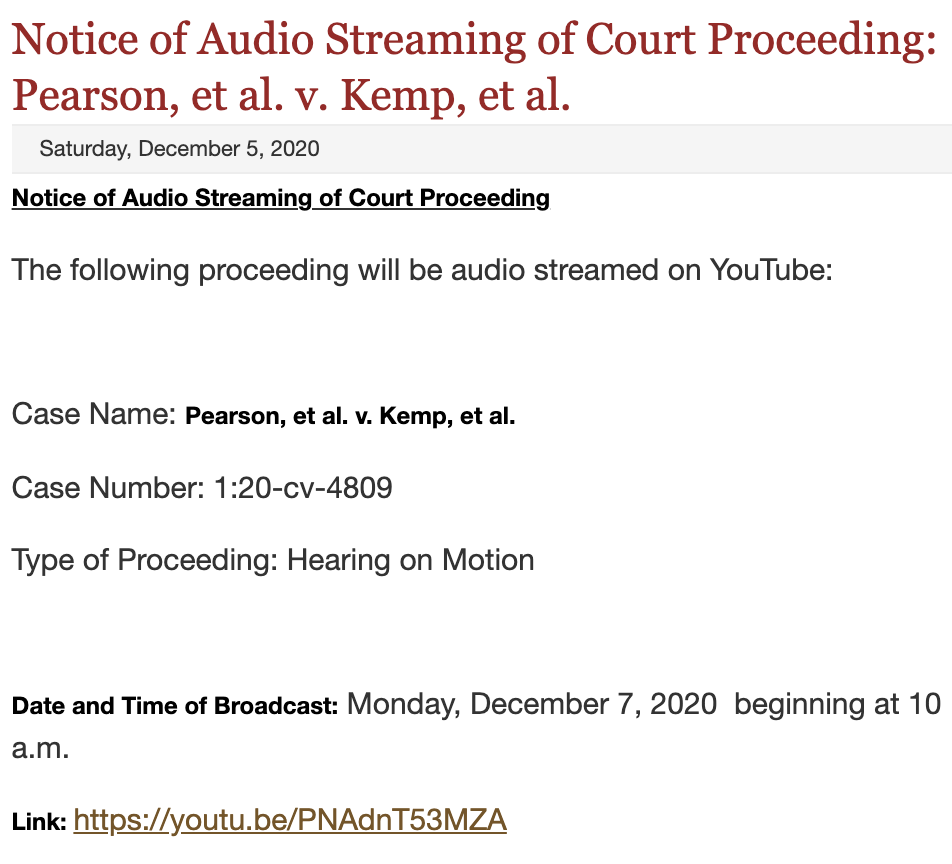 However, the notice contained one curious provision: once the proceedings were over, YouTube users would not be able to play the audio back. The court’s channel also cautions them that recording, broadcasting, posting or reproducing all of the material or any part of it is prohibited.

Audio recordings will not be available for playback on YouTube after proceedings have ended. Audio, in full or in part, from any proceeding may not be recorded, broadcast, posted or reproduced in any form.

The Judicial Conference of the United States, the national policy-making body for the federal courts, has authorized this pilot program. The pilot will be administered by the Judicial Conference’s Court Administration and Case Management Committee and the Administrative Office of the U.S. Courts and will be used to study the feasibility of livestreaming audio of district court civil proceedings.

The project to stream audio from the courtroom under certain conditions, i.e., consent from all parties, is said to be a pilot with several US courts, including the District Court for the Northern District of Georgia participating, and reports speculate this is done to increase availability and transparency of the system to citizens during the pandemic and lockdowns.

But the restrictions put on what can be done with this content once it has already been streamed publicly are baffling observers. Nevertheless, these rules seem to be implemented, with a Reuters reporter using a portion of the recording being told to remove it from Twitter.

Instead of transparency, the court seems to be providing transiency, since the video itself has now been made “private” on YouTube, just in case someone thought of sharing this information with those who didn’t catch the livestream.

Now the issue of the legal grounds based on which the court has decided to allow and then restrict public access to these legal proceedings is being discussed, with some critics saying that the demand to remove the recordings might be infringing on the First Amendment free speech rights in the US. 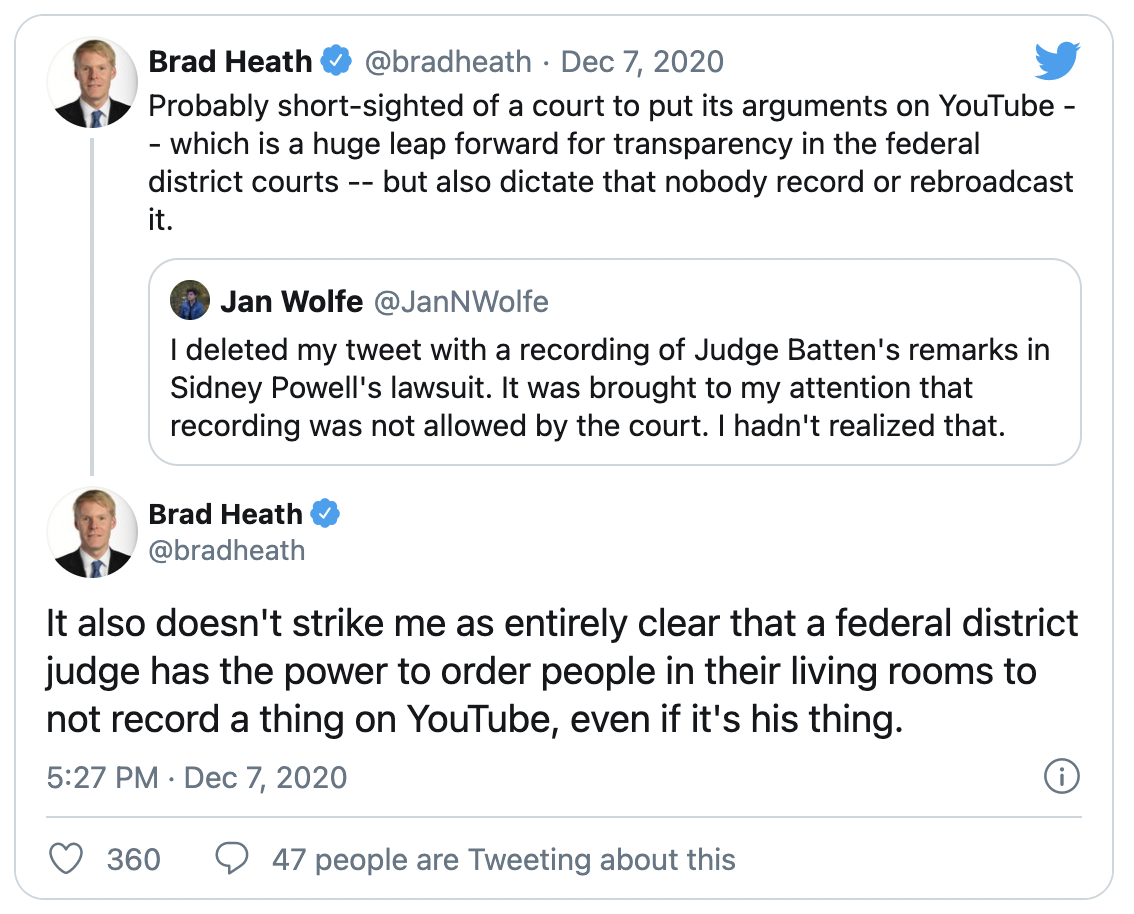 If that’s true, the courts could not have chosen a better platform than YouTube, but also other centralized social media to “work with” in enforcing the rule.