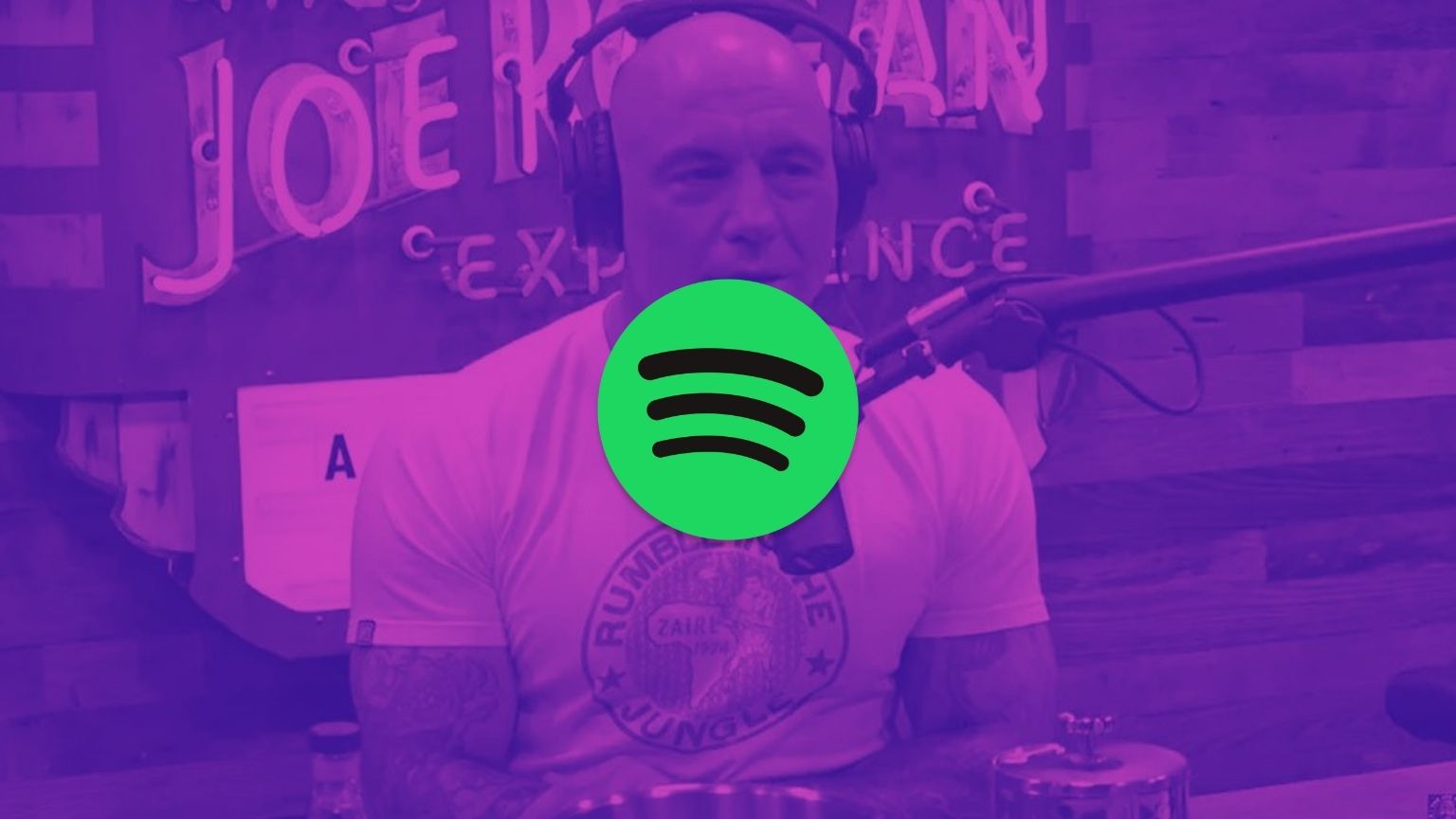 Spotify couldn’t afford to collapse under pressure and remove from its portfolio Joe Rogan, its biggest star, but it has in the past been quietly deleting a number of his podcast episodes to appease the ruling online censorship sensibilities, that have formed in the US and beyond over the past several years.

Now, in the wake of the unsuccessful bid by artist Neil Young to get rid of Rogan and his $100 million podcast from Spotify, for covering and conversations around the pandemic in a way Young didn’t like, the streaming platform is looking for ways other than directly undermining its own business to stay on the good side of the censorship monster.

For now, the demands Spotify will be meeting while still trying to appear as a good home for creators and not yet another cesspool of censorship masquerading as a major platform, is by adopting a series of measures eerily reminiscent of how Big Tech first introduced the slippery slope of its by now massive and unprecedented campaign of online censorship.

In a blog post on Monday, co-founder and CEO of Spotify Daniel Ek writes that his company will not take the role of content censor, and that this is a point important to him personally; yet, Ek goes on to describe how censorship by any other name will start to be given prominence.

Ek says that while Spotify has had “rules” in place for years, now the time has come to enforce them in a “more transparent manner” – and these have now been published as Platform Rules.

As has become customary, “widely-accepted” information is equated with factually correct, and now Spotify will add an advisory to every podcast episode about Covid – which will seek to take the listeners’ attention from what they came to Spotify for – to listen to that episode – and to something called “Covid-19 Hub.”

This is where Spotify will provide what YouTube and Twitter have used for years: “authoritative and data-driven facts” (even though “facts,” the fullness of time reveals, often turn into theories, even if they come from “trustworthy scientists and academics and physicians”).

Spotify users won’t have to wait for long for this new feature, as it is coming worldwide in the coming days. Creators, meanwhile, will have a new item to read in the Platform Rules – what they should not post about Covid, and how their content makes them “accountable.”

Ek basically recalls that Spotify has always been on the mainstream side of the multiyear controversy that is Covid, and the response to it, and adds that the company has donated to vaccine awareness groups, the WHO, and COVAX.

Many who were hoping this was a major “now or never” moment to remove Rogan from a big platform and cut off his access to his audience are now disappointed that Spotify is doing “too little too late” and “not enough” with this set of new tools – but depending on the kind of pressure the company continues to find itself under, we could easily see these “baby steps” into yet another full-blown censorship campaign. Creators, in particular, should watch these developments closely.

In the meanwhile, others look at the big political picture and the reason why Rogan elicits such strong reactions. For one thing, he continues to be an independent creator who is taking on, and beating the ratings that previously only large, corporate broadcasters and figures could count on. Therefore, depending on where you sit, he is either a hope for the future of the media, or a massive threat.

Observes like Glenn Greenwald see the obsessive need of US liberals do deal with those disagreeing with their talking points in a radically illiberal manner: by vilifying them as proliferating lies, i.e., “misinformation and fake news,” as well as “hate speech” – and then simply have the example of these ideological and political opponents removed from pretty much everybody’s view with demonetizing and bans.

Greenwald sees the accusation of hate speech (and even the outright lie that the US Constitution’s First Amendment doesn’t protect that type of speech, too) as having given way to an even more “elastic” term – “misinformation.” A lot more can be controlled and censored under that claim.

Hw writes that if a current major star follows suit and calls for Rogan’s removal, “it is not difficult to imagine a snowball effect.”

“The goal of liberals with this tactic is to take any disobedient platform and either force it into line or punish it by drenching it with such negative attacks that nobody who craves acceptance in the parlors of Decent Liberal Society will risk being associated with it,” he writes.