A UK pressure group operating on social media and unironically called Stop Funding Hate has set its sights on a new target: a broadcaster that has not yet launched.

The group, that critics say is ideologically far-left, focuses on “defunding” those media outlets it disagrees with by driving advertisers away, in this way stripping these outlets of their revenue in an attempt to damage them.

Critics say the ultimate goal is to influence what content newspapers and others dare publish for fear of losing advertising money, which in effect means the campaign that says it’s there to remove “hatred, toxicity and divisions” from the media is in reality canceling freedom of the press. 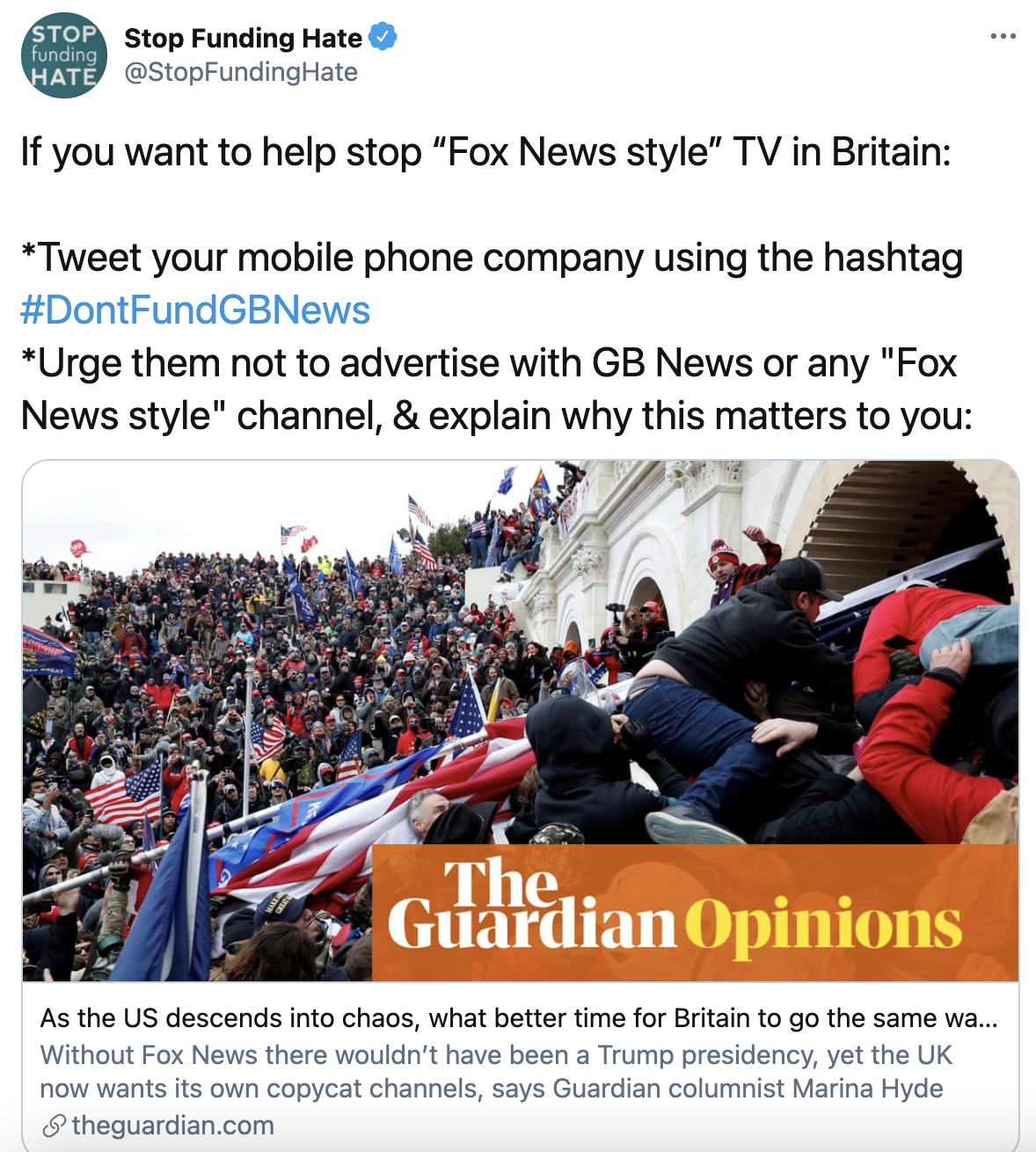 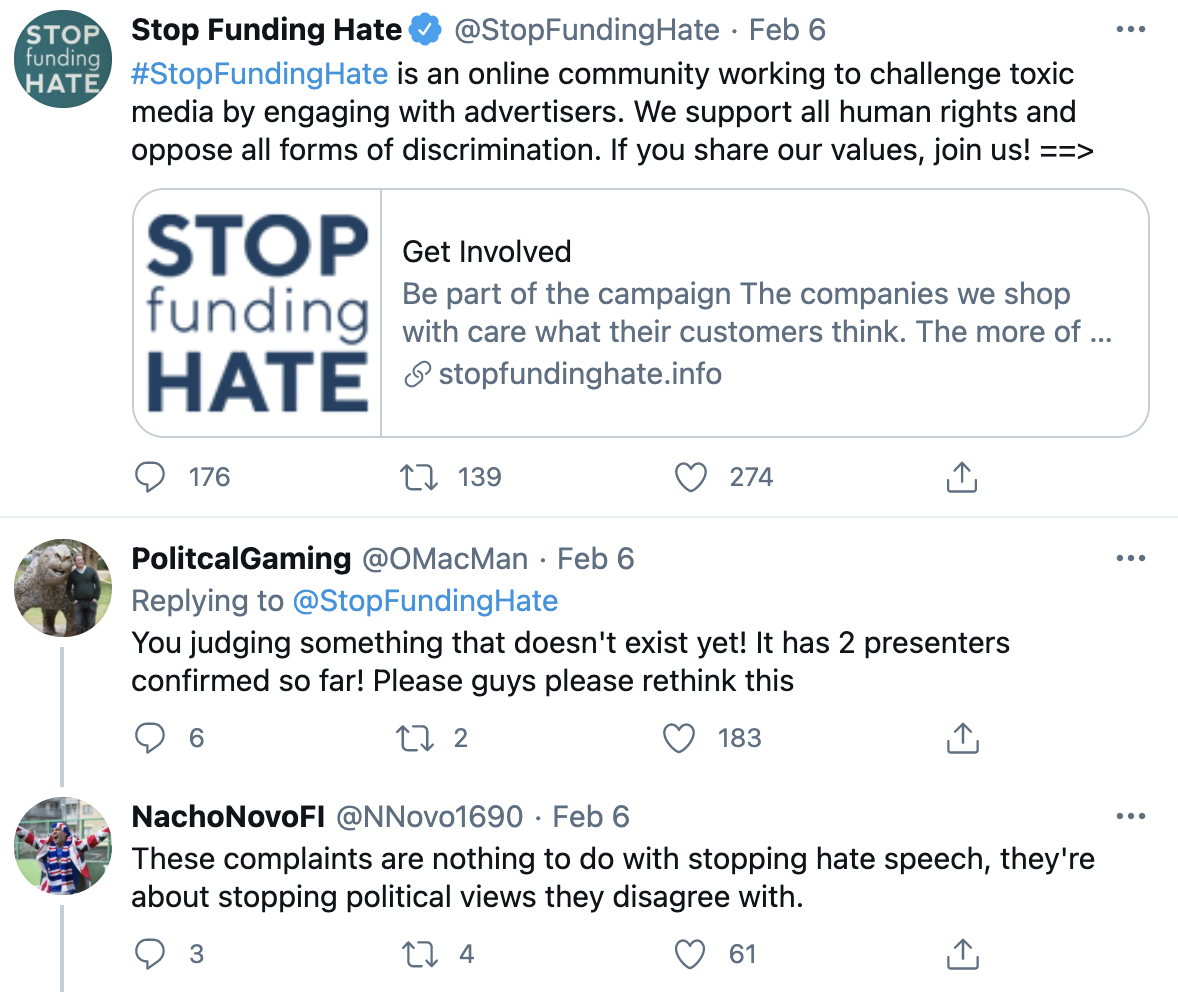 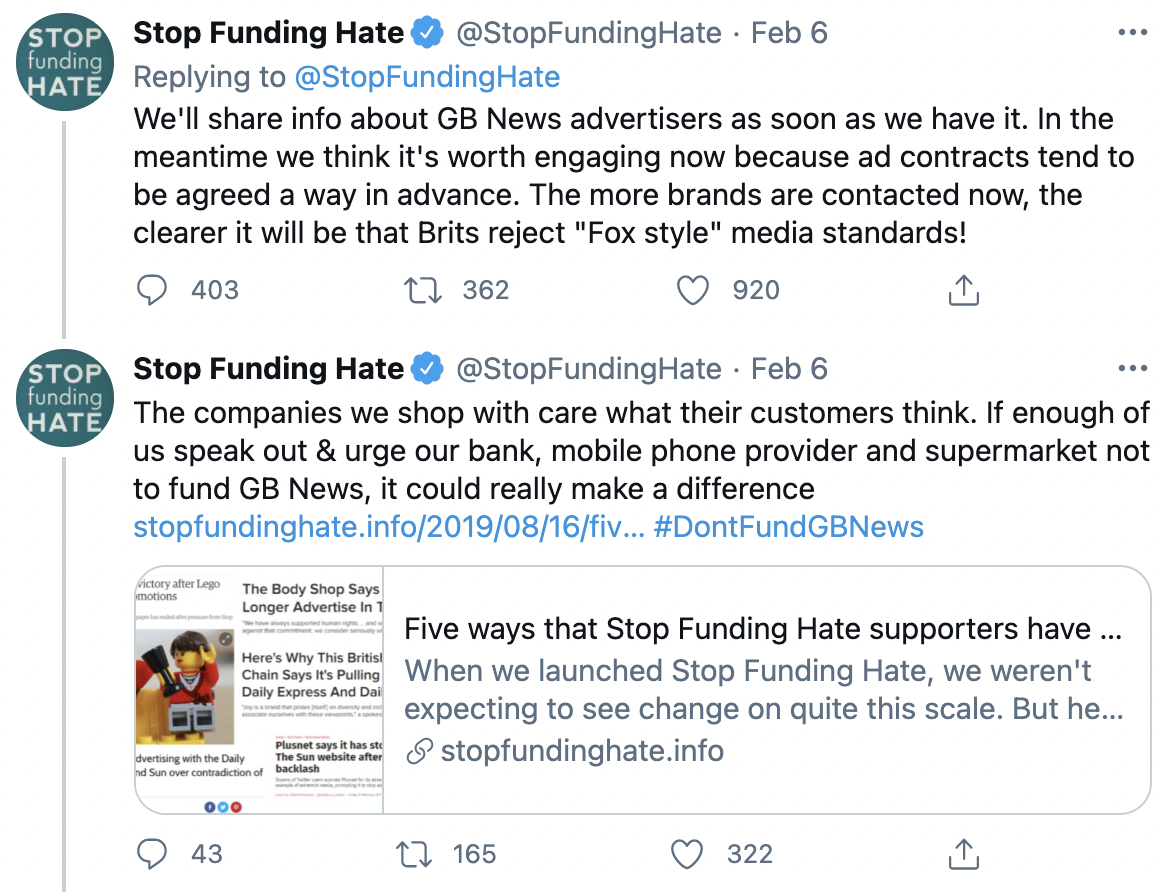 Now the group is out to financially harm a broadcaster, GB News – that is yet to even start broadcasting. And it’s a full-on online campaign, with the hashtag #DontFundGBNews, as “Stop Funding Hate” is urging its followers to pressure their mobile carriers, supermarkets, and banks by asking them not to advertise with the nascent TV channel.

The group also promises to “name and shame” those advertisers who decide to work with GB News, by announcing who they are “as soon as we have it.”

“Stop Funding Hate” openly shared its attack plans on Twitter, and linked to an op-ed published on the Guardian website, written in a strongly incendiary and partisan tone. But at least it sheds some light on why it’s important to them and those like-minded to nip GB News in the bud. It’s because it has been branded as being “Fox News style.”

Like it or hate it, Fox News is a legitimate and legal news broadcaster in the US, so the only logical reason to try to stop broadcasters whose political slant is similar would be to stifle free speech and prevent debate, allowing only one point of view to be heard and discussed in the media. In other words, censorship.

The Guardian article spells it out: “There would never have been a Trump presidency without Fox News.” This kind of logic is now apparently being used as the argument used to suppress any media that is labeled as “Fox-like.”

In Orwellian, “war is peace” style, the article turns reality on its head: calls for suppressing different opinions are presented as “impartiality” that must be defended.

“In the coming months, not one but two anti-impartiality news channels will launch in the UK,” says the Guardian, naming them as GB News, and News UK.