A bipartisan effort is underway in US Congress to pass the EARN IT Act – that if successful would jeopardize free speech and data security on the internet, digital rights activists say.

The bill was introduced by Republican Lindsey Graham and Democrat Richard Blumenthal as a set of rules to combat child exploitation online but added that in reality, the proposed legislation “offers no meaningful solutions” to that problem.

What it would do instead is provide a legal framework to undermine end-to-end encryption, the San Francisco-based rights group EFF said, and described the bill as essentially a thinly-veiled attempt to achieve that goal hiding behind a concern as serious as children’s safety online.

Yet despite the rhetoric, the EARN IT Act will not be useful to organizations helping victims, nor to law enforcement officers who deal with such crimes – the act would not only undermine Section 230 of the Communications Decency Act (CDA), but also the US Constitution’s First Amendment. Both of these are designed to, in their own way, protect free speech.

Since being found in violation of the act would put online platforms in legal trouble, the logical premise is that they would restrict speech to protect themselves.

Fatally compromising their own security implemented as end-to-end encryption in messaging services is one way in which platforms would be forced to comply with the act.

For all these reasons, the EFF calls on Congress to vote against the Graham-Blumenthal bill and refuse to accept that the way to ensure children’s safety online might be by putting at risk internet security, privacy, and free speech in general.

The EARN IT act has some other high profile critics. Whistleblower Edward Snowden chose to look at the big picture as he tweeted that the proposed bill is “only the latest attack in the government’s very long war on encryption.”

Remember, the EARN IT act is only the latest attack in the government's very long war on encryption. Switzerland's most sensitive communications-security company was secretly run by the CIA. There is nothing these people won't do to stamp out the idea of a private conversation. https://t.co/v4MOAhqQjP

Snowden in this context recalled a recent article in the Washington Post about Crypto AG, a Swiss company compromised by US and German spy services that went on to for many decades “sabotage the communications of allies and adversaries alike.”

If you’re tired of the destruction of civil liberties subscribe to Reclaim The Net. Freedom House, a US government-funded non-profit, recently published a report titled 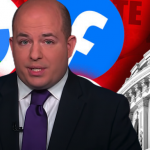 If you’re tired of the destruction of civil liberties subscribe to Reclaim The Net. Freedom House, a US government-funded non-profit, recently published a report titled

Google Stadia Creative Director: Streamers should buy a license from developers and publishers to stream games

Streamers have been the driving force behind the success of several indie games. Under this proposal, they’d have to hand over a cut of their revenue to developers to stream games.

Facebook’s “Oversight Board,” the ultimate ruler on what conversations get censored, is ready