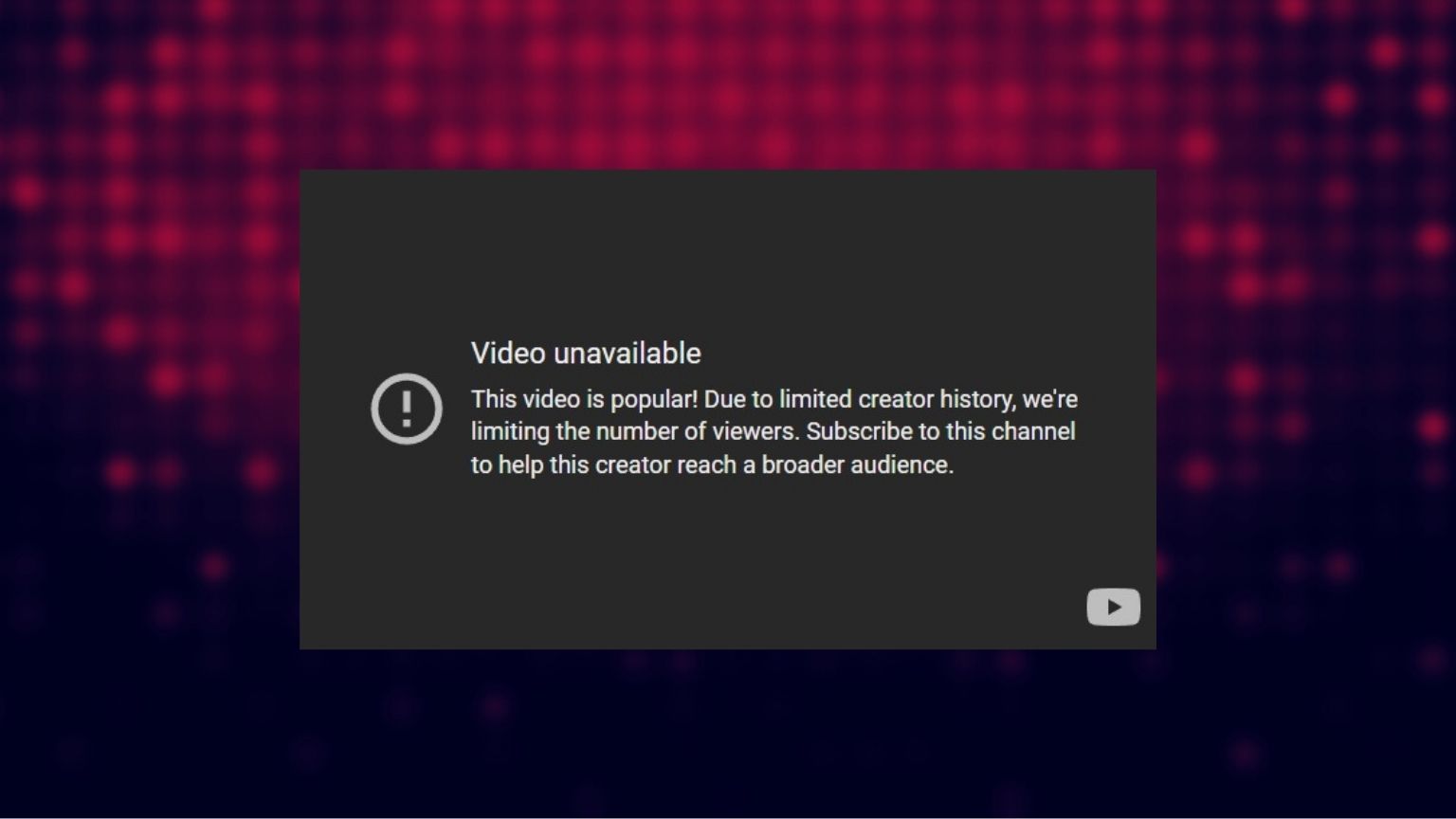 YouTube has a brand new censorship tactic that appears to be affecting small creators – and one that, on the face of it, makes no sense.

Several livestreams posted on Google’s platform last weekend by truckers protesting in Canada have had their audience limited. The reason given to viewers trying to access the videos? They were too popular. 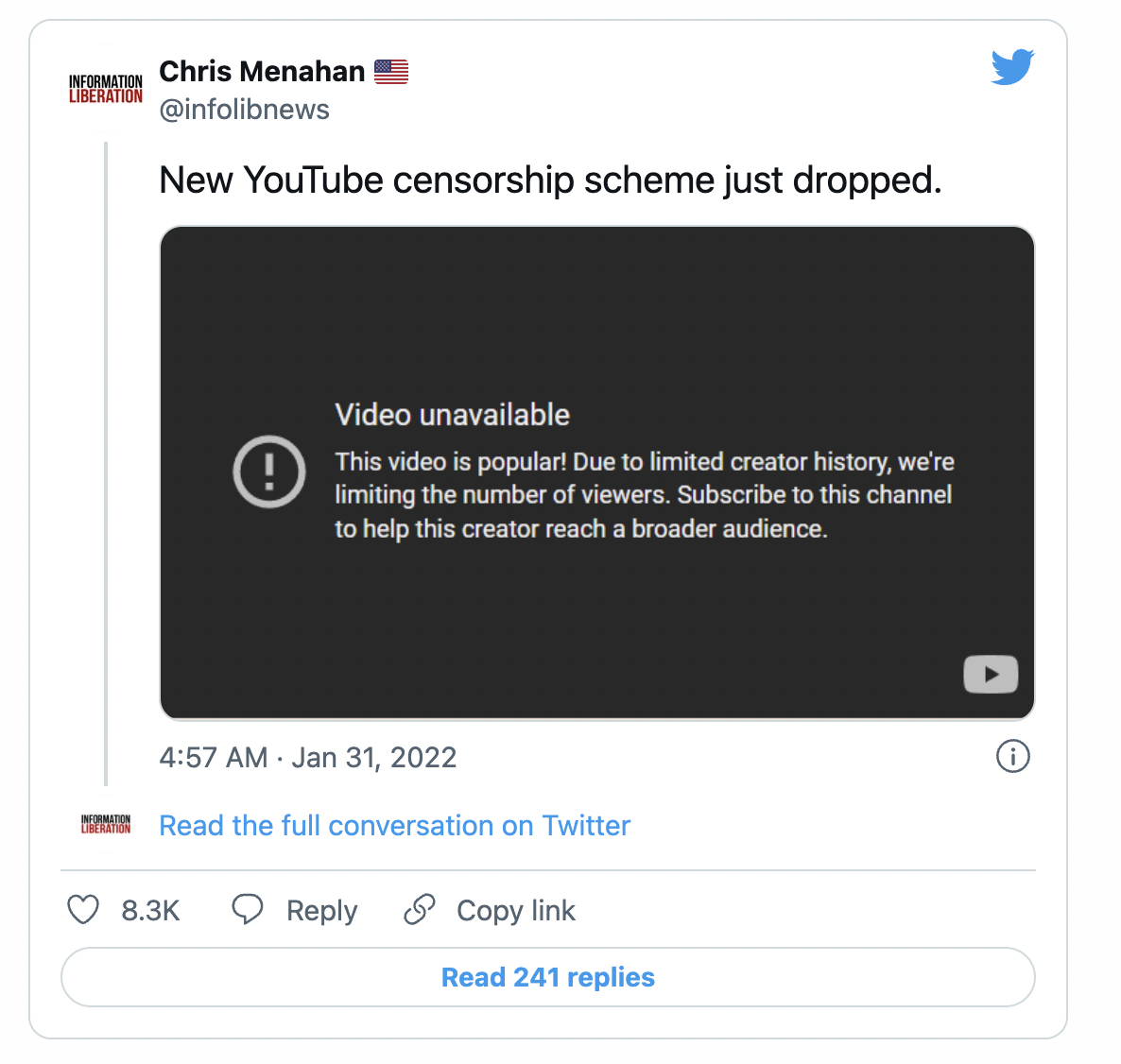 “Video unavailable: This video is popular! Due to limited creator history, we’re limiting the number of viewers,” YouTube’s message reads, and then advises visitors to subscribe to the channel “to help this creator reach a broader audience.”

No word, though, on whether that would make the videos available to that broader audience, or if YouTube would come up with yet more “censorship gymnastics” while trying to suppress content it might not approve of.

Some incredulous Twitter users reacted by saying they were waiting for confirmation that the message was “a thing and not a meme.”

However, it definitely is a thing – and it’s not hard to see how YouTube would disapprove of the particular streams from the Ottawa protests, since they were organized by truckers opposed to Covid vaccine mandates. Reports mention that the giant platform limited viewership of at least two creators both livestreaming from the “Trucker Freedom Convoy” events.

Reports also note that visitors can see the videos if they’re logged out of their YouTube accounts, and interpret this as a way to at once limit the reach of a video and be able to track viewers.

Over on Reddit’s NewTubers subreddit that gathers small content creators, more similar stories are popping up, with one user sharing that their livestream quickly hit 300 views only to be informed by one of the people in the video’s chat that they started getting the “too popular” error. 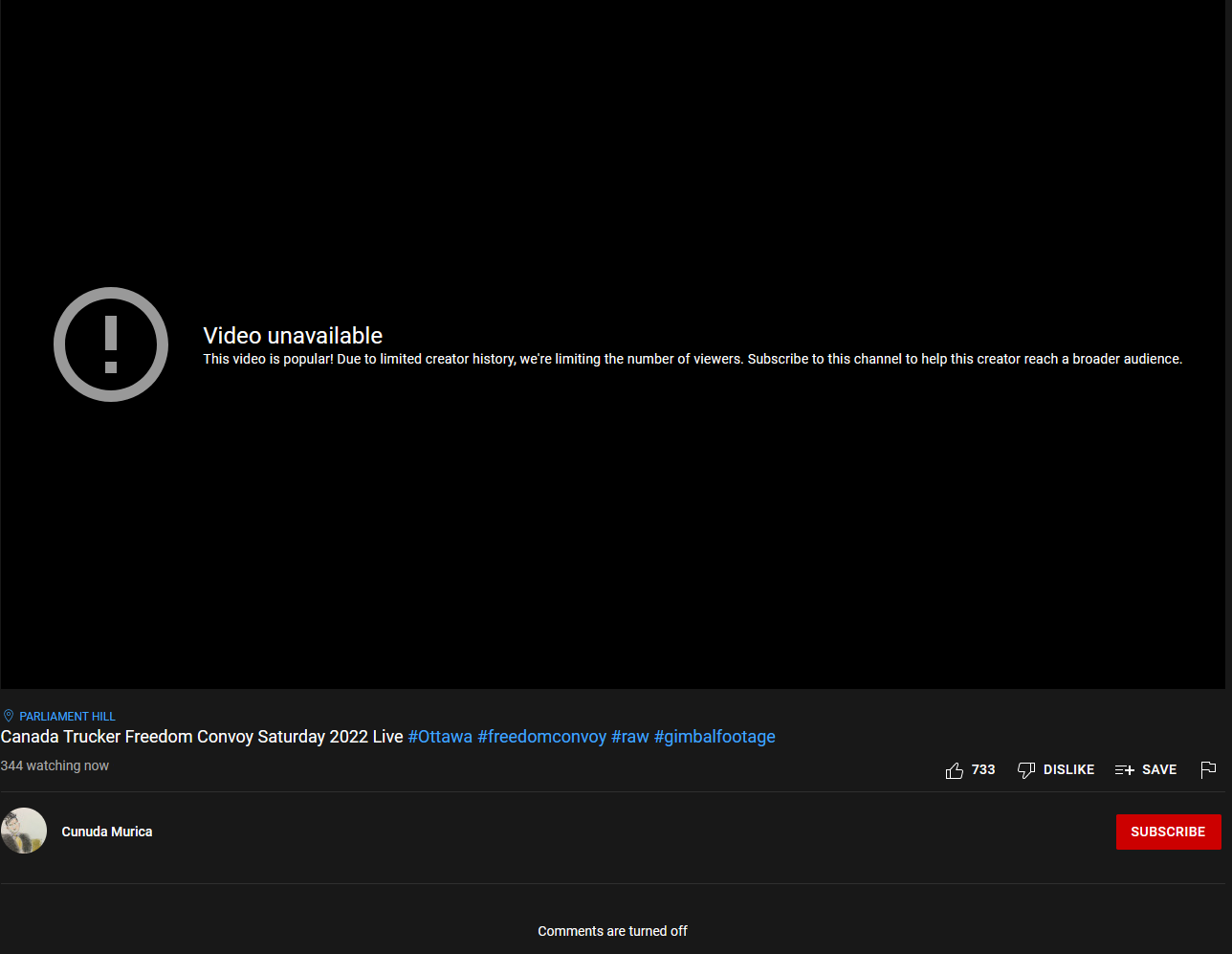 This creator explained that they have had the channel for seven years, with 90 videos and several streams, and could not understand why YouTube was limiting them, noting in the comments that the content was “nothing unusual” or “controversial.”

But this seems to be coming straight from YouTube’s playbook: censorship, lack of feedback and communication, and disregard of smaller and independent creators.

Users and creators reacting to all this saw it as yet more proof of YouTube’s declared policy of “helping smaller creators” being disingenuous, and a front for censorship.