Zoom soars, despite privacy concerns and direct ties to China

You’d have to have been living under a rock to not have heard of Zoom (although if you really are that isolated from society, you’re quarantining right). Zoom has been making headlines lately, thanks to the surge of people working from home. In the age of millions of apps, when one penetrates the news cycle this way, you know they made it big.

Zoom’s meteoric rise didn’t start with COVID-19 though, not by a long shot. The video conferencing service has been on the rise since 2017, and nobody really knows why. From 2013 to 2017, the number of business customers using the service exploded from 4,500 to 700,000. 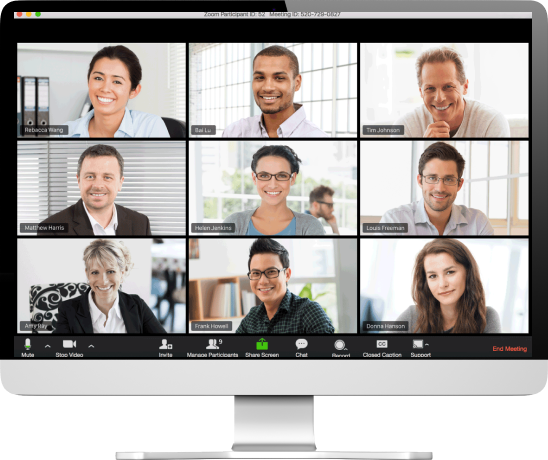 When people think of business communication tools, the first names that come to mind are Google and Microsoft, with their massive suites of tools that cover pretty much every scenario, and of course Slack. Zoom came seemingly out of nowhere, focusing entirely and almost exclusively on video conferencing, and has overtaken the giants in the zeitgeist.

When people are asked why they prefer Zoom, they can’t really tell you. “It just works” is what you normally hear. This level of customer satisfaction is rarely matched, except perhaps by Apple, whose products are also known for “just working” without any hassle – at least historically.

According to Zoom’s CPO Odel Gal, 150 milliseconds is the magic number. The maximum latency you can have before a conversation starts to feel unnatural.

If you’ve ever used a video conferencing service, you’re probably familiar with the ritual at the beginning of every call wherein both parties engage in “Can you hear me?” and “How about now?” back and forth, usually accompanied by some sort of tweaking of hardware or software.

Not with Zoom though. You initiate the call and everything just works. This “magic” is likely a major contributor to their success, that Forbes, Business Insider and others are now obsessively analyzing.

Zoom’s CIO Harry Moseley says that this latency optimization is not done by optimizing for the worst device on the worst connection, but rather by analyzing each device, each OS and each connection individually and optimizing the connection for that specific scenario.

If your privacy antenna just went off, you’re not alone. The UK’s Ministry of Defense has banned the use of the video conferencing app while they investigate its “security implications”.

@BorisJohnson is using @zoom_us for remote meetings at this difficult time cannot believe a single person in the cabinet is not using a funky virtual background, what an opportunity missed 😄 need Teams or Zoom system call us @CabinetOffice @UKgovcomms @Number10press #avtweeps pic.twitter.com/yOBKel6J06

To make matters worse, it was revealed by CNBC this time last year that one of Zoom’s key profit drivers is that their engineers and R&D are based in China, where labor is much more affordable than other places.

This shouldn’t come as a massive surprise since its CEO Eric Yuan is a Chinese-born American. And right now, between the trade war and Chinese censorship of COVID-19 coverage, it’s not a good look in terms of privacy to have any ties to China – let alone be based there.

This privacy concern isn’t without good reason either. There’s been stories of hackers accessing private calls uninvited and users being forced into calls without their knowledge. These vulnerabilities were of course patched, but another big issue is all the analytics data that is being collected to ensure the aforementioned low latency of connections.

Among the concerns are recorded calls, transcriptions and even analyzing what’s on the screen beyond the call itself. And while some of these collections are outlined in the privacy policy, not all of them are, and not all participants are shown the policy.

Speaking of their privacy policy, it also states that they collect invasive information that they simply don’t need, like credit card information, employer, job title and even your physical address.

As we all know, in the 21st century, no currency is as resilient, powerful or valuable as data. And Zoom, whether intentionally or not, is benefiting in no small part from the current pandemic crisis by becoming one of the world’s largest data collectors (and safe to assume, providers) seemingly overnight.

Zoom still isn’t satisfied. They want to be “the number one communication company,” as Gal has admitted hesitantly.