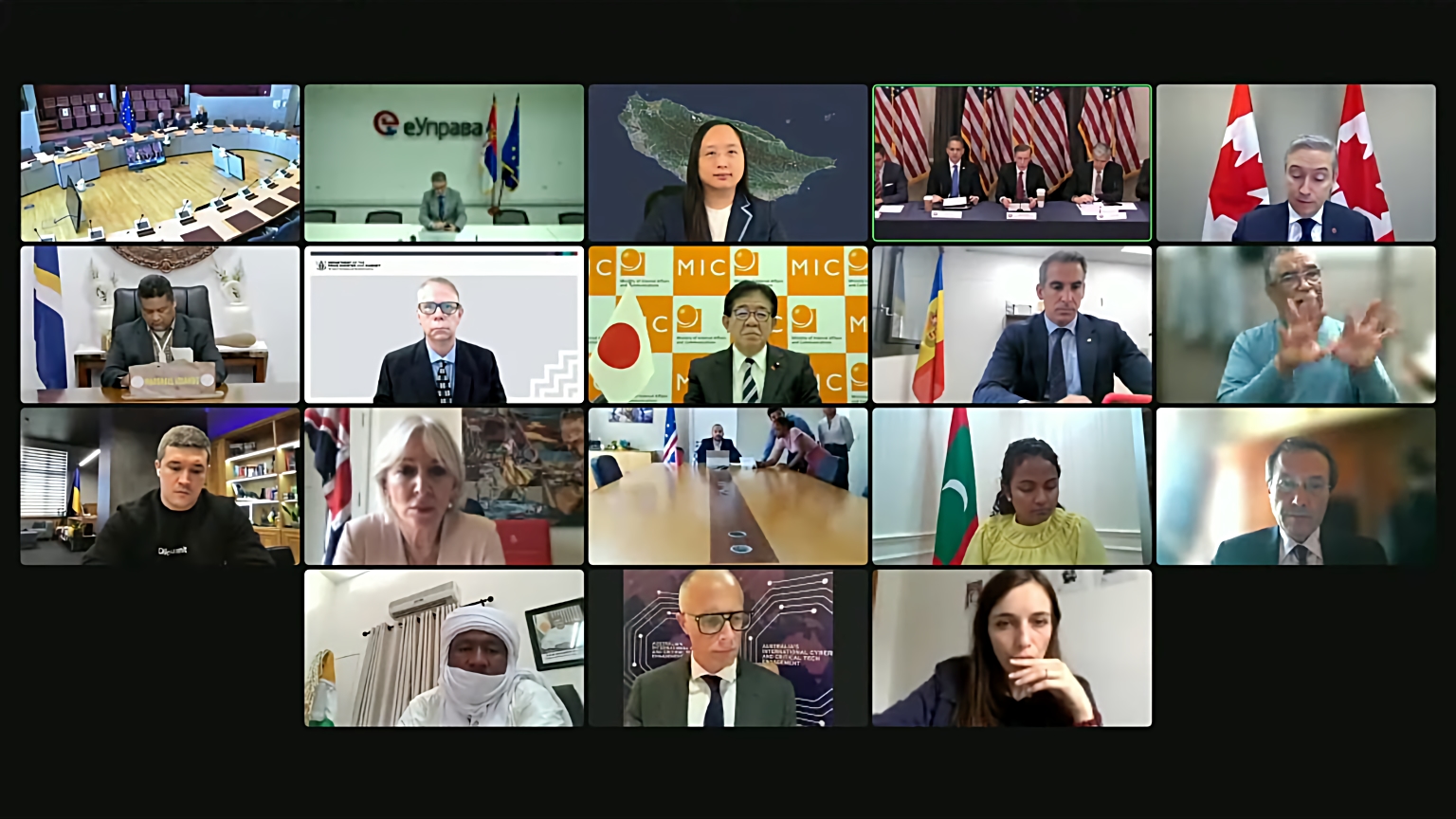 The United States (US) and 60 partner countries, including the United Kingdom (UK), Canada, Australia, and members of the European Union (EU), have signed a sweeping “Declaration for the Future of the Internet” which commits to bolstering “resilience to disinformation and misinformation” and somehow upholding free speech rights while also censoring “harmful” content.

The White House framed the declaration as something that supports freedom and privacy by focusing on its commitments to protect human rights, the free flow of information, and privacy. The EU put out similar talking points and claimed that those who signed the declaration support a future internet that&rsquor;s open, free, global, interoperable, reliable, and secure.

However, the commitments in the declaration are vague and often conflicting. For example, the declaration makes multiple commitments to upholding freedom of expression yet also commits to bolstering “resilience to disinformation and misinformation.” It also contains the seemingly contradictory commitment of ensuring “the right to freedom of expression” is protected when governments and platforms censor content that they deem to be harmful.

For example, just a few days ago, the Biden administration called for private companies to censor online “misinformation” – the latest of many similar calls. The EU also recently passed its Digital Services Act (DSA) which contains requirements to censor “hate speech” and “misinformation.”

Some government officials, including Canadian Minister of Innovation, Science, and Industry François-Philippe Champagne and UK Digital, Culture, Media, and Sport (DCMS) Secretary of State Nadine Dorries, even mentioned their country&rsquor;s online censorship laws during the live launch of this Declaration for the Future of the Internet.

“The vision outlined in this declaration aligns very well with the many initiatives we are working on here in Canada, including our Digital Charter,” Champagne said.

Canada&rsquor;s Digital Charter was launched in 2019 and threatens platforms with “meaningful financial consequences” if they fail to fight online “hate” and “disinformation.”

“I am enormously encouraged to see online safety is a key principle of that declaration,” Dorries said. “As the UK’s Digital Secretary, doing more to protect people online is one of my main priorities – and last month, I was proud to introduce a groundbreaking Online Safety Bill to the UK Parliament that will make the internet safer for everyone.”

The UK&rsquor;s Online Safety Bill will give the government sweeping censorship powers, censor some “legal but harmful” content, and criminalize “harmful” and “false” communications.

Like the commitments to freedom of expression, the declaration&rsquor;s commitments to privacy are also being made by governments that engage in or allow mass surveillance.

For example, the EU is allowing the linking of face recognition databases to create a mega surveillance system. The Federal Bureau of Investigation (FBI) recently boosted its social media surveillance technology. And the outgoing London Metropolitan police commissioner recently congratulated herself on extending the surveillance state.

While the current signatories of this declaration are governments, the White House plans to work with “the private sector, international organizations, the technical community, academia and civil society, and other relevant stakeholders worldwide to promote, foster, and achieve” the “shared vision” of this Declaration for the Future of the Internet.

Big Tech companies such as Facebook and Google have already welcomed this declaration.

“It’s great to see countries coming together today to launch the Declaration for the Future of the Internet (DFI),” Google&rsquor;s Vice President, Government Affairs & Public Policy, Karan Bhatia, wrote in a blog post. “We are committed to partnering with governments and civil society through the Declaration to disrupt disinformation campaigns and foreign malign activity, while ensuring people around the world are able to access trustworthy information.”

Google and its video-sharing platform YouTube have used the term misinformation to justify the mass censorship of content. Additionally, Bhatia&rsquor;s commitment to ensuring access to “trustworthy information” echoes YouTube&rsquor;s commitment to boosting “authoritative sources” – a practice that creates a huge disparity between mainstream media outlets and independent creators and results in mainstream media outlets being artificially boosted by as much as 20x.

“This Declaration is an important signal from some of the world’s leading democracies,” Nick Clegg, the President of Global Affairs at Facebook&rsquor;s parent company Meta, tweeted. “The only way to preserve and enhance the best of the open internet, prevent it from fragmenting further and protect human rights in the digital space is by working together.”

While Clegg&rsquor;s statement focuses on the open internet and protecting human rights, Meta also mass censors content on its platforms and plans to continue this censorship in its metaverse.

And despite the declaration&rsquor;s commitment to privacy, both Google and Meta&rsquor;s businesses rely heavily on surveilling users to serve targeted ads.

The declaration isn&rsquor;t legally binding but is intended to be used as a “reference for public policy makers, as well as citizens, businesses, and civil society organizations.” The signatories also intend to translate its principles into “concrete policies and actions; and, work together to promote this vision globally.”

We obtained a copy of the Declaration for the Future of the Internet for you here.