It’s almost inevitable that when an industry depending on fans as customers and the cornerstone of its entire existence gets big enough – it will start behaving as if those fans no longer matter.

But if you’re a giant comic book publisher, like Warner Bros-owned DC Comics, your business is not just the house your fans built – your business will never become independent of them.

And, according to YouTube channel YellowFlash 2 that business may be now starting to suffer.

This simple truth is fully escaping the publisher, YellowFlashGuy suggests.

“Wonder Woman writer blocks half her customers; DC Comics says fans are worthless” – the video’s title sums up its point rather well.

What’s behind the steady decline in the comic book publishing scene in the US is put down to the country’s frenzied political climate ahead of the November presidential ballot, and ever since the 2016 elections.

In this “brave new world” of political correctness doubling down, just as owners of comic book publishers look for ways to cut costs – considering that movies, not comic books, now bring in most of their profit – it isn’t necessarily cream that rises to the top, YellowFlashGuy argues.

He mentions the case of Mariko Tamaki who has now taken over Wonder Woman.

YellowFlashGuy also made an interesting discovery about Tamaki: she is one of those Twitter users who like an extra layer of echo chamber on the platform (as if Twitter doesn’t provide enough of that already).

Namely, the YouTuber found out – while checking out DC Comics show-runner Jim Lee’s cover for Wonder Woman – that he was blocked by Tamaki. And that’s even though he had not engaged with the writer on Twitter, preferring to keep his criticism for his own YouTube channel. 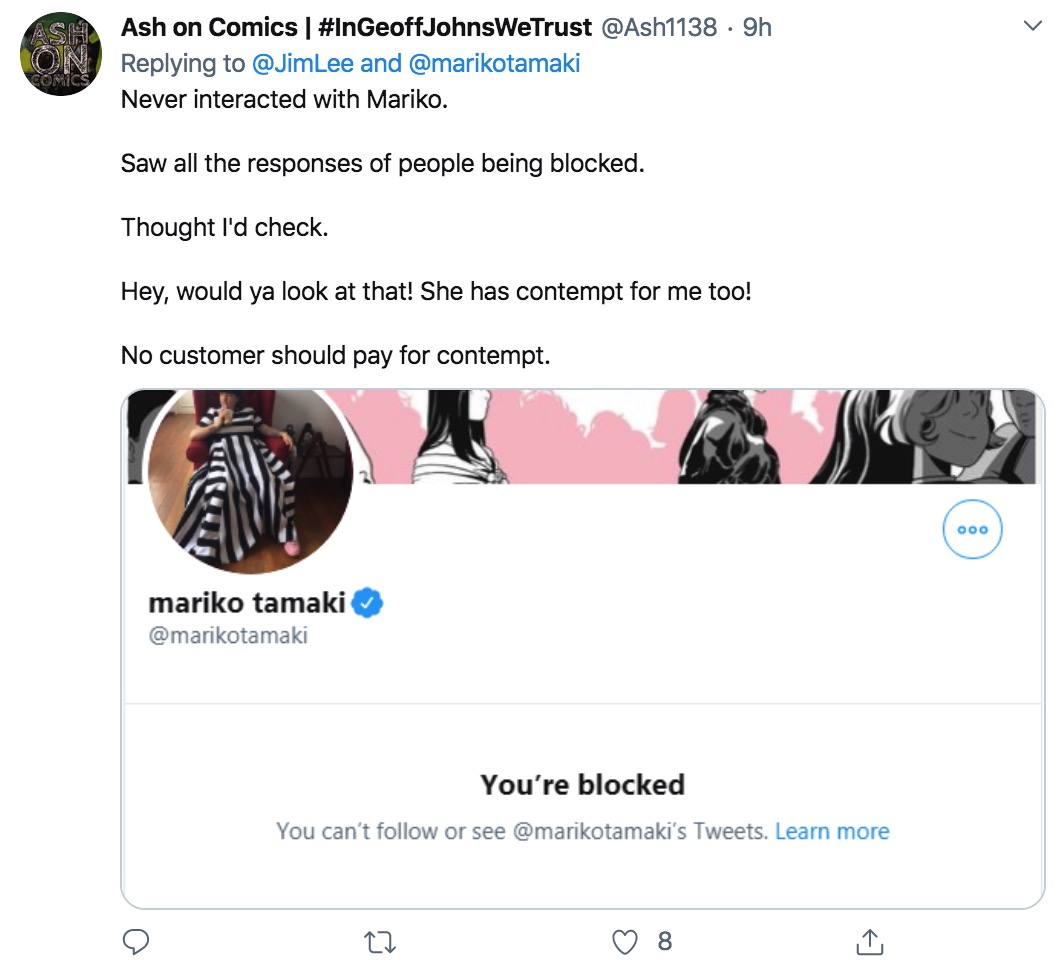 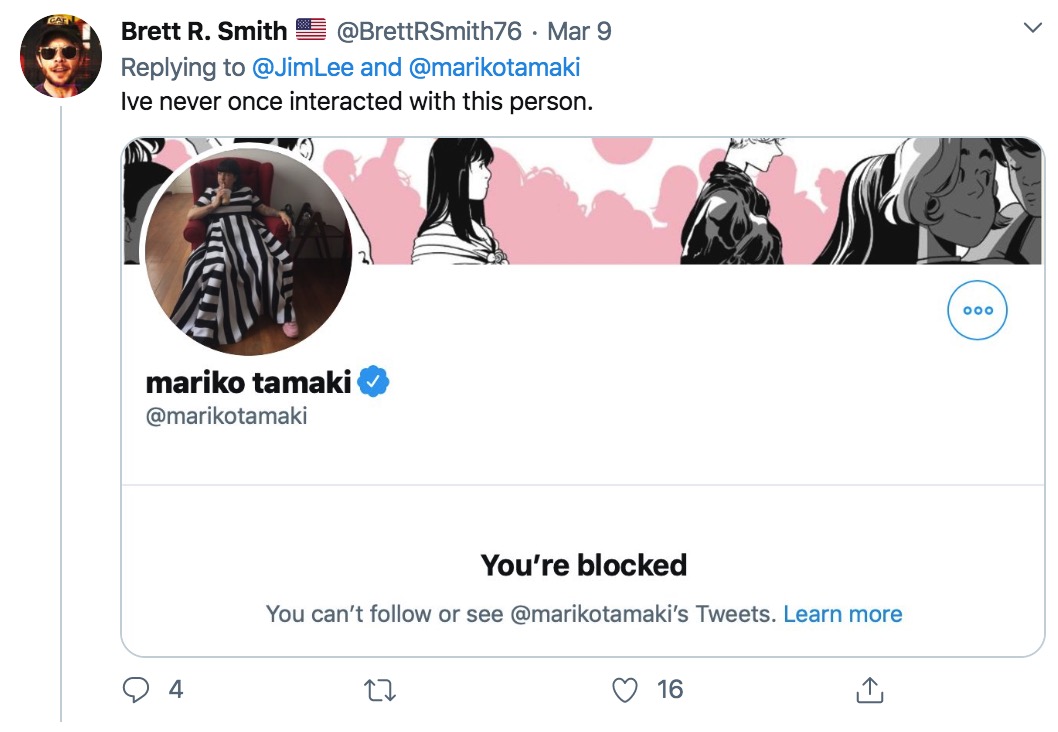 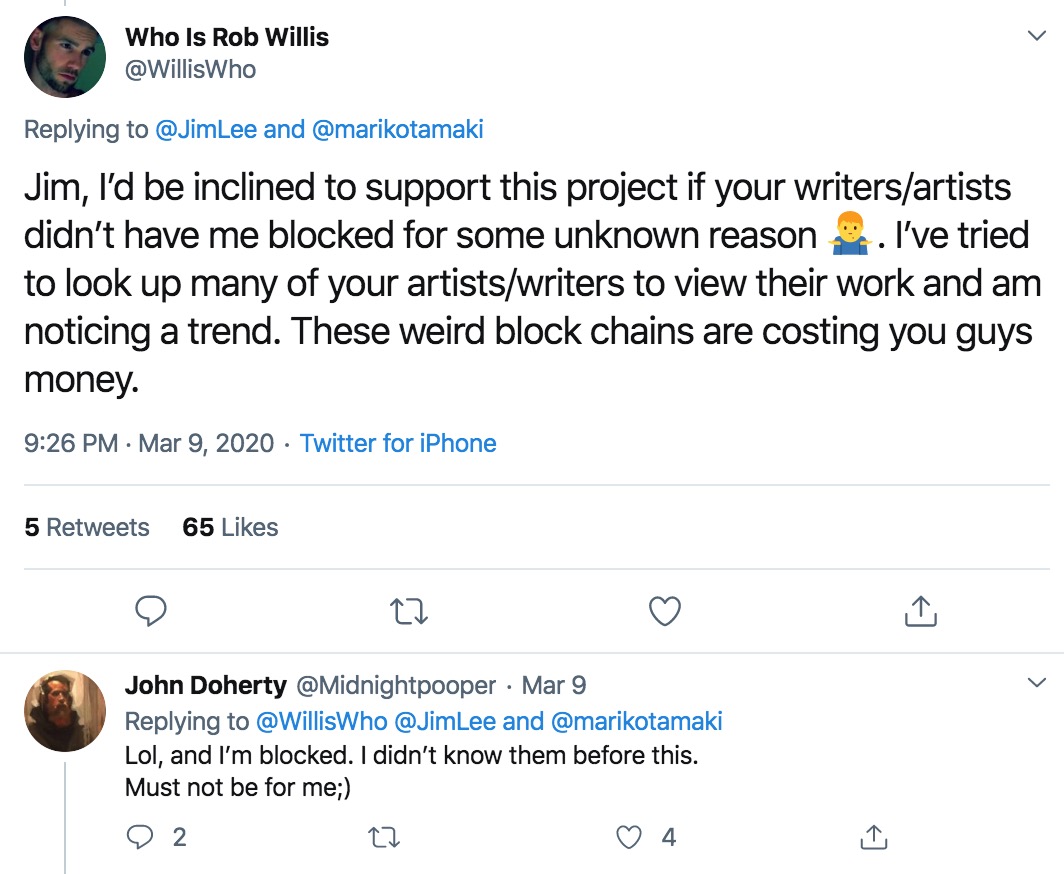 What’s going on here is some Twitter users “running block chains” banning users thanks to their association to others – just to be on the safe side of never encountering a different opinion.

This is what Marvel writer Dan Slott was recently found to be doing.

If no other argument will persuade the industry, maybe they will consider that alienating and belittling fans/customers is simply bad for the bottom line?

YellowFlashGuy is not an optimist.

“This is gonna be a do-or-die year for comic books – and I don’t see an upward trend just pop out of nowhere.”