The official also says police should have access to chats.

Video games need to be subjected to more regulation and they apparently have something to do with the threat of terrorism – otherwise why would this opinion come from the mouth of the EU’s anti-terrorism coordinator, Gilles de Kerchove?

According to Kerchove, who spoke for AFP, terrorists can use video games to spread their ideology and he went as far as to say that real world attacks can be prepared by using games.

Kerchove has been in his job for 13 years now and a lot of terrorism has hit various parts of Europe in the meantime, resulting in hundreds of victims; this suggests that EU’s law enforcement and officials like the Belgian here are probably not doing their job well, considering all the powers and regulation of various relevant sectors of society and different industries they already have at their disposal.

But Kerchove’s mind went elsewhere; to vilify gaming as an actual likely component in a terrorist threat. His argument: some games have appeared in Germany, apparently created by “extreme right groups” and in these games, players are supposed to shoot the likes of German Chancellor Merkel, billionaire George Soros, and Arabs. He also spoke about gaming as possibly an “alternative” way of spreading ideology.

There are other “horrors” that he identifies gaming: “It can be a form of communicating. It’s encrypted. It can also be a way to test attack scenarios,” Kerchove said, without expanding on that last point.

He also mentions games as a way to “launder money” – maybe because every industry out there can potentially be used for the same purpose?

And more than a decade into Facebook and YouTube using algorithms to surface content in their users’ feeds in order to satisfy their business interests in terms of user engagement and ad sales, Kerchove is now discovering this practice and is upset because what he calls borderline and “problematic” (so, not actually illegal?) content also tending to float up in those feeds.

Kerchove added the EU wants “more, not less encryption” in general – but would also like tech companies to provide them with full access to unencrypted messages whenever law enforcement and prosecutors ask.

He argued, “Is it right that we aren’t able to identify who is behind an IP address…?”

Kerchove’s musings on these topics come mere days ahead of the presentation of the EU’s Digital Services Act whose goal, its creators say, is to “rein in Big Tech excesses and internet hate speech.” 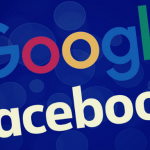 Starting in 2020, Facebook is still confusing the roleplayers for real militias.

Apple sued by pressure group for not banning Telegram

The lawsuit isn’t expected to go anywhere but it does highlight an increasing trend of campaigns for censorship.

In Canada, Twitter doesn’t have the defense of the First Amendment or Section 230, meaning it can legally be held liable for users’ posts.