The engineer also revealed how staff were reacting to the Elon Musk acquisition prospect.
Share 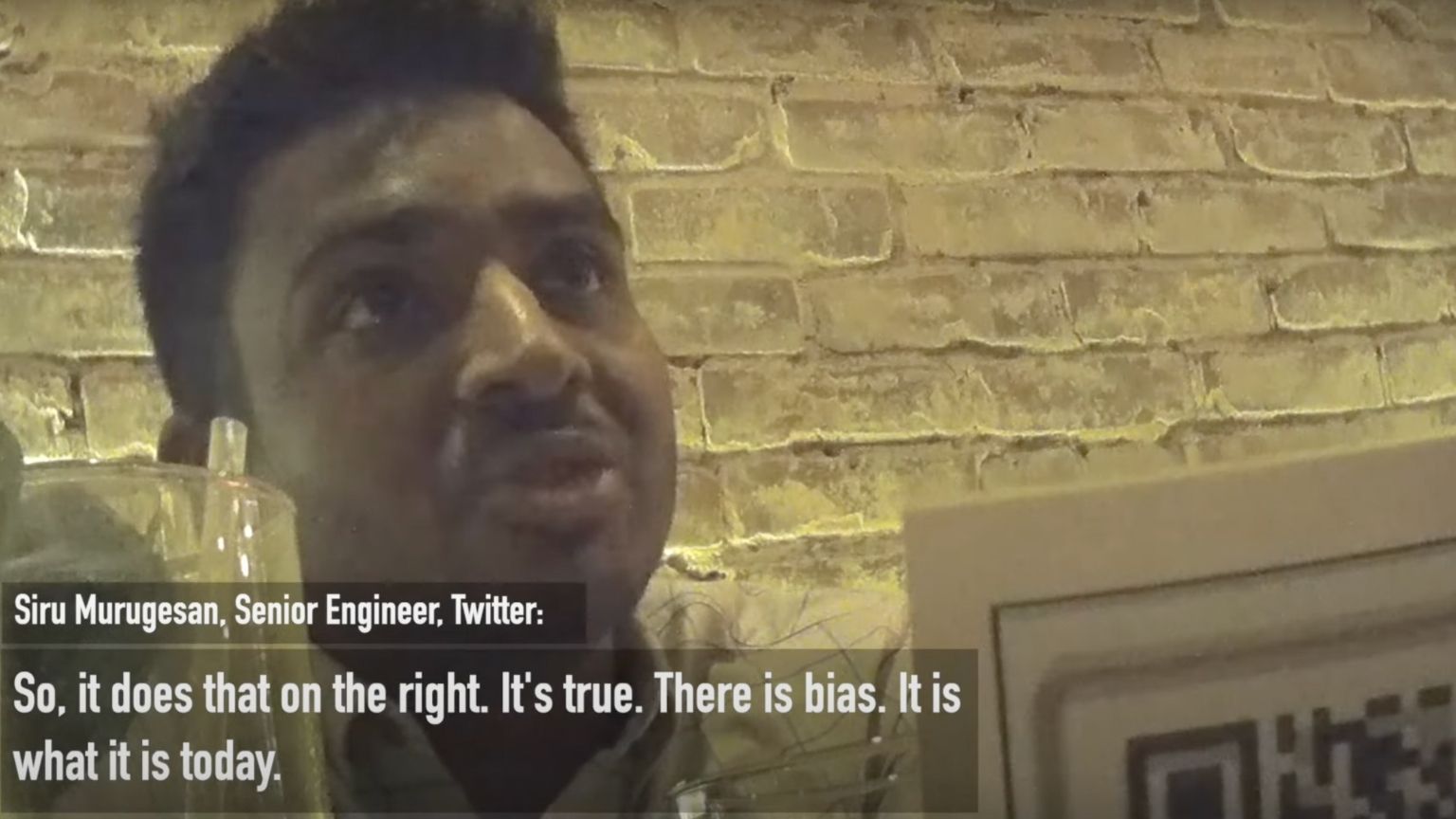 Investigative journalism outlet Project Veritas has published an undercover conversation with one of Twitter’s senior engineers discussing the extent of censorship on the platform and admitting bias in how the platform censors speech.

The footage also revealed the engineer’s opinions about how the staff is reacting to the likely acquisition by Elon Musk.

Twitter senior engineer Siru Murugesan said that many Twitter employees have said, “this would be my last day if it happens,” – in reference to the Musk acquisition. Murugesan also said that employees fear for their jobs.

“Our jobs are at stake; he’s [Musk’s] a capitalist and we weren’t really operating as capitalists – more like very socialist,” Murugesan said, before adding, “we’re all like commie as fuck.”

“Twitter does not believe in free speech,” Murugesan said, when the topic of Elon Musk’s support of free speech came up.

“Twitter does not believe in this value [free speech] as a platform. Because it’s not conducive to a business,” Murugesan said. “If you wanna run a business – like, even Facebook or Instagram, they don’t want people bullying and harassing…”

Murugesan went on: “For example, like if you bully a transgender, the right thinks it’s okay; the left does not.”

“Ideologically, it does not make sense like, because we’re actually censoring the right, and not the left – So, everyone on the right-wing will be like, ‘bro, it’s OK to say it, just gotta tolerate it.’

Murugesan concluded that: “It’s true. There is bias. It is what it is today.”

Just before Elon Musk moved to acquire Twitter he claimed that he was a “free speech absolutist,” adding that “By free speech, I simply mean that which matches the law. I am against censorship that goes far beyond the law. If people want less free speech, they will ask government to pass laws to that effect. Therefore, going beyond the law is contrary to the will of the people.”

In the United States, due to the First Amendment of the Constitution, lawmakers are broadly prevented from introducing laws to restrict speech.