The state department said it was an "honest mistake."
Share 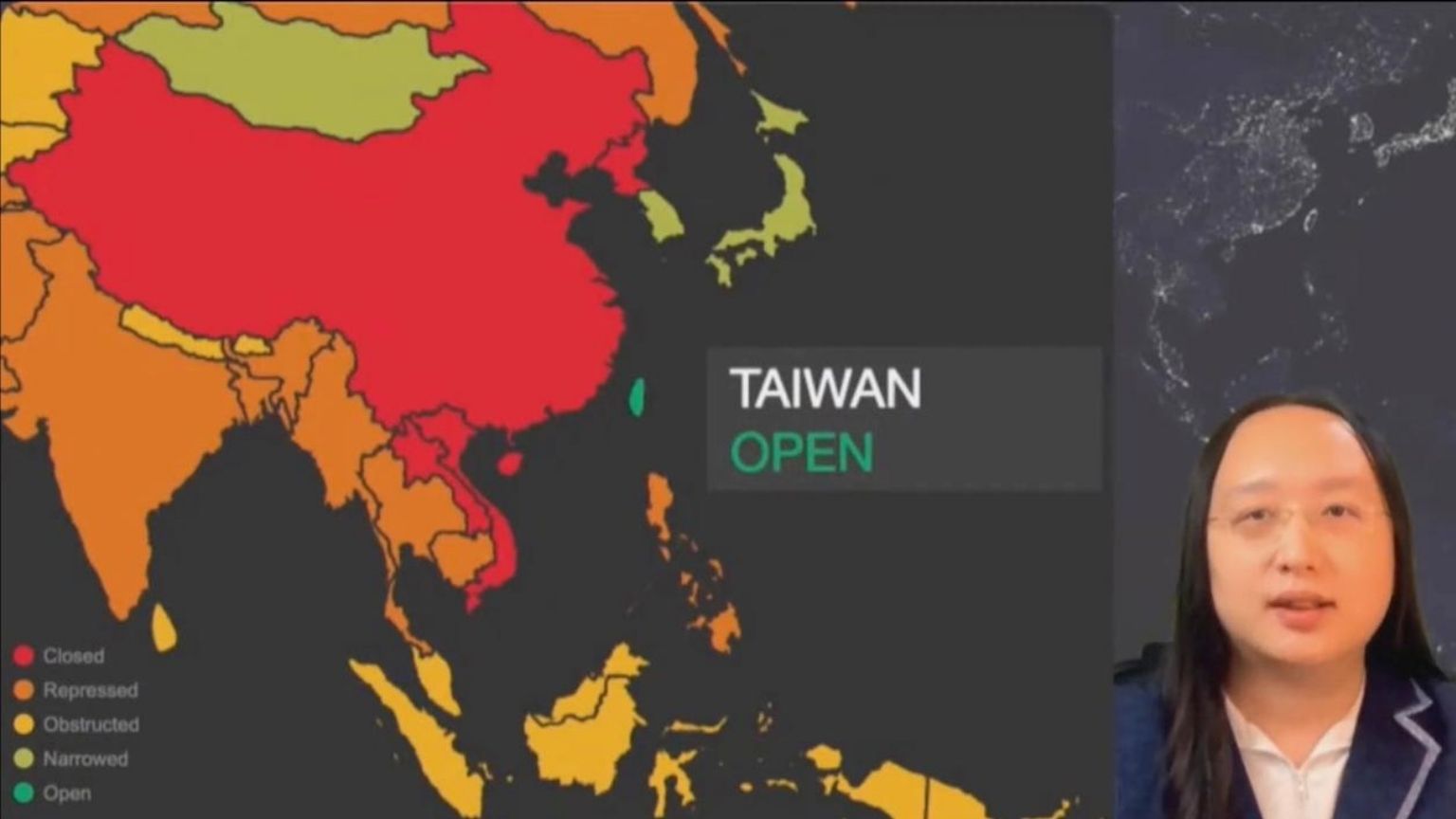 During President Joe Biden’s online Summit for Democracy, the video feed of a Taiwanese delegate was cut off after showing a slide of a map depicting Taiwan as independent from China. However, the map was about democracy, not sovereignty.

Two sources close to the issues told Reuters that Taiwan’s Digital Minister Audrey Tang was cut off for about a minute after showing the map.

Soon, Tang was back on, but this time, the feed was audio only, captioned: “Minister Audrey Tang Taiwan.” There was also a disclaimer that read: “Any opinions expressed by individuals on this panel are those of the individual, and do not necessarily reflect the views of the United States government.”

The US adopted the “one-China” policy, meaning it cannot recognize Taiwan, Tibet, and Hong Kong, as independent nations.

Washington still tries to show support for Taiwan, case in point, inviting it to the Democracy Summit.

The State Department blamed the incident on “confusion” in screen-sharing, and called it “an honest mistake.”

The slide that made White House officials uncomfortable featured a color-coded map created by a South African NGO that ranked countries by openness on civil rights. Taiwan was coded green, meaning it is “open” while its neighbors, including China, were coded red, meaning “closed.”

The incident happened at President Biden’s Summit for Democracy, which was touted as an effort to “tackle the greatest threats to democracies today through collective action.” Clearly, cutting off a Taiwan delegate was not very democratic.

One of Reuters’ sources felt cutting off the Taiwan delegate, who was speaking on “countering digital authoritarianism” to contradict the purpose of the summit, which was improving democracy.

Experts on the issue said that the map did not violate the US government guidelines, which, as of 2020, prohibited the use of US government maps that color coded Taiwan in a different color from China. But there are exemptions “when context requires that Taiwan be specifically singled out.”

“It was clearly not to distinguish sovereignty, but the degree of democratic expression,” said Douglas Paal, a former unofficial U.S. ambassador to Taiwan.