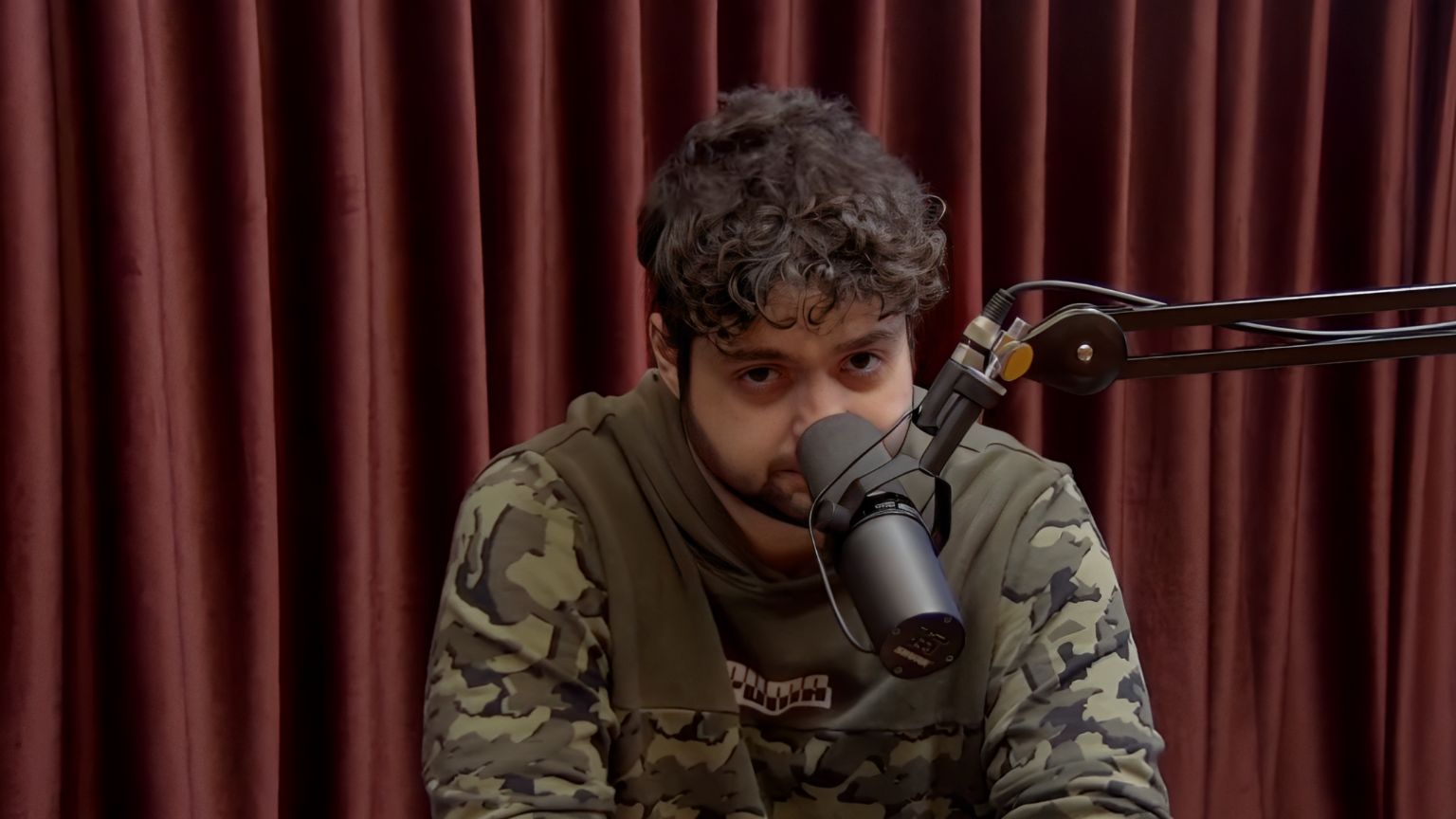 YouTube has blocked the channel of popular Brazilian commentator Bruno Aiub, aka Monark.

The free speech supporter announced the censorship on Twitter and blamed it on the Federal Supreme Court (STF).

“I was censored by the STF. We don’t live in a democracy. Follow me on Rumble/monark! How many days until the police come to my house?” he wrote, before adding that Alexandre de Moraes acts “like a dictator.” 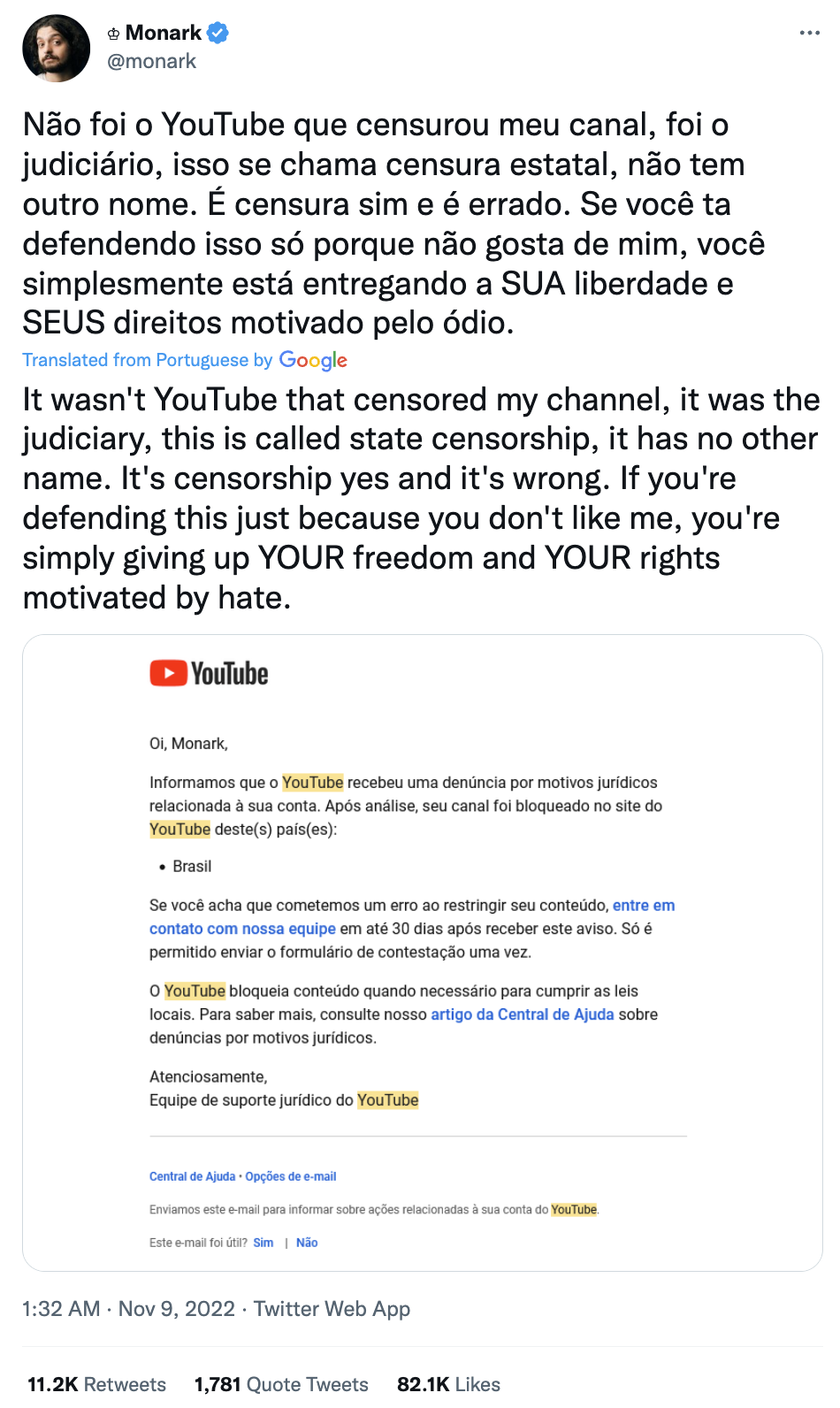 In recent times, Monark has been complaining about the censorship orders by the STF.

“We are living in a dictatorship of the judiciary,” he wrote about an order requiring economist Marcos Cintra to testify after he claimed the voting machines were fraudulent.

Alexandre de Moraes is a judge, currently at the Superior Electoral Court and the Supreme Federal Court, and has been using his position to hand out censorship orders to social media platforms, ordering them to censor anyone who shares what he says is “disinformation” about Brazilian elections.

Monark said Moraes is the most powerful person because he can silence people. “And what does he need to silence someone?” Monark asked. “He just needs a person to disagree with him. And if he thinks otherwise about what is going on, if he thinks it is fake news, or if he suspects that it might be fake news, or if he thinks that such information is out of context, he has the power to take that out of the internet. He is the owner of the truth in Brazil.”

Aside from Monark, political commentator and Bolsonaro ally Adrilles Jorge had his account suspended.

“My Twitter account has just been blocked. I don’t know why. And I didn’t call anyone for a coup. I didn’t even stir up a crowd. I didn’t report any Argentine. I just complained about the lack of freedom. Could be in a state of censorship in Brazil,” he wrote in an Instagram post.

Other Bolsonaro supporters that have had their Twitter accounts suspended include federal deputies-elect Cabo Gilberto Silva and Jose Medeiros. In an Instagram post, Medeiros wrote: “Elon Musk, where are you? Censorship exists in Brazil. They want to silence parliamentarians and the Brazilian people. The Democratic State is under attack.”