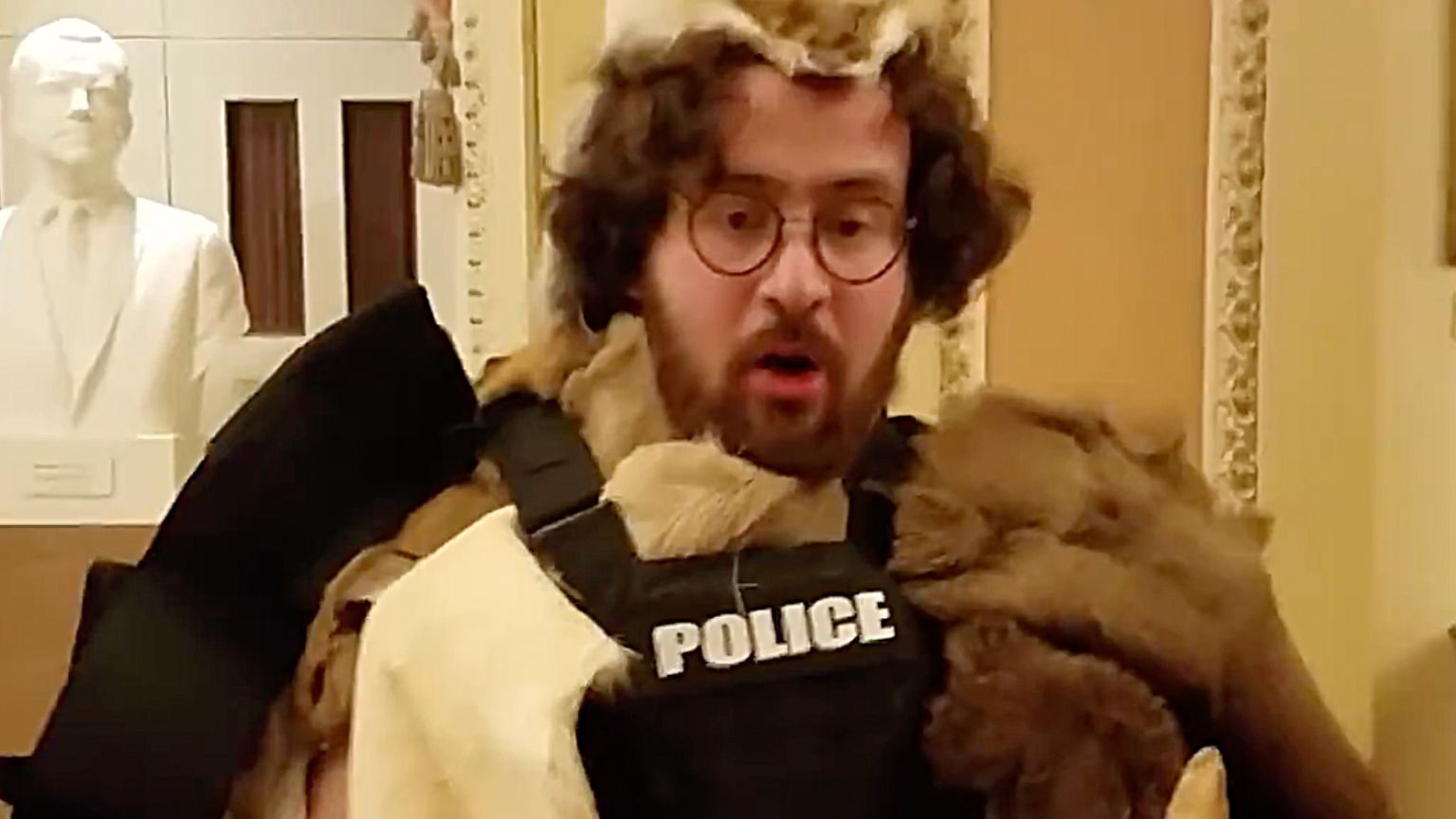 YouTube removed a video of the New York Post’s interview of Aaron Mostofsky, one of President Trump’s supporters who stormed the US Capitol on January 6, 2021. YouTube claimed the video was removed over election misinformation.

“We realize this may be disappointing news, but it’s our job to make sure that YouTube is a safe place for all,” YouTube said in the removal notice. The removed video was posted on the personal channel of the reporter who conducted the interview just before the riot began.

“Content that advances false claims that widespread fraud, errors, or glitches changed the outcome of the US 2020 presidential election is not allowed on YouTube,” the platform added.

Mostofsky, the son of Brooklyn Supreme Court Judge Steven Mostofsky, was one of the first rioters to storm the Capitol. He was clad in a fur costume, a police vest, and a police shield when he was interviewed by the Post. He said he had found the police gear.

During his trial, where he was sentenced to eight months in prison, it was revealed that he wore fur to show that “even a caveman knows the election was stolen.”

“Can you tell me what you’re doing here today?” the interview started.

“Well, to express my opinion as a free American, my belief that this election was stolen. We were cheated. I don’t think 75 million people voted for Trump, I think it was close to 85 million. I think certain states that had been blue for a long time had been red and were stolen like New York,” Mostofsky said.

“And where did you travel from?” the Post’s reporter asked.

“Can you tell me anything about the shield here?” the interviewer pressed.

“The shield? Found it on the floor. I found a cap and I gave it to the cops because it may be someone’s personal thing. This [shield], I have no idea. There’s no name. They probably just grab it. Looks like it’s been used a lot,” Mostofsky said.

“They shouldn’t be afraid,” he replied. “They should find their courage to do their duty … to examine the fraud, maybe delay the election. I don’t know what to do. But we have a Constitution. You don’t rewrite the law because of COVID. It’s not ‘Give me liberty or give me death, but COVID.'”

The video, which was posted 17 months ago, is clearly a journalistic piece, and even had a description specifying it was an interview conducted by the Post and a link to the reporting on the story. It was even used against Mostofsky by the prosecution.

“The Ruling Class has used Jan. 6 to wage a jihad against its political opposition, including an assault on our most basic rights such as free speech,” the Post wrote.

“Big Tech has reinforced the narrative that views antithetical to regime orthodoxy are dangerous and must be policed accordingly.”

Before the video was removed it had about 200,000 views. It was reposted on The Post’s YouTube channel on Tuesday.

The New York Post is no stranger to social media censorship, with its Hunter Biden story being suppressed by Twitter and Facebook during the 2020 election cycle.