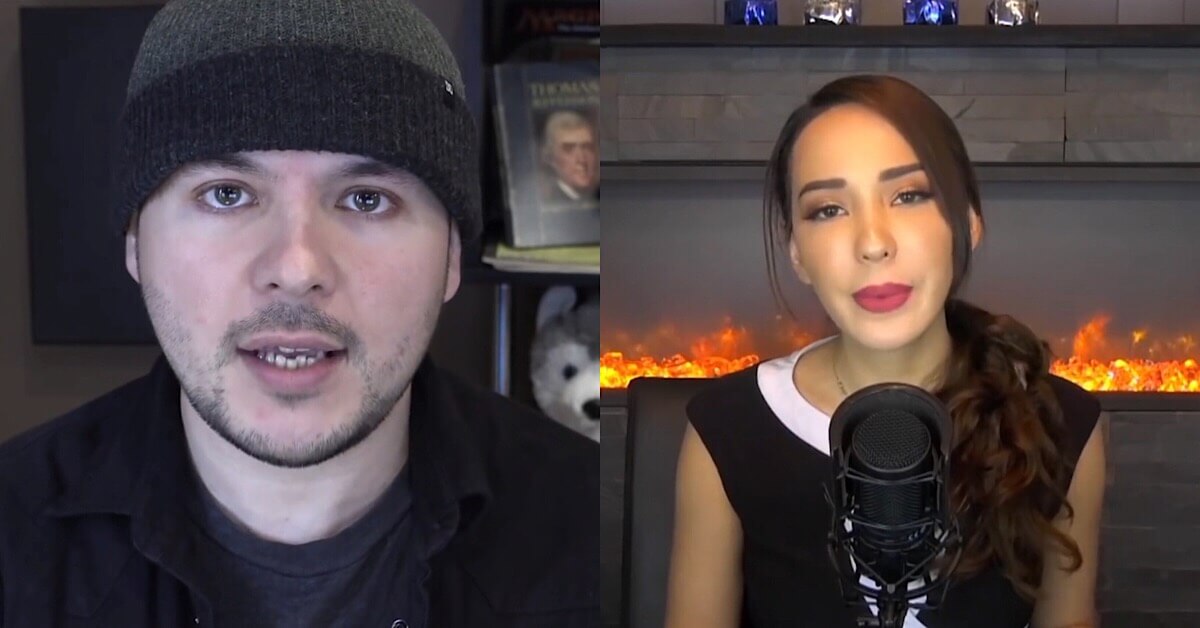 A company called Live Nation Video Network recently filed multiple false copyright claims against a number of high profile YouTubers including Tim Pool, Lauren Chen, and Ready To Glare which led to videos that were critical of Desmond the drag kid being taken down.

If you’re not familiar with Desmond the drag kid, he’s an 11 year old boy who dresses in drag. Since his story is very controversial, it’s attracted a lot of discussion and criticism on YouTube.

Live Nation Video Network copyright claimed videos from five different high profile YouTubers with a collective subscriber base of over 1 million subscribers. After the company started to get called out on social media for making these fraudulent copyright claims, it walked some of them back and some of the videos were restored. However, this incident still highlights that YouTube’s broken copyright system can be easily used to fraudulently silence criticism on the platform.

These fraudulent copyright claims from Live Nation Video Network were first reported by the political commentator Lauren Chen (also known as Roaming Millennial). She received a claim on her video titled “DRAG QUEEN KIDS: The New Normal?” which caused it to be taken down on YouTube.

The claim said Chen was using a copyrighted Refinery29 clip titled “Desmond is Amazing: If This Young Drag Queen Is The Future, We’re Feeling Great About 2018.” However, this clip is nowhere to be seen in Chen’s video.

The fake copyright claim against Chen was eventually released almost two days after it was filed.

Shortly after the takedown of Chen’s video, Live Nation Video Network filed a series of fake claims against the YouTuber Ready To Glare who provides commentary on various social issues. These claims all said that the same copyrighted Refinery29 clip was being used in three of Ready To Glare’s videos which are titled:

Like with Chen, none of Ready To Glare’s videos contained this Refinery29 clip but they were still taken down by YouTube.

The false copyright claims against Ready To Glare have now been dropped almost a day after they were filed.

3. Omegon says that he has also received a fake copyright claim from Live Nation Video Network

Around the same time, the YouTuber Omegon, a social and political commentator, said that he too had been copyright blocked by Live Nation Video Network for allegedly using the same Refinery29 clip. Omegon says that he didn’t use any of this footage in his video.

As with the above claims, this fake copyright claim against Omegon was ultimately dropped around a day after it was filed.

Live Nation Video Network continued its streak of filing fake copyright claims by going after a video from the journalist and political commentator Tim Pool. The video was titled “Drag Kid Family Investigated By Child Protective Services” and contained screenshots and news commentary.

Pool contacted @TeamYouTube about this fake copyright claim and shortly after he made contact, the fake claim was released.

Finally, after all these takedowns, the political and cultural commentator Daisy Cousens reported that two of her videos had been blocked as a result of fake copyright claims from Live Nation Video Network. These fake copyright claims once again alleged that Cousens was using the same copyrighted Refinery29 clip of Desmond the drag kid, despite the material not being in her videos.

Why is Live Nation Video Network filing these fake claims?

The most likely explanation for Live Video Nation filing these false copyright claims is that the company is trying to censor criticism of Desmond the drag kid and his parents.

However, it’s possible that Live Nation Video Network has outsourced its copyright claims to a rogue third-party company that is mass flagging videos on the topic of Desmond the drag kid, despite there being no copyright violation.

Since these third-party companies gain commissions based on the number of successful copyright claims they file and face no real repercussions for filing false claims, they’re often very aggressive and go after non-infringing content to boost their numbers.

Regardless of why Live Nation Video Network is doing this, it represents yet another example of YouTube’s broken copyright system. This system heavily favors people making the claim and doesn’t hold them accountable for making false claims. It also doesn’t give creators who receive false claims any effective recourse.

If you’re not familiar with how YouTube’s copyright system works, there are two types of claims:

Live Nation Video Network has been filing copyright strikes which means not only do the videos go down but if the strikes aren’t successfully disputed, the YouTubers can face penalties on their channels.

Incidents like this where Live Nation Video Network has walked back the claims and approved the disputes are rare. Since the person filing the original claim can decide whether to accept or reject the dispute, they’re often rejected.

Most of the time, the only real recourse creators have is going to court, which is time-consuming and expensive, or bringing attention to false claims and hoping that the public outcry is enough to encourage people to drop their false claims.

These fake copyright claims from Live Nation Video Network are the latest in a series of high profile examples we’ve seen that highlight how YouTube’s broken copyright system is often abused and used to take down negative coverage.

Most recently, the conservative comedian Steven Crowder was the victim of four false copyright claims which were filed against his Anti-Oscars Party live stream. These fake claims took down his live stream and blocked him from uploading the recordings of the live stream for over a week.

Last month, tech website The Verge also sent false copyright strikes to YouTuber’s who were criticizing and joking about their hilariously bad “How To Build A PC” video. Fortunately, YouTube recognized and quickly reversed these false copyright strikes but the incident still highlighted how YouTube’s copyright system can be abused to remove unfavorable coverage.

And before The Verge incident, the Twitch streamer Alinity infamously claimed on a live stream that she was going to copy strike YouTube star PewDiePie because he used a word that she didn’t like. Shortly after she said this, PewDiePie received a fake copyright strike on his channel. It was eventually revealed this strike was sent by a third-party working on behalf of Alinity but the entire incident once again showed how easy it is to abuse YouTube’s copyright system in order to remove negative coverage.

The copyright system on YouTube needs to be changed so that it’s fair for creators and holds people making false claims accountable. This could be achieved by:

YouTube doesn’t seem to want to fix its broken copyright system, so it’s unlikely we’ll see changes to the system any time soon.

However, we can still take a stand against false copyright claims by embracing alternative platforms like BitChute. When Tim Pool’s video was temporarily taken down on YouTube, it stayed up on BitChute.

By using BitChute, you can ensure that you still have a live copy of your video in the event of a fake copyright claim on YouTube. It also helps BitChute to grow and places more competitive pressure on YouTube which then gives YouTube a greater incentive to fix its broken copyright system.