The former Arkansas governor wants all users to be forced to use their real name.
Share 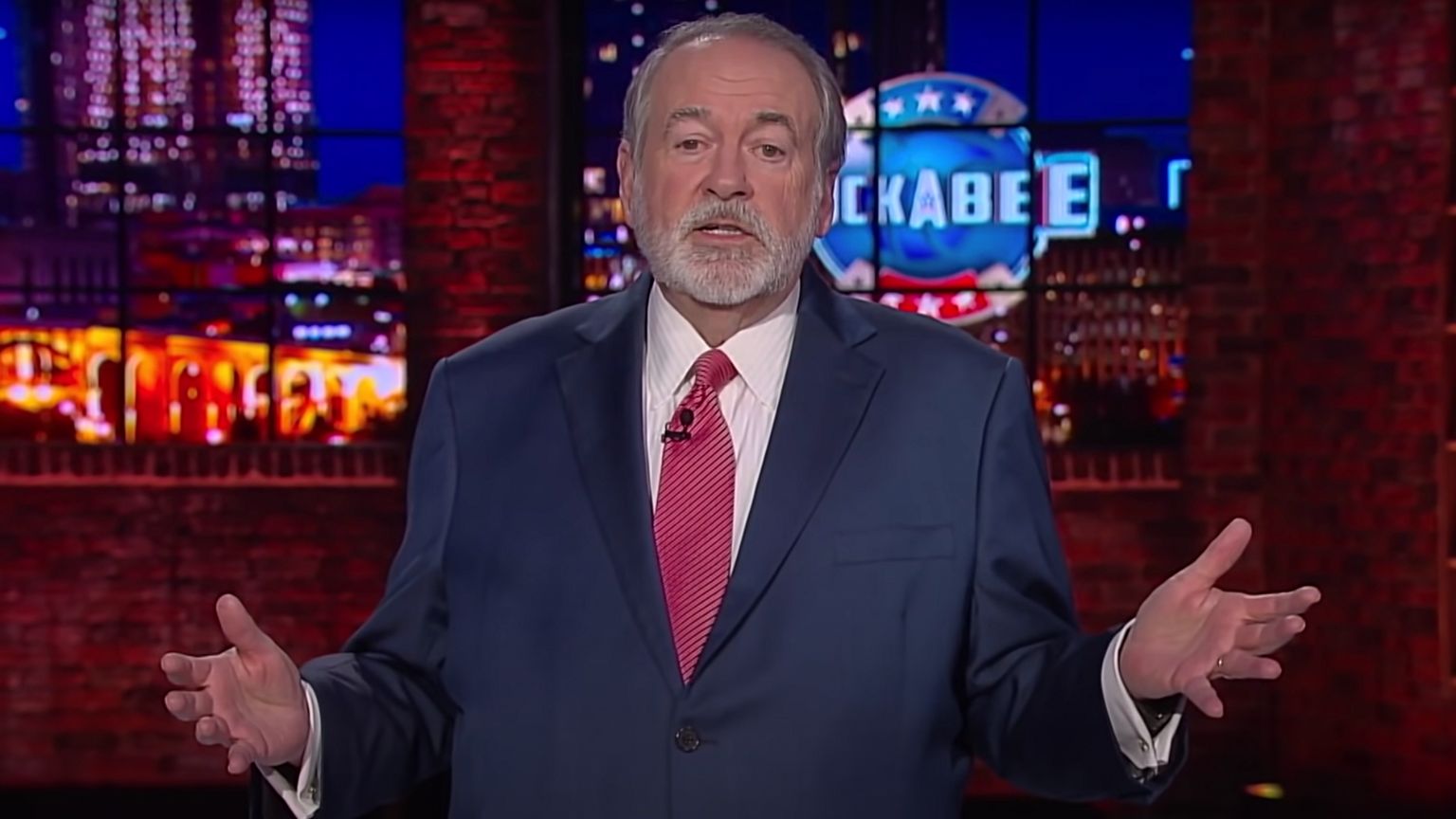 Former Arkansas governor Mike Huckabee has asked Elon Musk to remove online anonymity if his Twitter bid becomes successful, sparking concern from privacy advocates about how Musk will “authenticate all humans” and whether it will involve users handing over ID to use the platform.

“I hope @elonmusk will insist that all Twitter posters use their real names & not be keyboard cowards hiding behind silly little sophomoric screen names. Be man enough or woman enough (if you even know what that is) to stand by what you say! If you can’t own it don’t say it,” Huckabee tweeted. 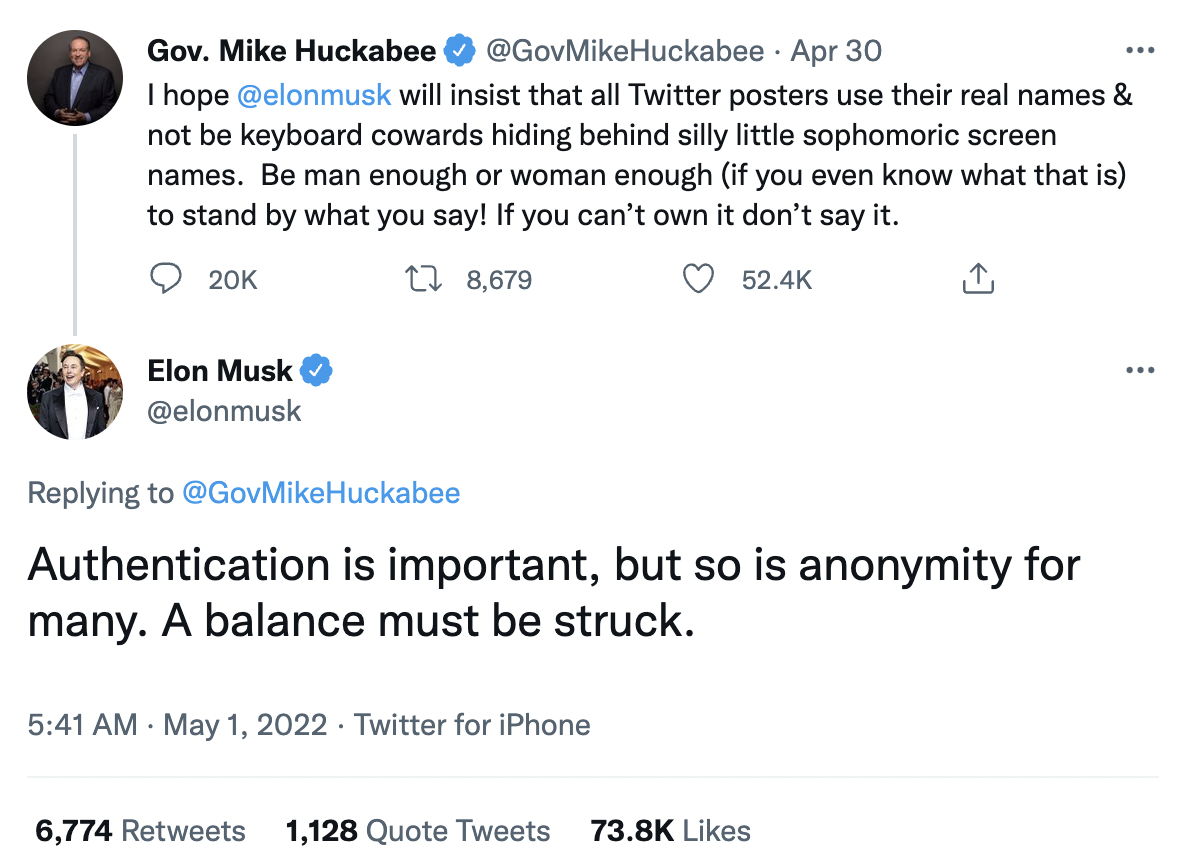 Twitter has distinguished itself from other platforms like Facebook by allowing users to use pseudonyms. For that reason, people who need anonymity, like whistleblowers and dissidents in repressive regimes, people living in countries where anonymity is the difference between life and death, or even those who have opinions that go against the mainstream, have had a place where they can speak freely without fear of retribution.

In a new tweet, Musk replied to Huckabee indicating that there will be a balance when it comes to authenticating users vs preserving anonymity.

In a series of tweets, US Naval Academy’s associate professor of Cybersecurity Law Jeff Kosseff explained why Twitter should continue to allow anonymity.

“The Musk/Twitter press release states that the company will authenticate ‘all humans.’ I’m not sure what this means, but there is at least a chance that it could compromise users’ ability to be anonymous. In this thread I explain some concerns with this possibility,” Kosseff wrote.

“At least some high-profile commentators have interpreted it as banning anonymity/requiring ID verification. If that is the case, and it applies to “all humans” (rather than just making verification an option for everyone), then that could threaten some of the values that have helped to define and distinguish Twitter from platforms like Facebook that have always required real names.”

Twitter itself supported anonymity in a 2021 blog post, citing a PhD graduate who was able to express her frustration with the lack of job prospects without fearing her current employer would retaliate or losing potential employers.

“Being able to express vulnerability and the messiness of real life is important to Brooke, which is why she Tweets under a pseudonym,” the post read. “This is the handle where she can be herself, including talking frankly about the challenges of job searching, without worrying about turning off a potential employer.”

If Twitter were to collect ID on users, dictatorial governments would be able to pressure it to provide personally identifiable data of critics, journalists, and dissidents. That would contradict Musk’s stand of free speech stance.