Fraidycat, a tool that pulls websites and social networks into one algorithm-free feed, gets an update

Over the last decade or so, there’s been a massive shift in the way technology works. Due to the mass adoption of internet use, tech giants started to take it upon themselves to make decisions for you – from what you need to what you like, so they can use sexy marketing terms like “predictive” or “preference-based.”

This trend has increasingly left advanced users frustrated in the dust. Which is why RSS still has a very dedicated cult following, even though the service seems to have all but died off. 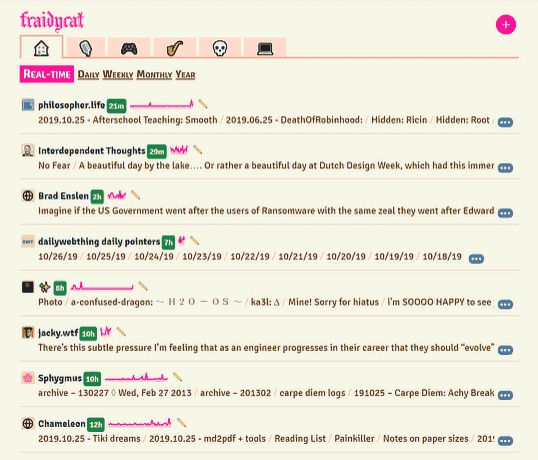 This simple, nifty little tool punches far above its weight. With quotes like “For once, the point isn’t for the tool to discern your intent from your behavior; the point is for you to wield the tool, as if you are a rather capable kind of human being,” their product description reads like a manifesto voicing the channeled frustrations of all who long for the earlier days of the internet when tools were actually useful, and users actually had control over them.

On the surface, Fraidycat seems like yet another RSS feed reader. Except, thanks to a recent update, Fraidycat can easily become your main window into the online world.

The idea is simple, as tools should be.

You add a link to the account/feed you’re interested in and set the frequency. That’s it.

You can even organize your feeds by custom labels. If you want to, say, keep NSFW content separate from the feed you browse while at work, for example.

Fraidycat is available for Windows, Mac, Linux, Firefox and Chrome – with mobile apps actively in the works.