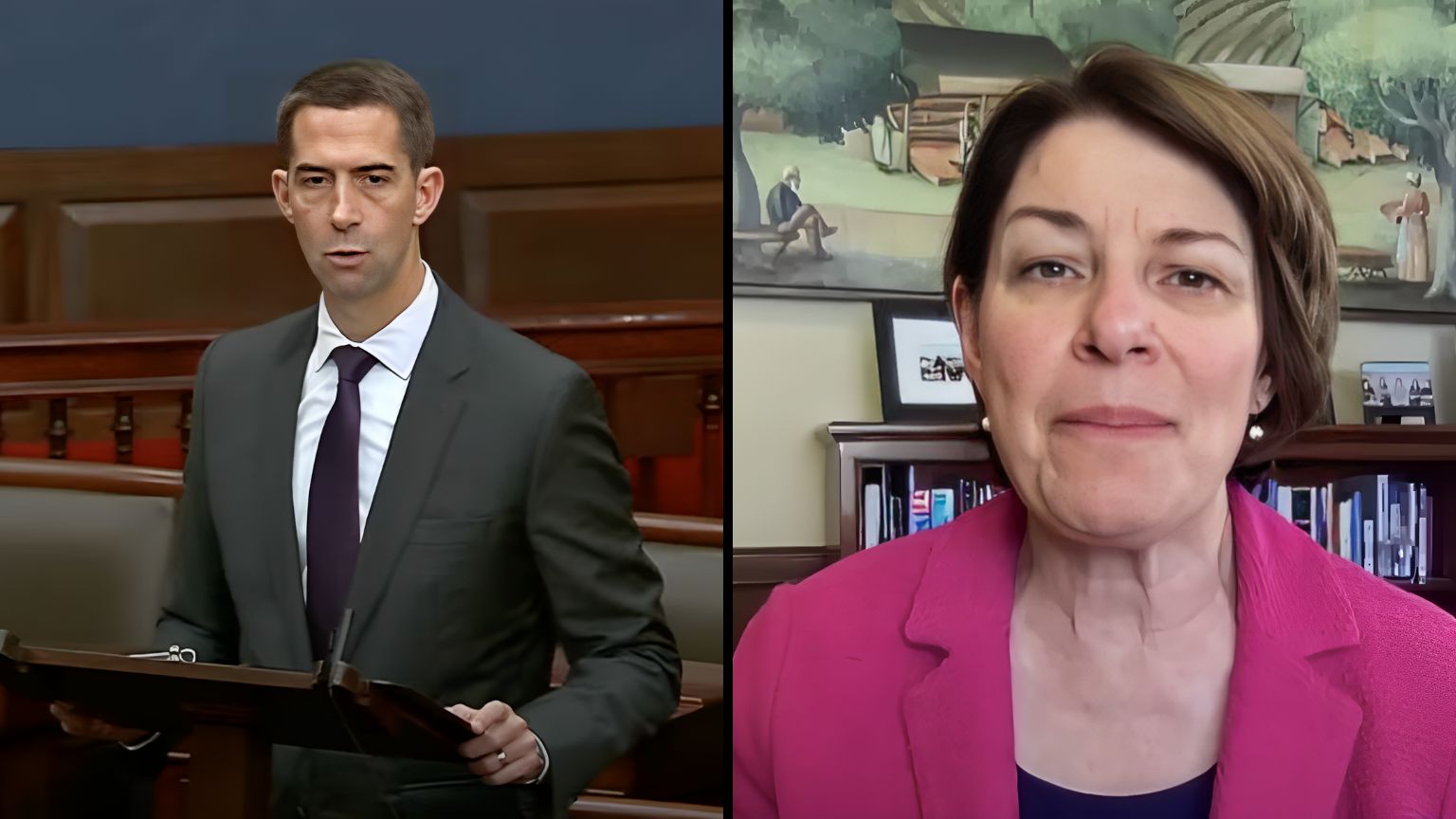 Senator Tom Cotton has said that liberals and Democrats are supporting the Journalism Competition and Preservation Act, a controversial bill that would allow media organizations to form cartels to negotiate with Big Tech companies, because it promotes censorship.

“There’s a reason that Dems and the liberal media universally support the Journalism Competition and Protection Act. And it’s not because they want to protect free speech for conservatives,” Cotton tweeted after a Senate Judiciary Committee meeting where Cruz supported the bill after certain amendments. 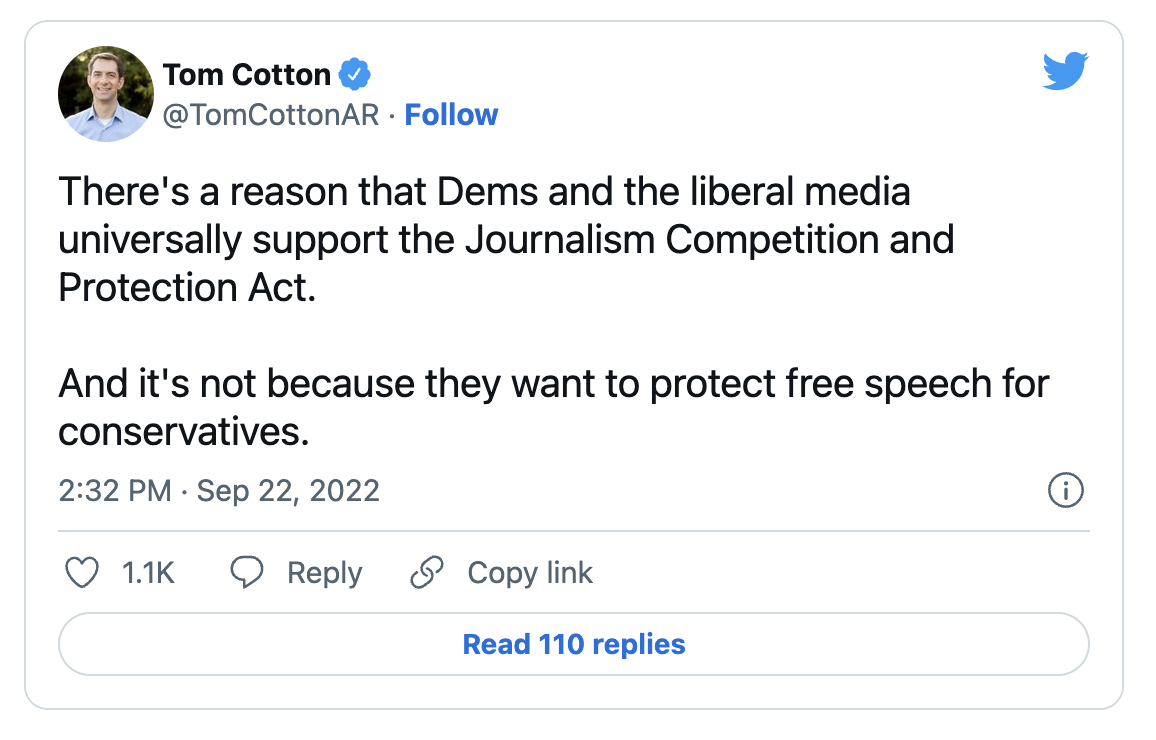 During the hearing, Senator Amy Klobuchar, a Democrat, argued that the bill is “not about content”, it is “simply about negotiating prices.” But according to critics of the bill, the bill is about censorship.

The bill contains a provision that would allow “eligible” media organizations to form a cartel to “create admission criteria for membership unrelated to the size of an eligible digital journalism provider or the views expressed by its content, including criteria to limit membership to only eligible publishers or only eligible broadcasters.”

The determination of the “eligible” media outlets is the sticking point as the media cartels might exclude other outlets based on subjective factors like hate speech, authoritativeness, fake news, trustworthiness, misinformation, conspiracy, and expertise, Breitbart reported.

That might result in the cartels becoming arbitrary “fact-checkers,” continuing with mainstream media attempts to discredit independent outlets and maintain their own dominance in mainstream news.

“The Journalism Competition and Protection Act (JCPA) lets the media form a cartel to negotiate w/ big tech,” Cotton tweeted on Wednesday. “Conservatives should oppose special treatment for favored industries, and a cartel will lead to more censorship. Republicans should vote NO on the JCPA.” 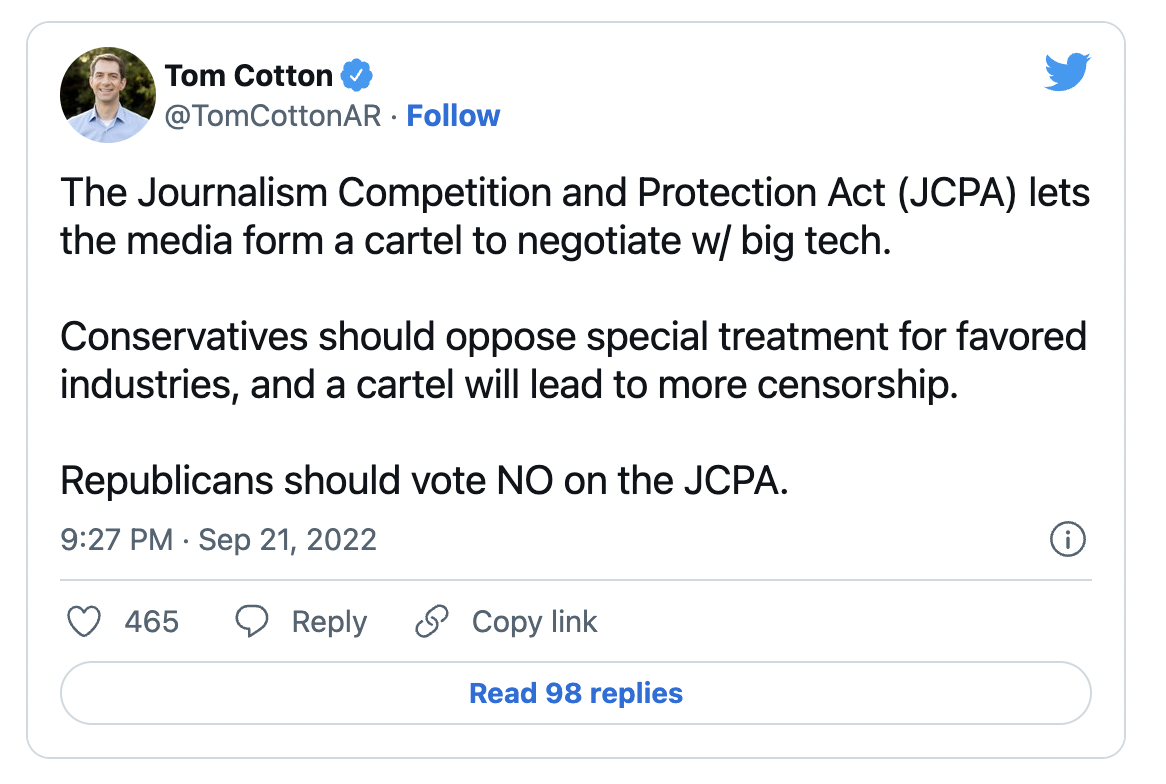 During a Judiciary Committee meeting on September 8, Senator Alex Padilla, a Democrat, hinted that the bill is really about censorship, not protecting local news as its supporters claim.

“How will this bill help or hurt our efforts to combat hate speech and disinformation online that have poisoned our discourse in recent years as Senator Kennedy has lamented?” he asked.