Its third record setting quarter of the year.
Share 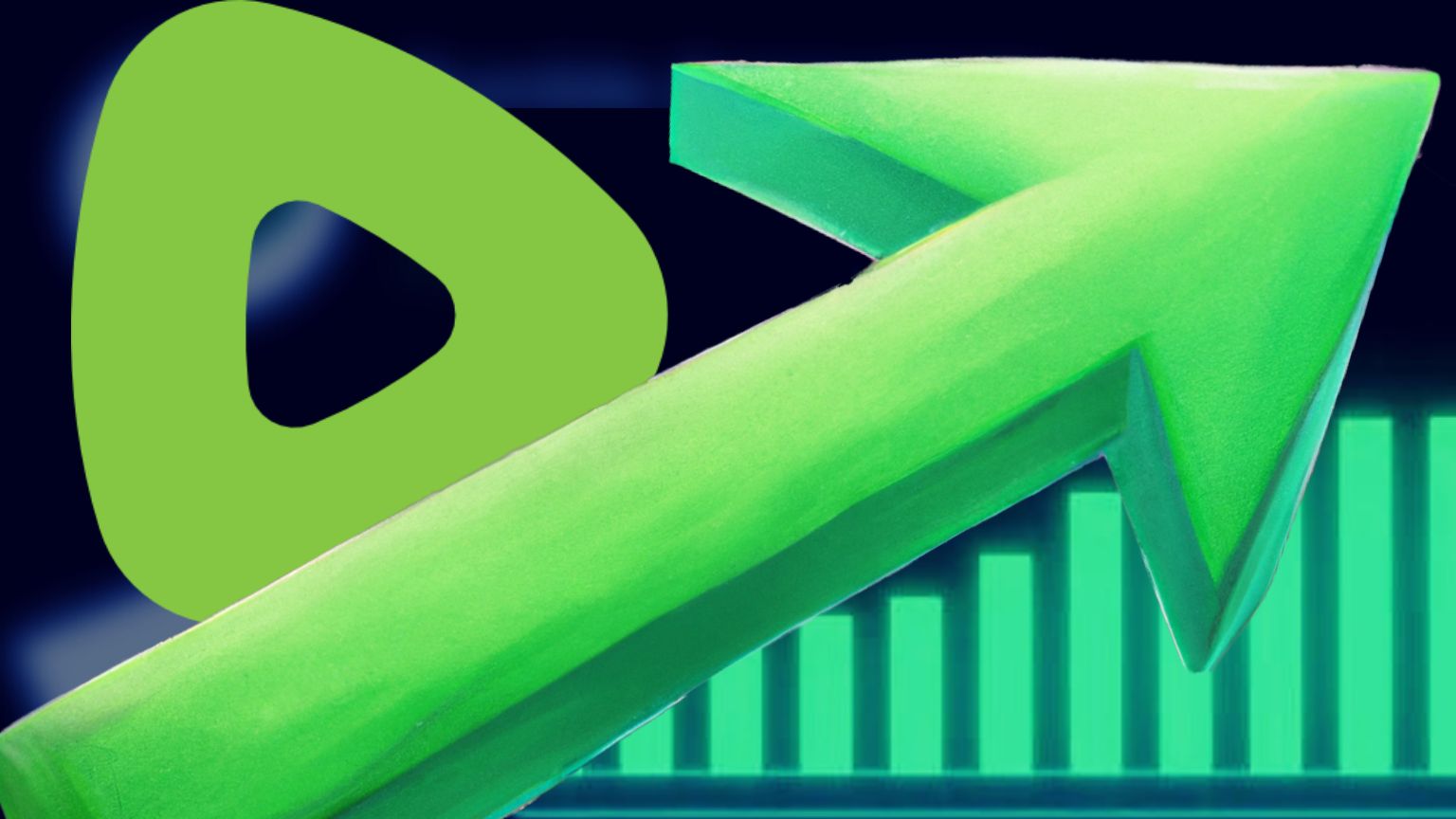 Rumble’s revenue also hit a new record high of $11 million for the quarter. This represents a 430% increase compared with Q3 2021’s revenue of $2.1 million.

Additionally, Rumble’s hours of video uploaded per day and average minutes watched per month increased during the third quarter of 2022.

And average minutes watched per month climbed to 9 billion compared with 7.9 billion in the third quarter of 2021 — a 14% increase.

“Our third quarter was a milestone for the Company for numerous reasons,” Rumble Chairman and CEO Chris Pavlovski said. “First, the quarter concluded with the completion of our business combination with CFVI. As a result, Rumble became a publicly traded company on Nasdaq under the symbol ‘RUM.’ Importantly, in the process of the business combination, we retained nearly all of the cash in the trust account – 99.9% of CFVI shareholders elected not to redeem their shares. This provided us with maximum liquidity from the transaction and demonstrated a true vote of confidence in our mission and platform. Ultimately, the transaction provided the funds needed to advance our business initiatives.”

Pavlovski noted that during Q3 2022, Rumble had “continued to build out and test the groundwork to monetize our existing user base and consumption, further defend our cancel-proof foundation, and enhance our products.”

The Rumble CEO also discussed Rumble’s 2023 focus which will include building out infrastructure for Rumble Cloud, the company’s cloud web hosting service, and focusing on monetization.

This is Rumble’s third record setting quarter of the year. In Q2 2022, it reported record numbers of MAUs and uploaded content. And in Q1 2022, it set record all-time highs in all of its key performance measures.

Rumble also recently reported that it had a record number of users and live stream viewers on US midterm election day (November 8, 2022).

Over the last few months, Rumble has committed to allowing users to speak freely, brought new creators to the platform, and added several new features.

Earlier this month, the French government attempted to pressure Rumble into censoring content but Rumble refused and exited the country.

Some of the new features Rumble has rolled out in recent months include pre-roll ads and in-app notifications for live streams. It has also launched and expanded its in house ad platform, Rumble Advertising Center.